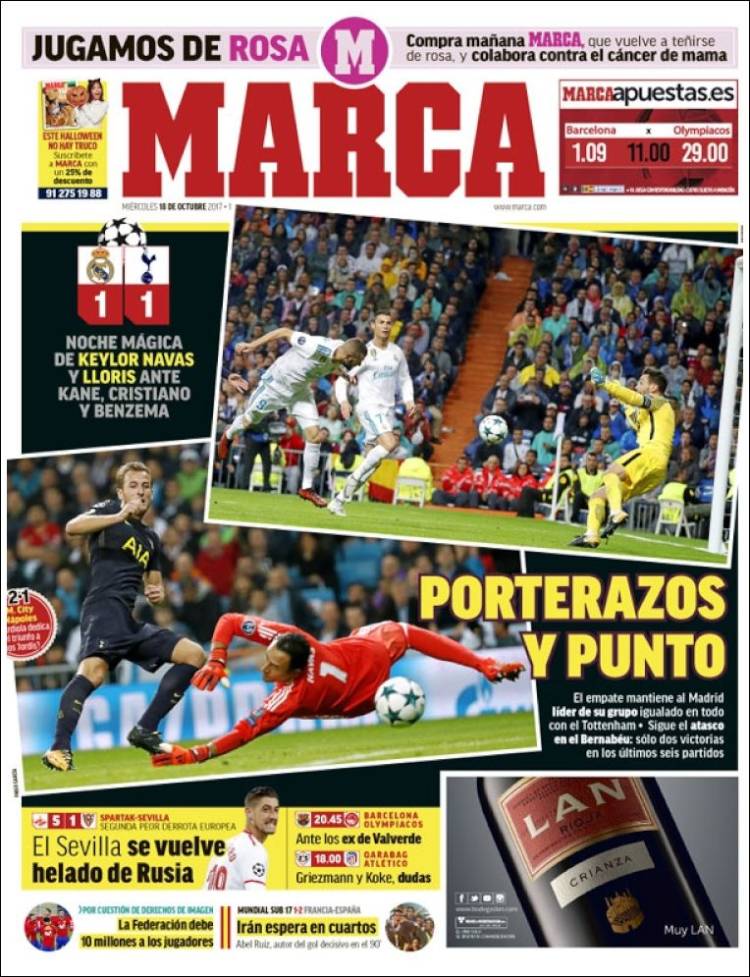 Great goalkeepers and a point

A magical night from Keylor Navas and Lloris against Kane, Cristiano and Benzema

The point maintains Madrid as group leaders equal with Tottenham

The deadlock continues at the Bernabeu

Only two victories in the last six games 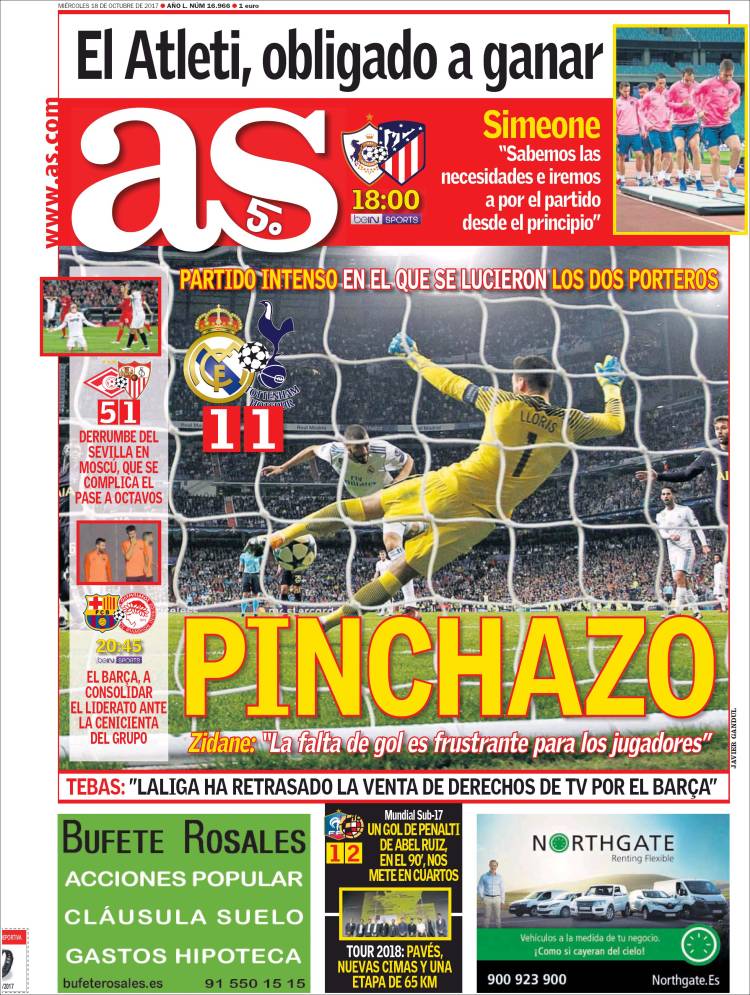 Zidane: “The lack of goals is frustrating for the players”

An intense match in which the two goalkeepers shone

Sevilla collapse in Moscow, which complicates their passage into the last 16

Barca, looking to consolidate their leadership against the Cinderellas of the group

Simeone: “We know what we need and we’ll go for it from the start”

Tebas: “La Liga has delayed the sale of tv rights because of Barca” 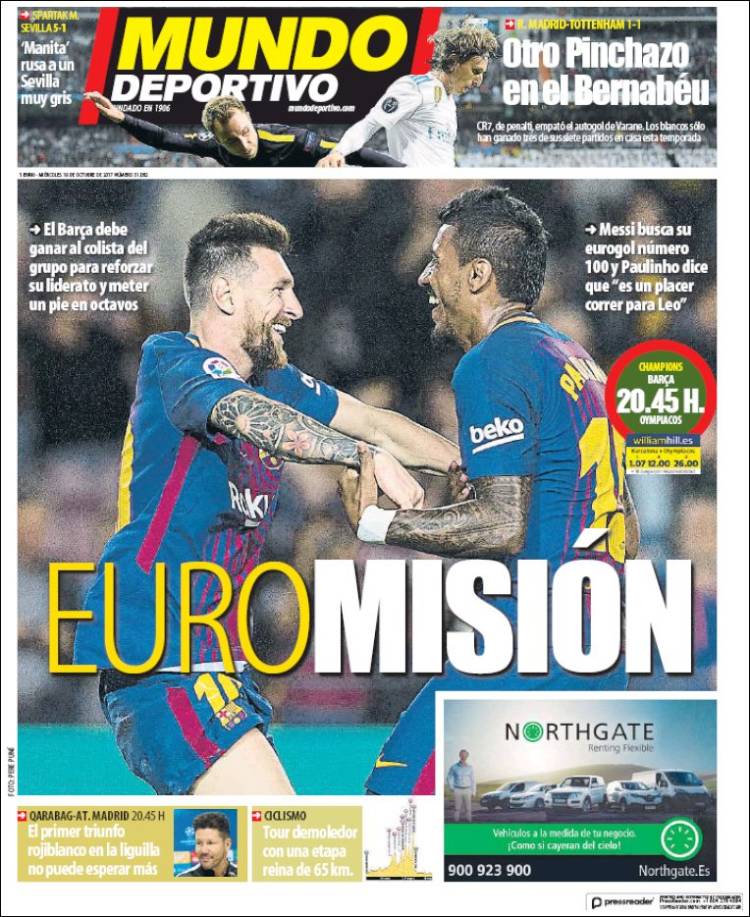 Another puncture at the Bernabeu

The first Rojiblanco victory in the group cannot wait any longer