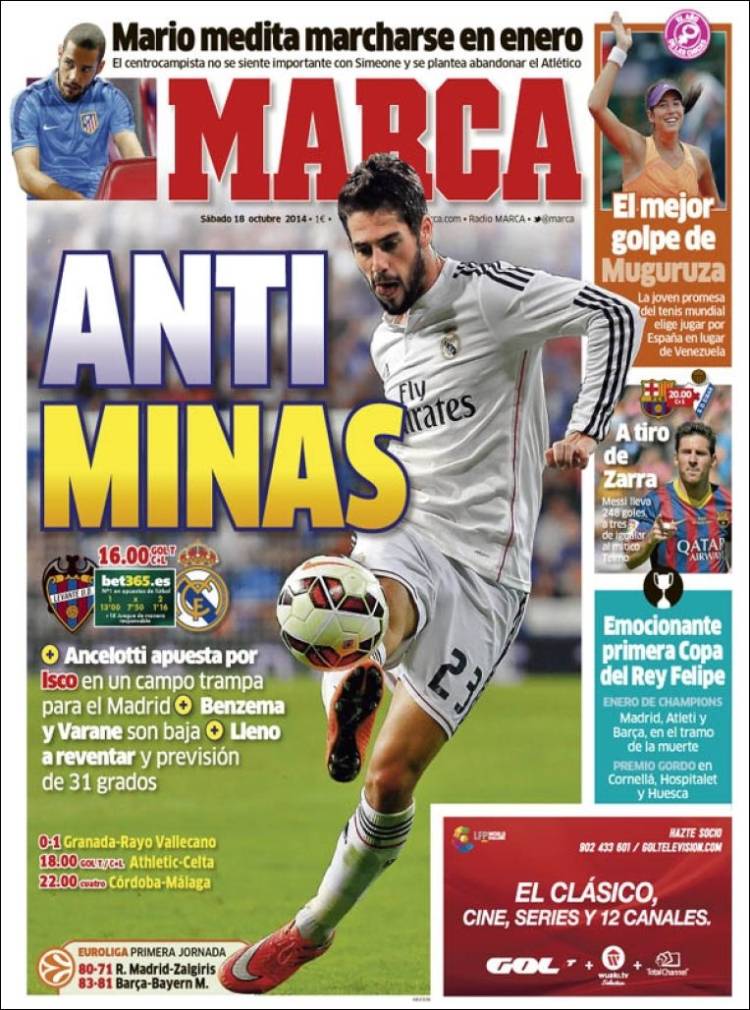 Benzema and Varane out

Full to bursting and 31 degrees predicted

Mario thinks about leaving in January; the central midfielder doesn’t feel important to Simeone and plans his Atletico departure

Zarra within reach; Messi has 248 goals, three away from equalling the mighty Telmo

A January of Champions; Madrid, Atleti and Barca in the section of death 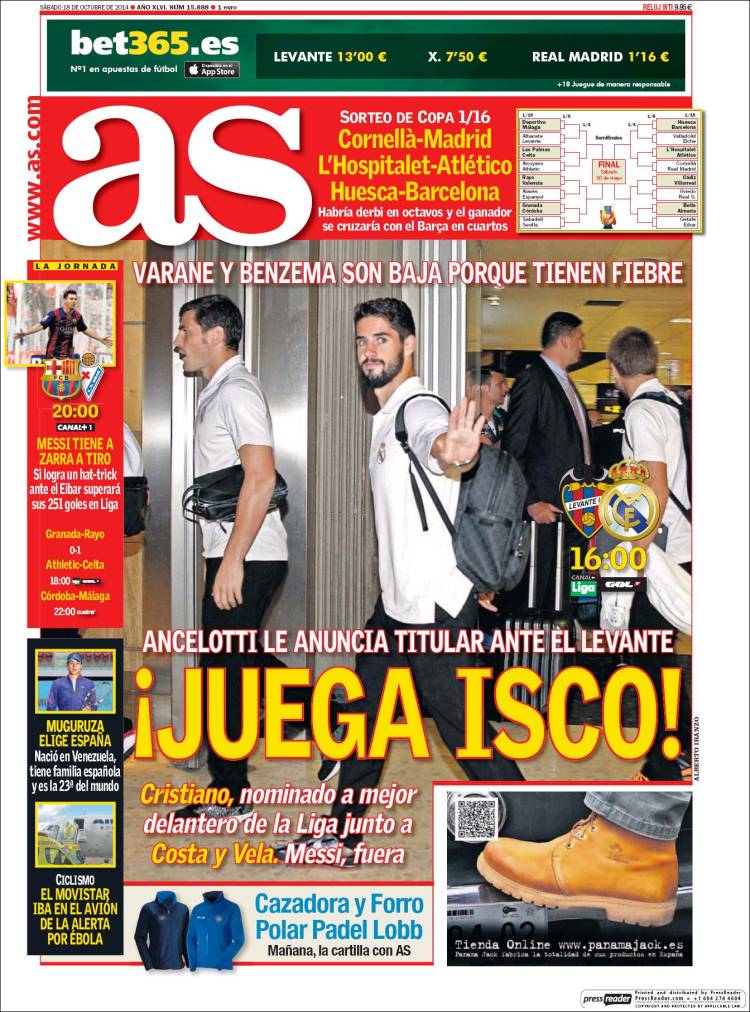 Varane and Benzema out because they have a temperature

Draw for the Last 32 of the Cup

Messi has Zarra within reach; if he gets a hat-trick against Eibar he will surpass his 251 La Liga goals 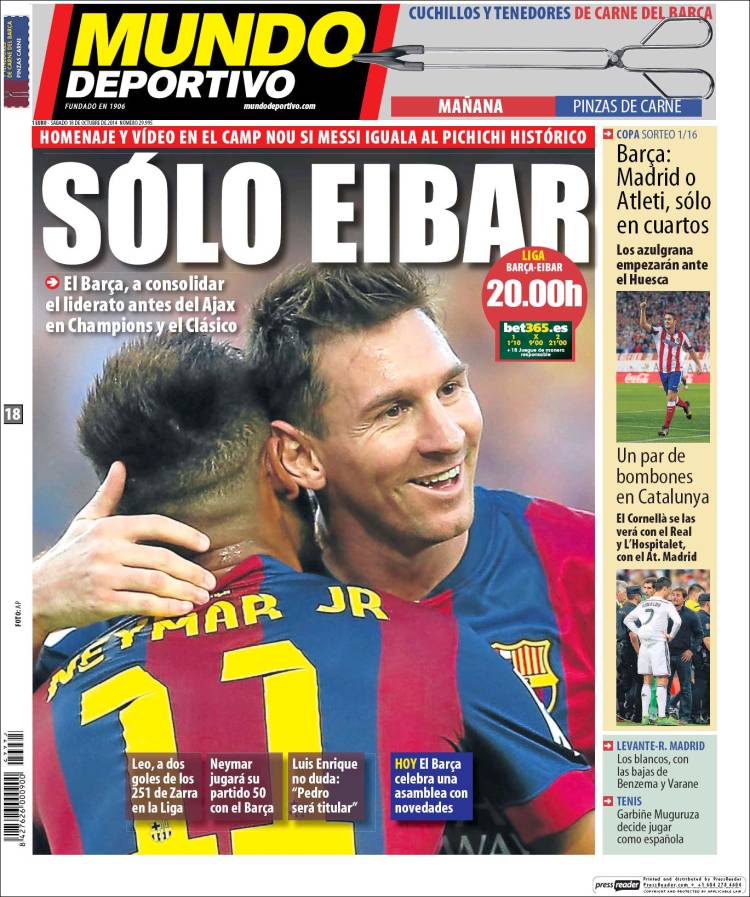 Neymar will play his 50th game for Barca

No doubst for Luis Enrique: “Pedro will start”

Draw for the Last 32 of the Cup

Barca: Madrid or Atleti, only in the quarter-finals

The Azulgrana will begin against Huesca

A couple of beauties in Catalonia; Cornella will see Real visit, while L’Hospitalet host Atletico Madrid

Levante-Real Madrid; Los Blancos with Benzema and Varane out