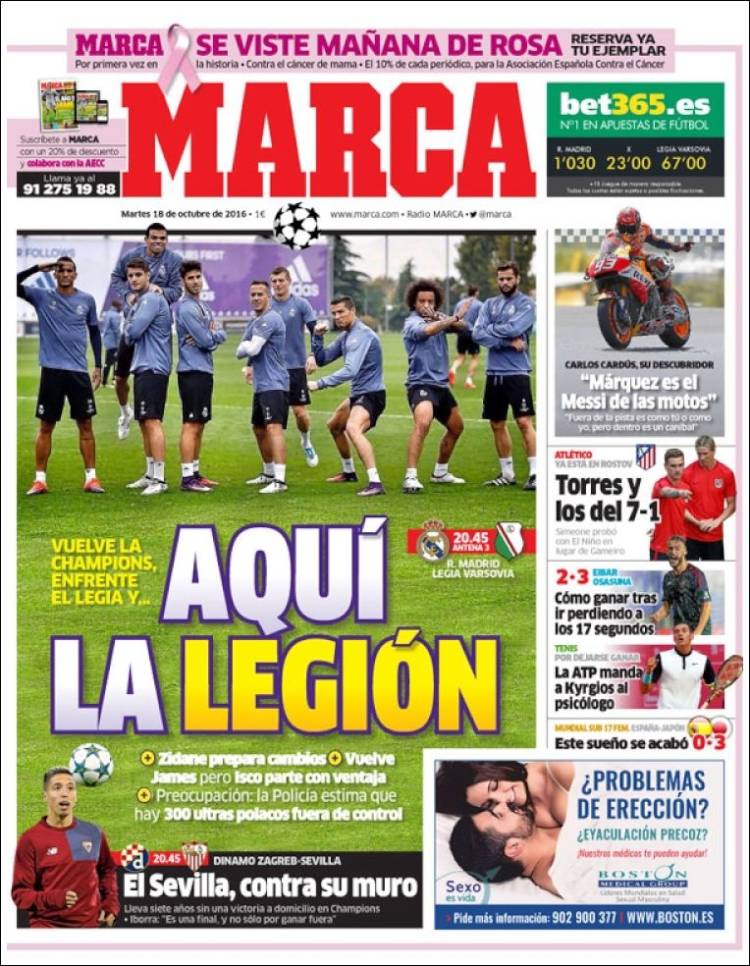 Here is the legion!

The UCL returns as RM take on Legia Warsaw

Zidane prepares changes, James returns but will have a part behind a leading Isco, the police estimate 300 Polish ultras will be at the match

Sevilla against the wall - Six years without a CL victory, Iborra: 'It's a final, and not only for us to win away' 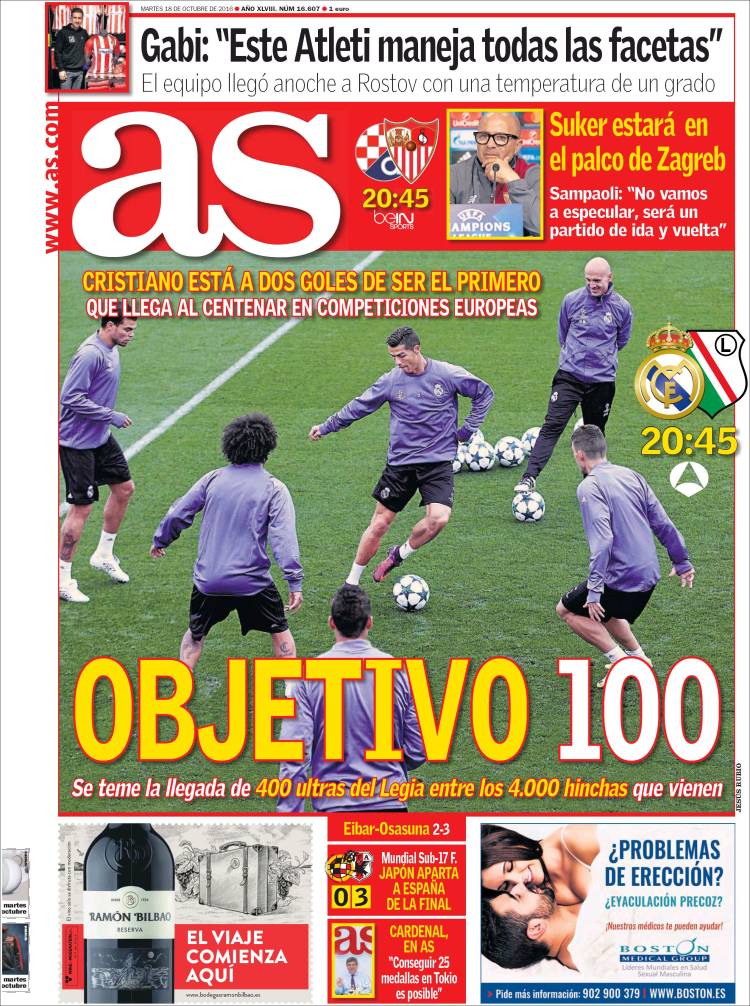 Gabi: 'This Atletico handles all the sides'  - the team travelled to Rostov last night

Suker to be in the box in Zagreb - Sampaoli: 'We won't go to speculate, we go there and hope to return with a win' 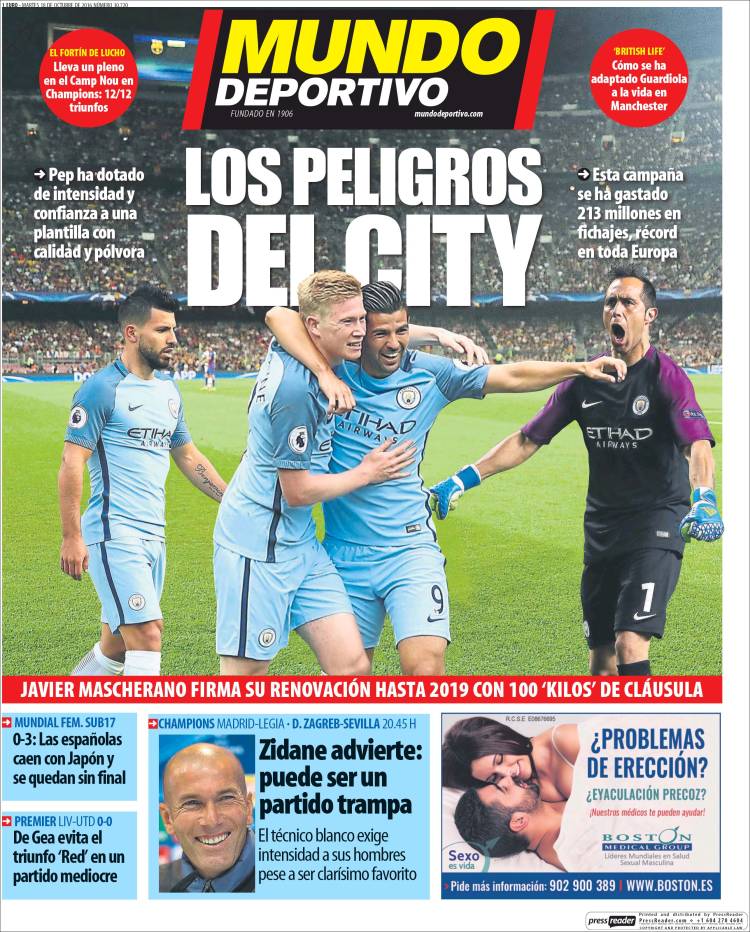 The dangers of City

This side spent €213m in transfers this year - a global record

'British life' - how has Guardiola adapted to life in Manchester

Zidane: it can be a trap game - he requires intensity from his team in a game they are clear favourite