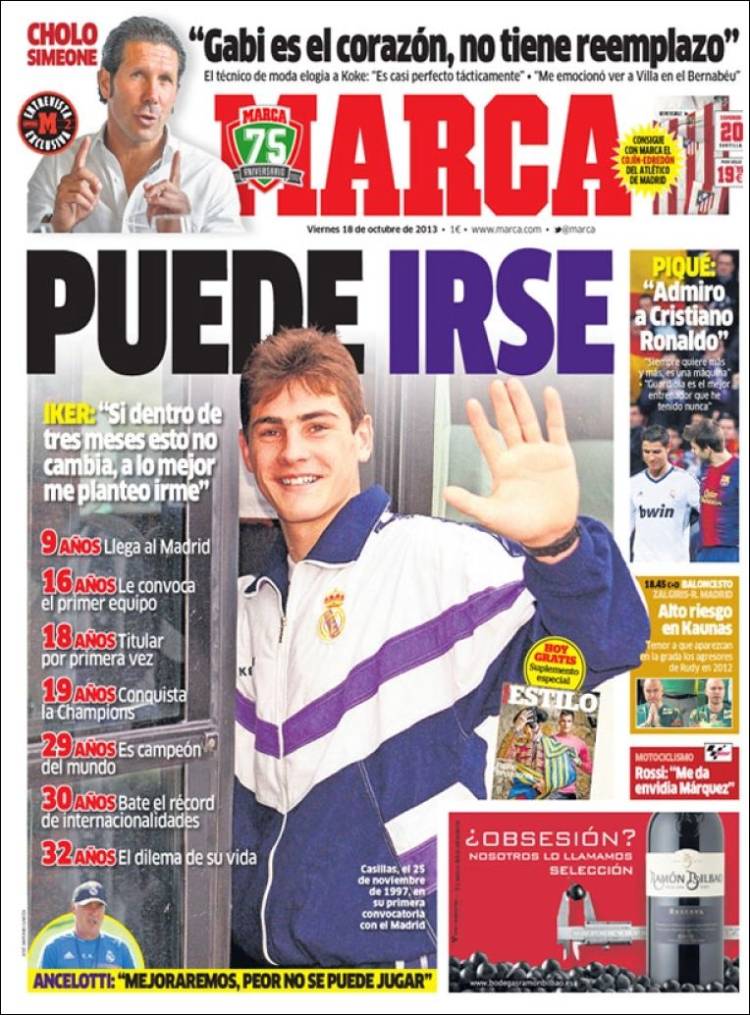 Iker: "If in three months the situation has not changed, maybe I could leave"

At 9-years-old, he arrived at Madrid

At 16-years-old, he made his first appearance for the first team

At 18-years-old, he made his first starting appearance

At 19-years-old, he won the Champions League

At 29 years-old, he was world champion

At 30-years-old, he beat the record for international appearances

At 32-years-old, he is faced with the biggest dilemma in his life 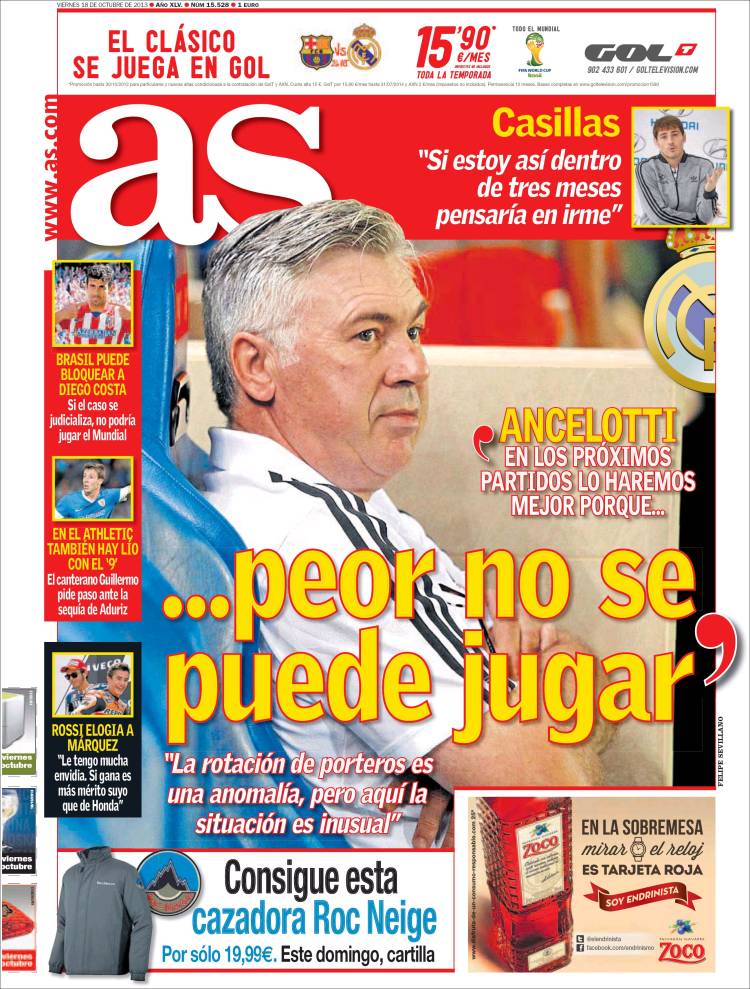 Ancelotti: "We will improve, we cannot play worse"

"He always wants more, he is a machine"

"Guardiola is the best coach I have ever had"

El Cholo: "Gabi has hard, but is not indispensable"

The coach of the moment eulogises about Koke: "Tactically he is perfect"

"I am excited to see Villa at the Bernabeu"

Motorcycling, Rossi: "I am envious of Marquez"

Ancelotti: "In the coming games we will improve because....we cannot play worse"

"The rotation of goalkeepers is an anomaly, but here the situation is unusual"

Casillas: "If in three months nothing changes, I could think of leaving"

If in the case goes to court, he could not play in the World Cup

Athletic also have a mess in regards to number 9

Rossi eulogises about Marquez: "I have much envy, if he wins he will deserve it" 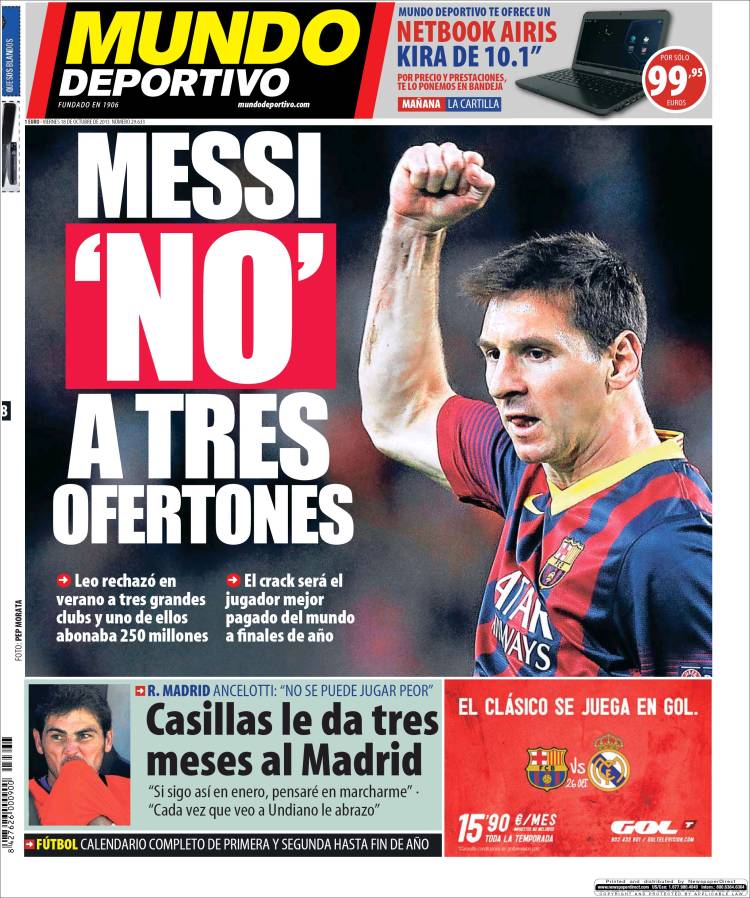 Leo rejected the approaches from three big clubs, one of them was prepared to pay €250m

"If I continue like this to January, I could consider leaving"

"Every time that I see Undiano, I give him a hug"