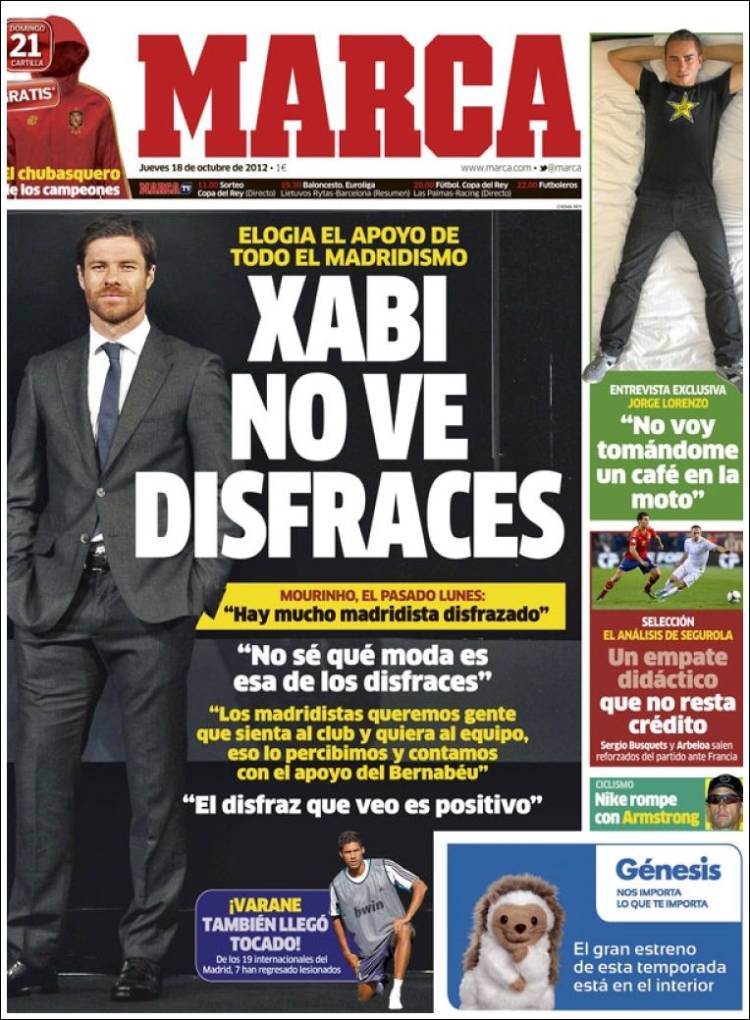 Pepe does not see disguises

He praises the support from all Madrid fans

Mourinho last Monday: “There are a lot of Madrid fans in disguise”

“I don’t know that fashion disguises”

“As Madrid fans we want people that feel for the club and love the team, which is what we sense and we count on their support at the Bernabeu”

“The disguises I see are positive”

Of the 19 internationals at Madrid, seven have returned injured

A meaningful draw with no credit: Sergio Busquets and Arbeloa draw strength from the France game 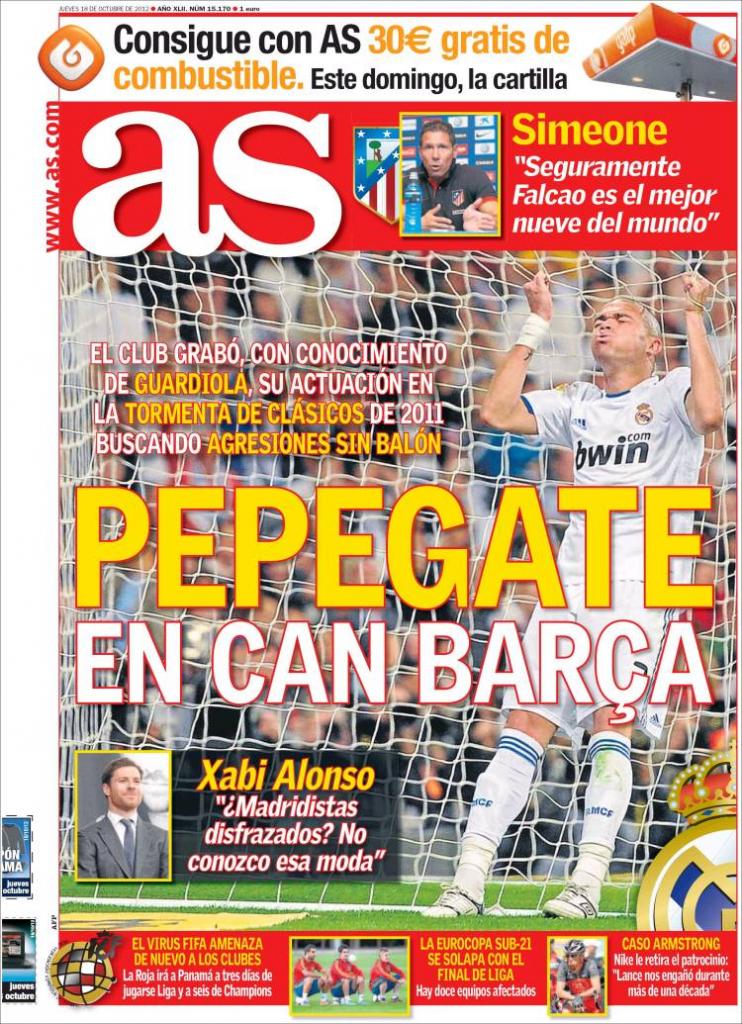 The club taped, with Guardiola’s knowledge, his performances in the stormy 2011 Clasicos looking for his aggression off the ball

Simeone” “Surely Falcao is the best No 9 in the world” 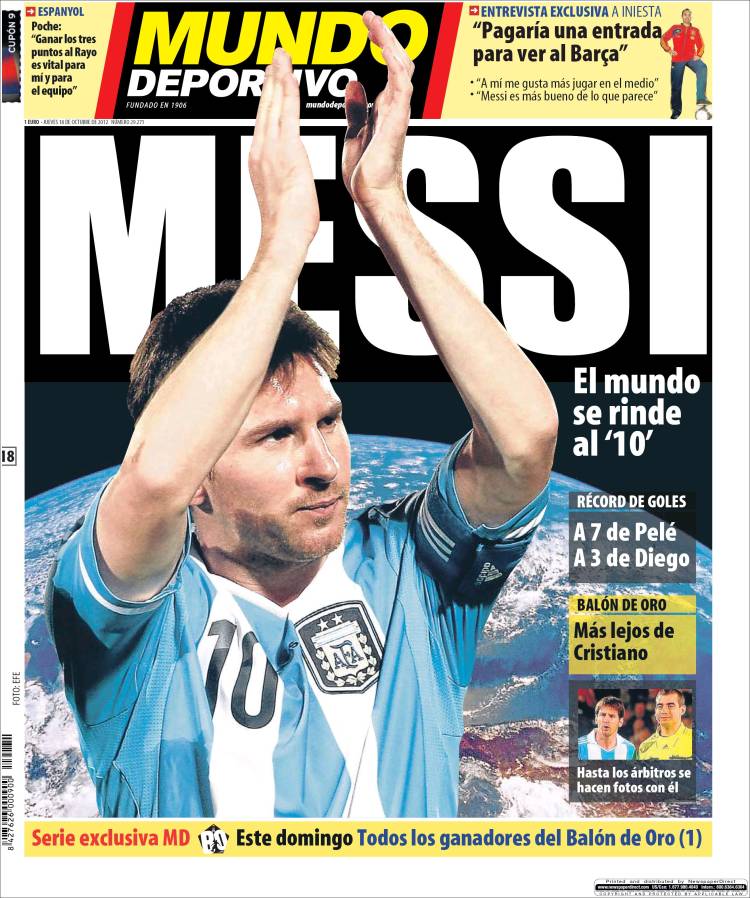 Messi: The world bows down to the No 10

Ballon d’Or – even further away from Cristiano

Even the referees want to be photographed with him

Poche: “Three points against Rayo are vital for me and the team”

Iniesta: “I’d pay for a ticket to watch Barca”

“I prefer to play in the centre”

“Messi is better than he appears”