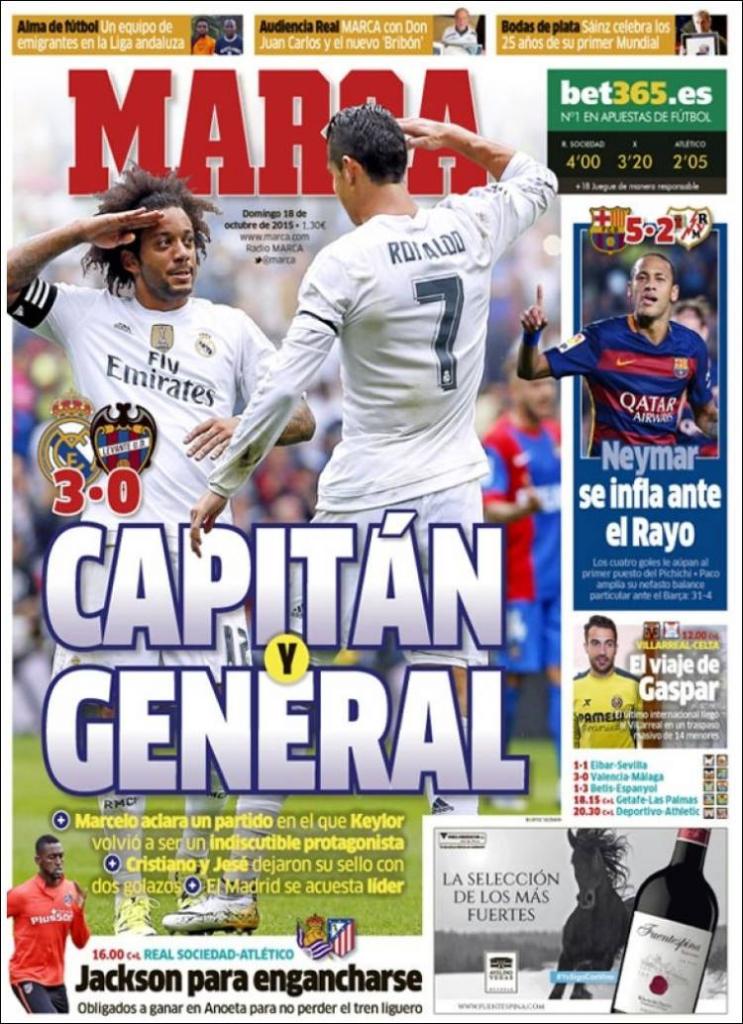 Marcelo clears up a game, in which Keylor again was the undisputed star

Ronaldo and Jese left their mark with two goals

Neymar moves up a level against Rayo 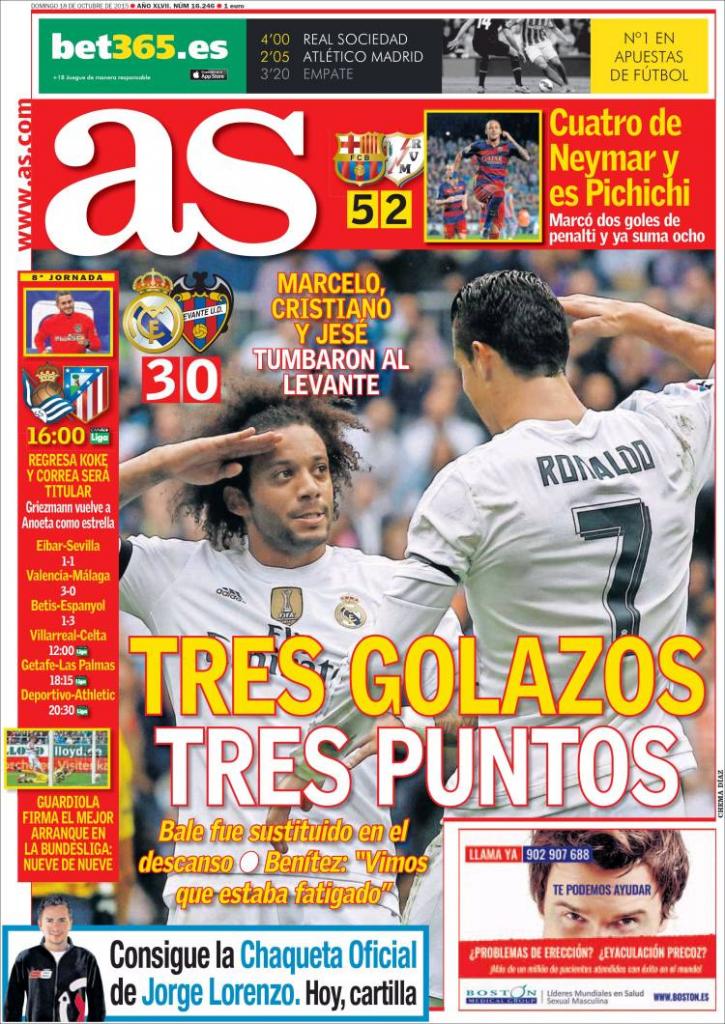 Bale was substituted at half-time

Benitez: “We saw that he was fatigued”

Four goals and the Pichichi for Neymar

Koke to return, Correa to start

Griezmann returns to Anoeta as a star

Guardiola sets the best start to a Bundesliga season, winning nine out of nine 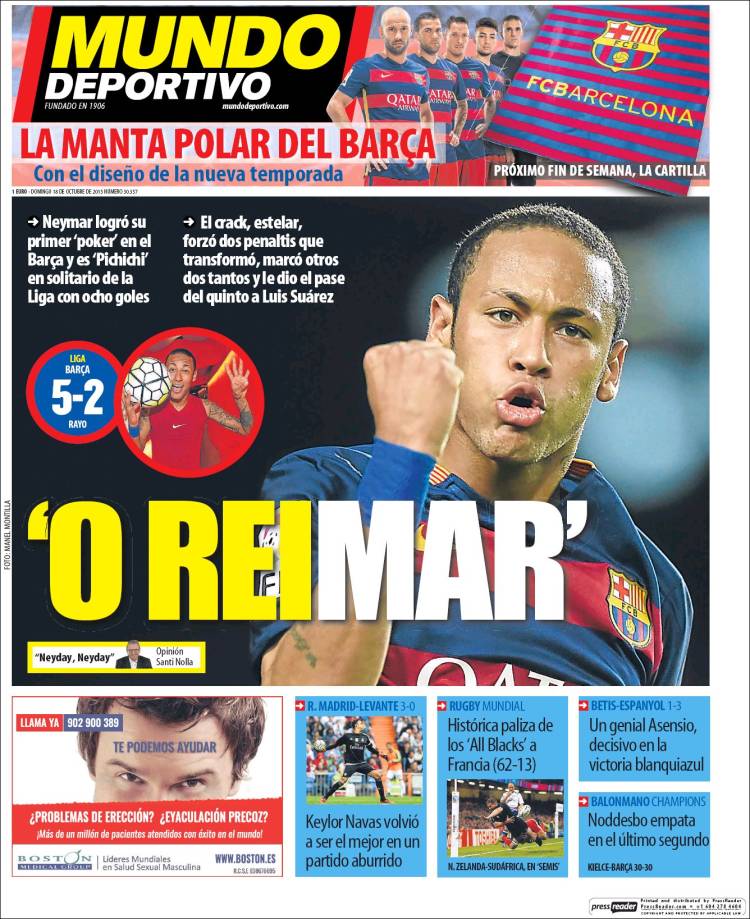 ‘O Reimar’ [play-on words with ‘the king’ in Portuguese]

The ‘crack’ won and converted two penalties, scored two more and gave the pass to Luis Suarez for Barca’s fifth

Asensio the star in a decisive victory for Espanyol