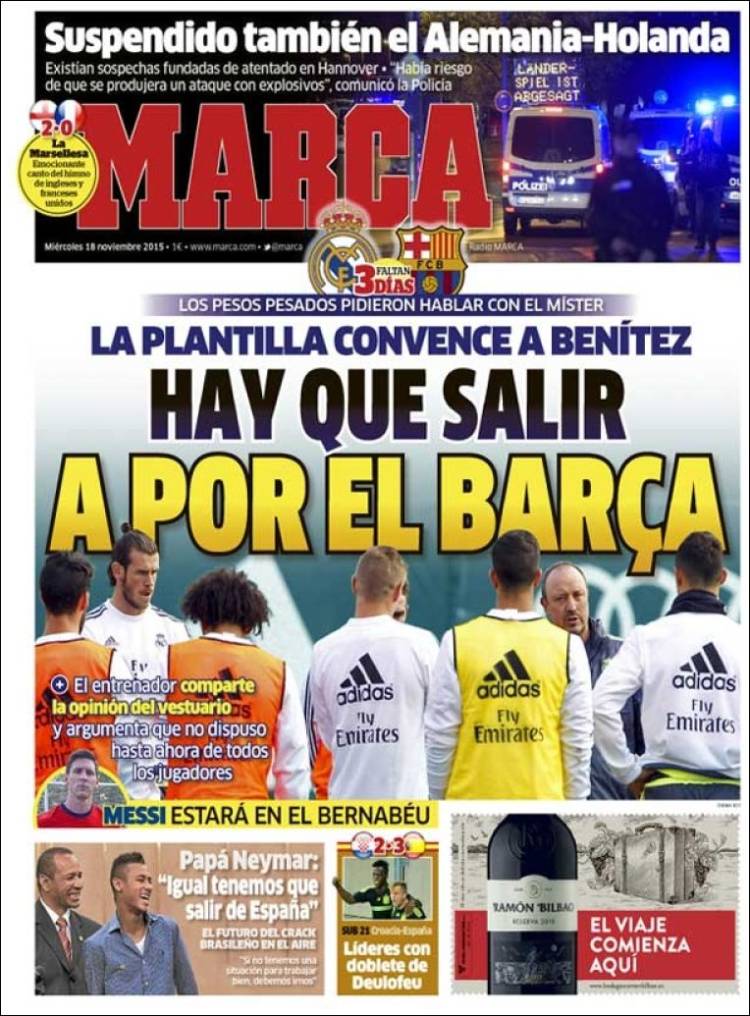 The heavyweights asked to speak with the Coach

The squad convinces Benitez to go out against Barca

Messi will be at the Bernabeu

The future of the Brazilian star is in the air

Leaders with a Deulofeu double

There were well-founded suspicions of an attack in Hannover

‘Talked about the risk of an attack taking place with explosives,’ the Police said 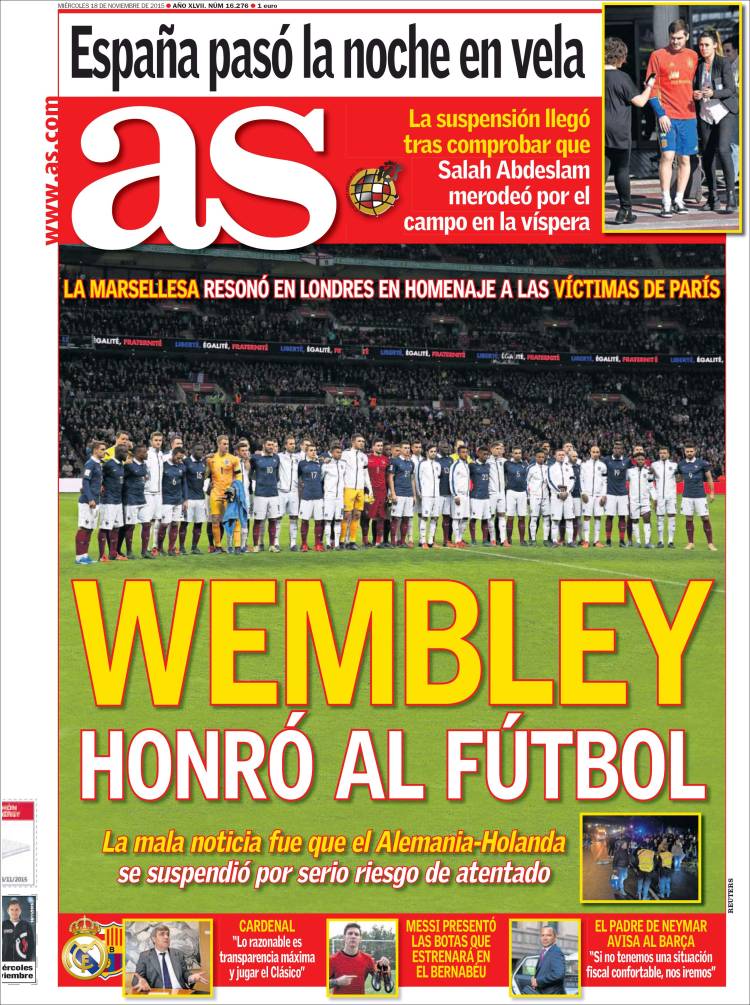 The bad news was Germany-Netherlands

Called off for risk of an attack

‘The reasonable thing is maximum transparency and playing the Clasico’

‘If we don’t have a comfortable tax position, we’ll go’ 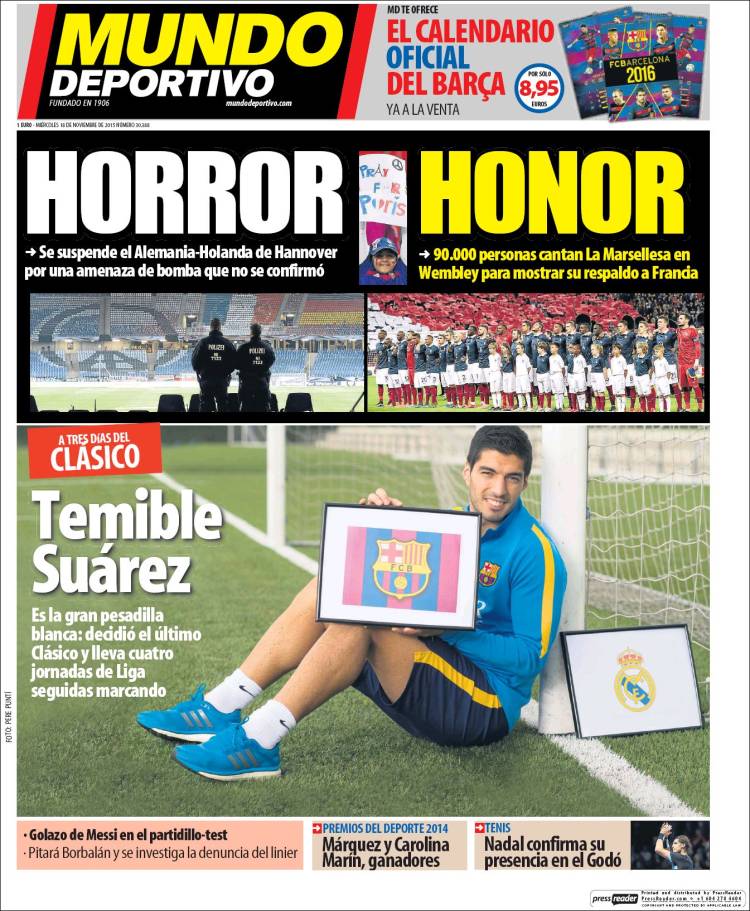 90,000 people sing La Marseilles in Wembley to show their support for France

Three days to the Clasico

He is the great white nightmare: decided the last Clasico and has scored in four consecutive rounds of the League

Borbalan will whistle and the claims of the assistant are investigated