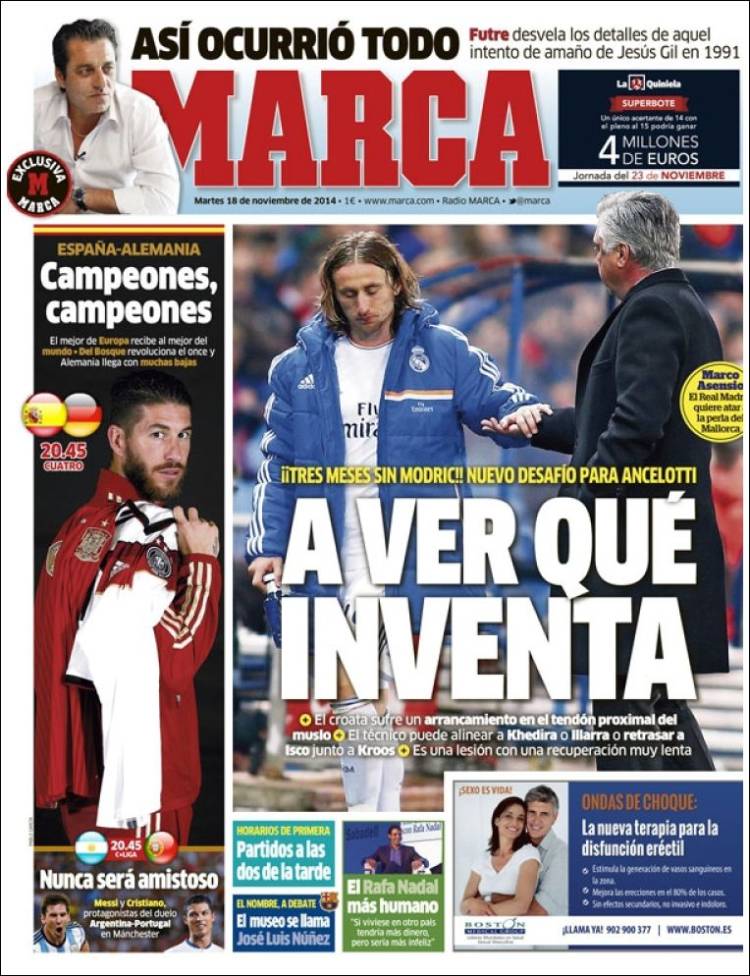 Let’s see what they come up with

The Croatian suffers a breakdown in the muscle’s proximal tendon

The Coach could line up Khedira or Illarra, or play Isco further back next to Kroos

It is an injury with a very slow recovery period

It all happened like this: Futre reveals the details of Jesus Gil’s match-fixing attempt in 1991

Champions, champions: Europe’s best welcome the best in the world

This will never be a friendly: Messi and Cristiano opponents for the Portugal-Argentina clash in Manchester

Primera kick-off times: matches at two in the afternoon

The name, under debate: the museum is called Jose Luis Nunez 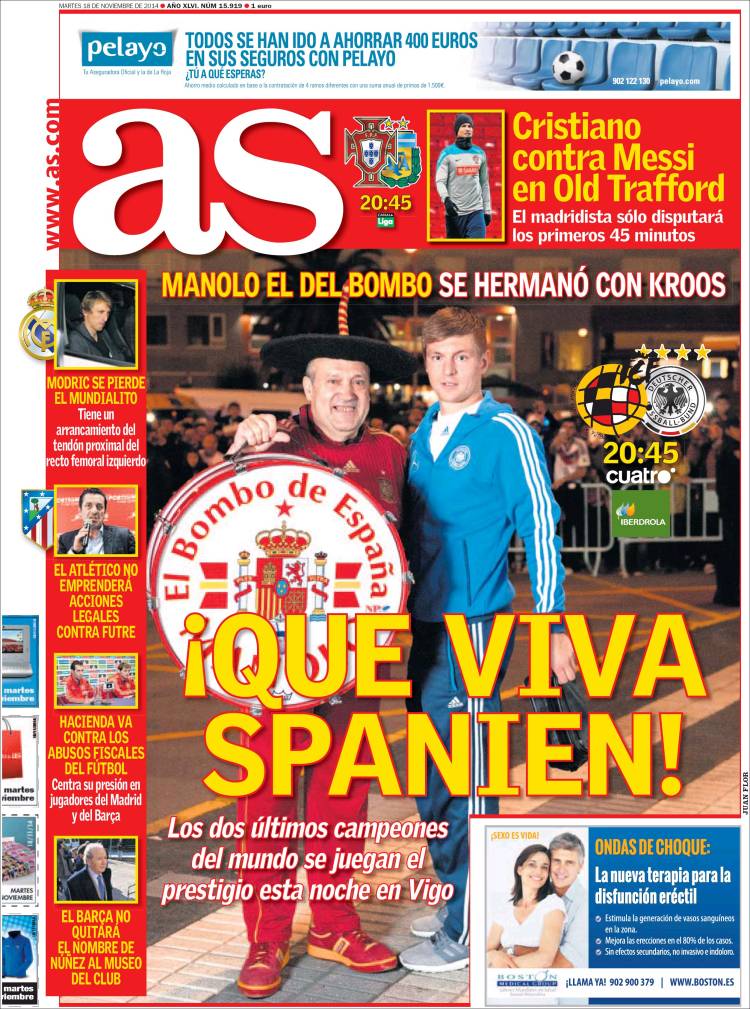 Manolo with the drum links up with Kroos

Cristiano against Messi at Old Trafford

The Madrid man will only play the first 45 minutes

Modric to miss the little World Cup: he suffers a breakdown in the muscle’s proximal tendon of the left femoral artery

They concentrate their pressure on Madrid and Barca players

Barca will not take Nunez’s name off the club museum 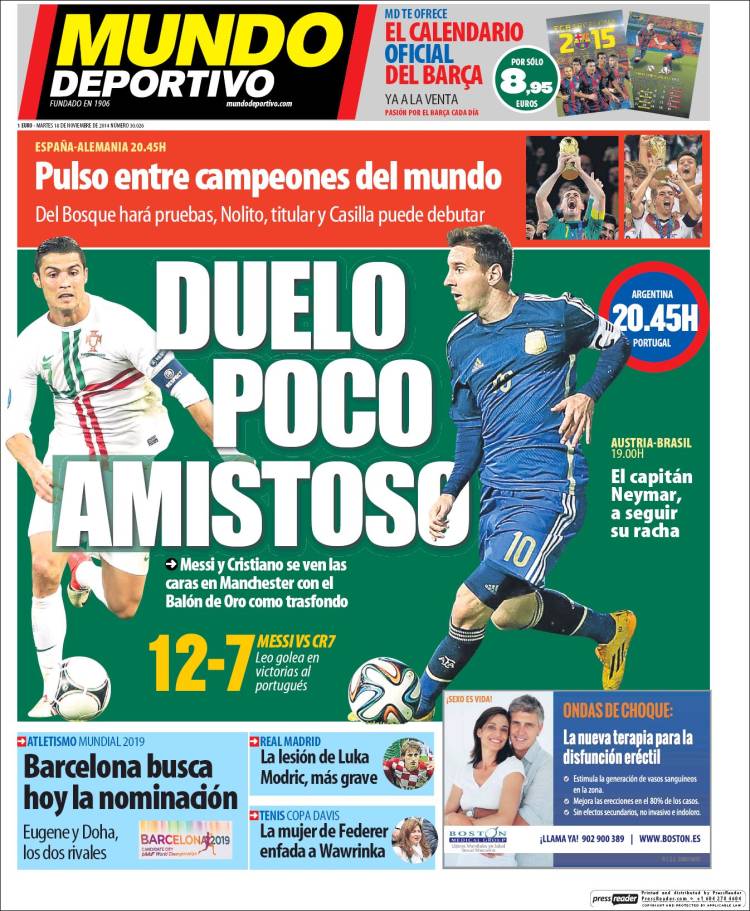 Not so friendly duel

Neymar the captain, hoping to continue his good run

Tremor between the World Champions

Del Bosque will experiment: Nolito in the starting line-up and Casilla could make his debut