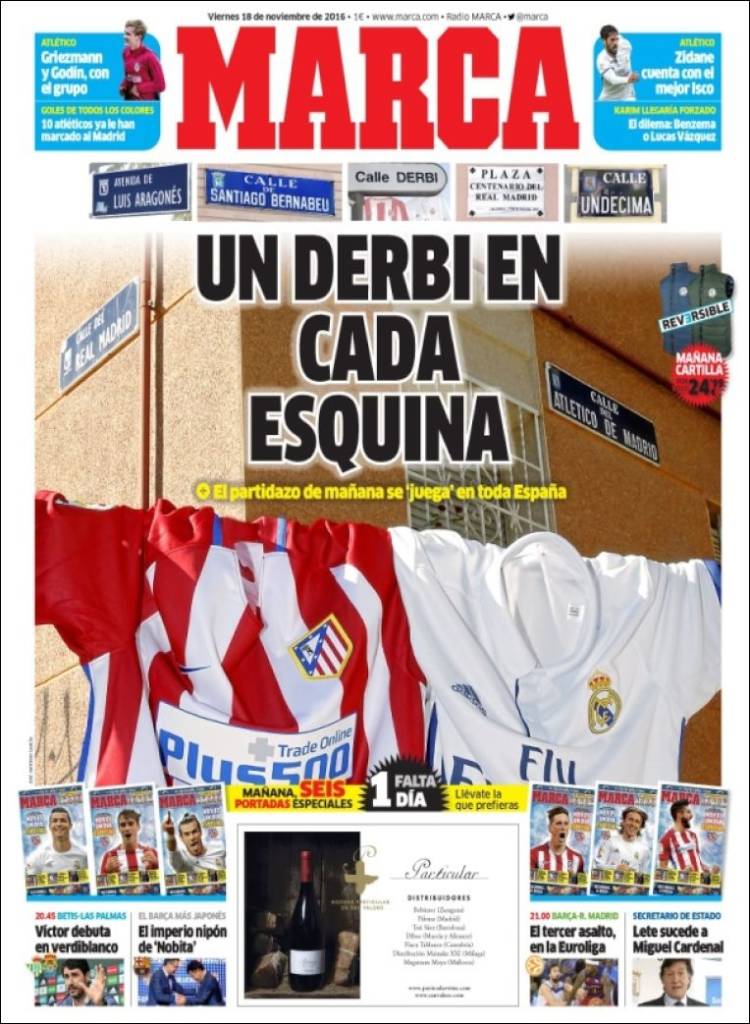 A derby in every corner

Tomorrow's match will be 'played' in all of Spain

Griezmann and Godin - with the group, 10 Atleti players have already scored against Madrid

Zidane has the best of Isco, Benzema will force himself to return early tomorrow, the dilemma - to use Vazquez or Karim?

The Japanese empire of 'Nobita' 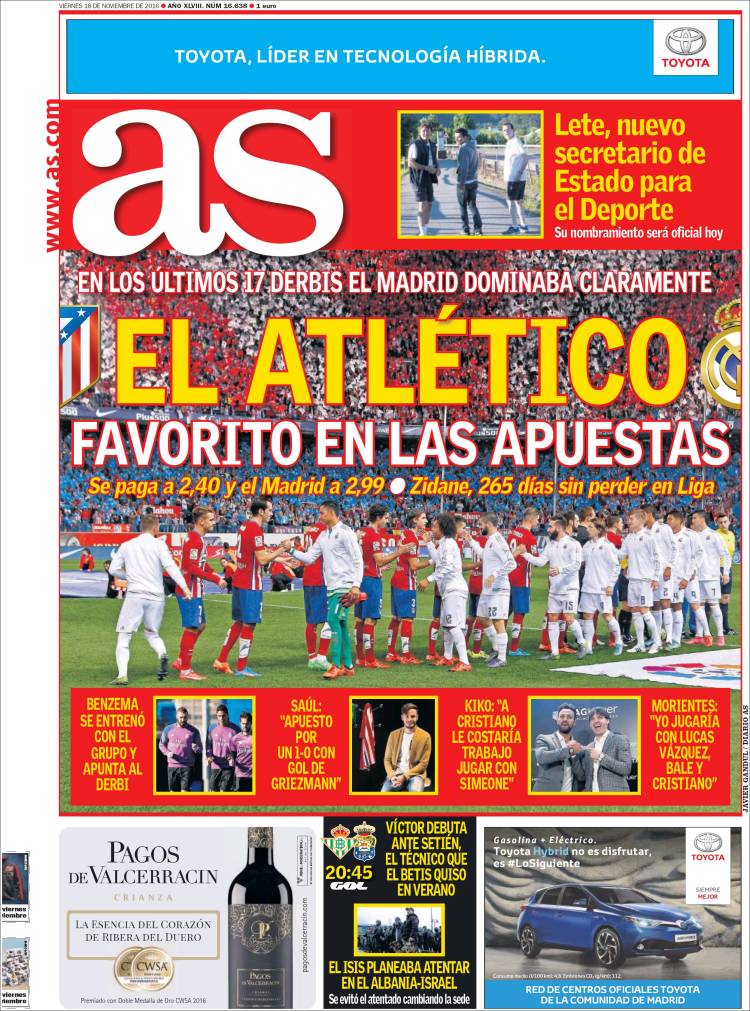 Atletico - favourites with the bookies!

In the last 17 derbis, the Madrid domination is clear

Benzema trains with the group to be ready for the game

Saul: I think a 1-0 win for Atleti with a Griezmann winner

Kiko: It would cost Cristiano to work with Simeone 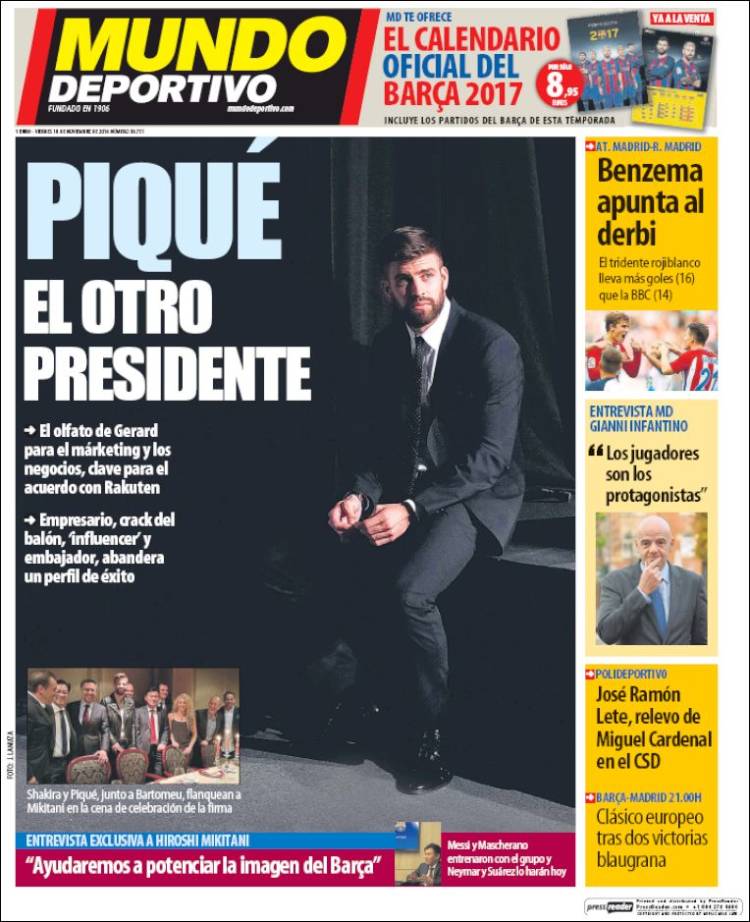 Pique - the other president

Gerard's sense of marketing and negotiating was key for Rakuten deal

Businessman, player, influencer and ambassador, he has the perfect profile