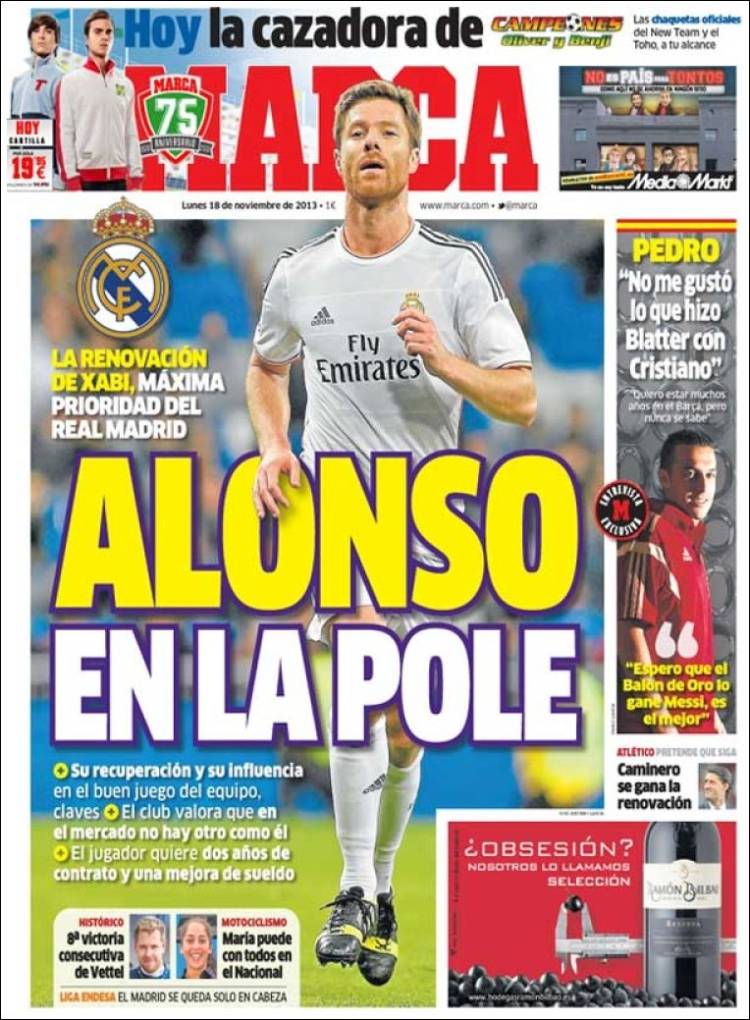 Pedro: "I do not like what Blatter does in respect to Cristiano"

"I want to be at Barca for many years, but, you never know"

"I hope the Balon d'Or is won by Messi, he is the best"

Motorcycling: Maria can win everything 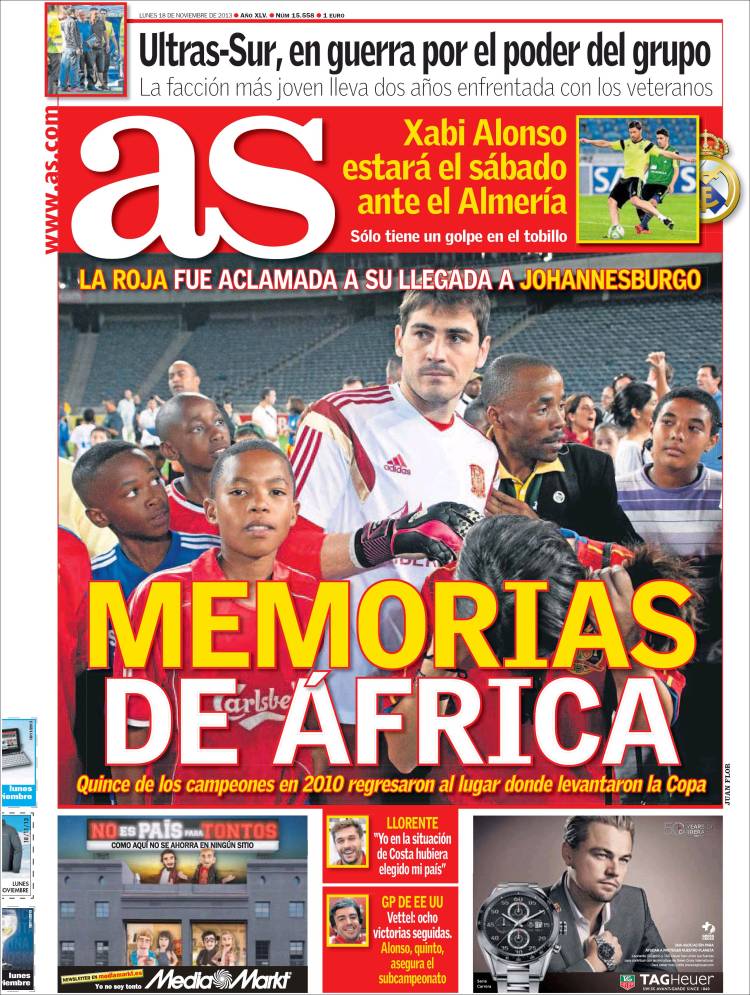 Xabi Alonso will be ready for Almeria this Saturday

He has only a knock on his ankle

Ultras-Sur, there is a war for the power of the group

Fernando Llorente: "If I was in Diego Costa's situation, I would have chosen my country" 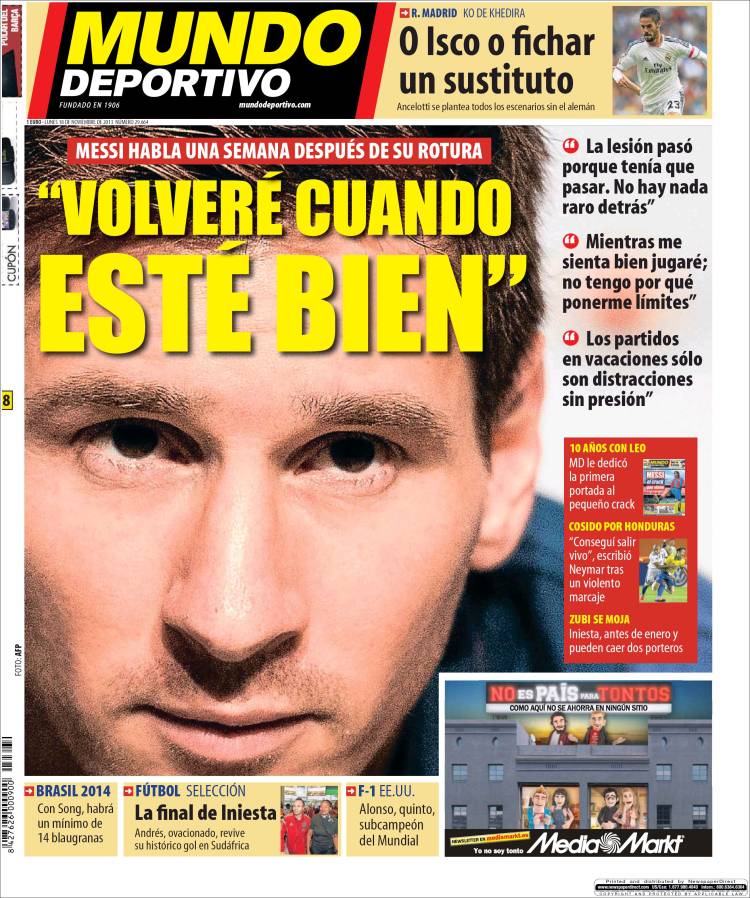 Messi interview: "I will return and be as good as ever"

"The injury has happened because it had to happen, there is nothing strange about it"

"While I feel good I will play; I do not have to push myself too far"

"The games during the summer were only distractions without pressure"

Zubi hints: Iniesta before January and two goalkeepers could leave

Real Madrid: Khedira out, Isco to replace him or a replacement is to be signed

Ancelotti planning for life without the German

Brazil 2014: With Song, there will be at least 14 Blaugranas