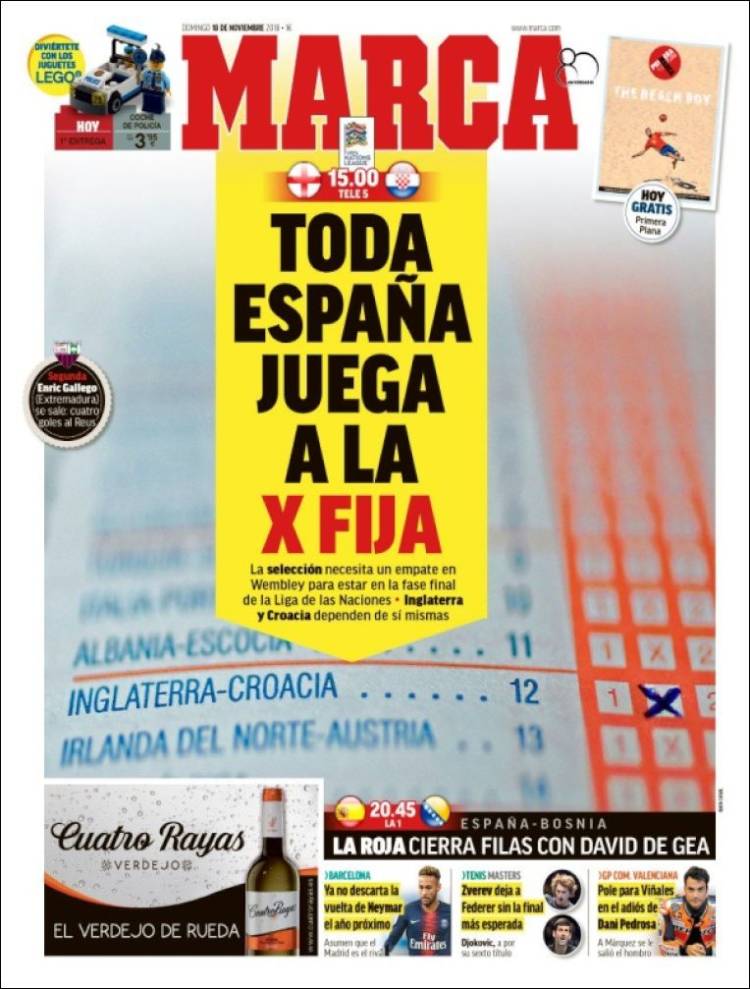 All of Spain play for an X

England and Croatia are both reliant on themselves

They do not rule out Neymar's return next summer 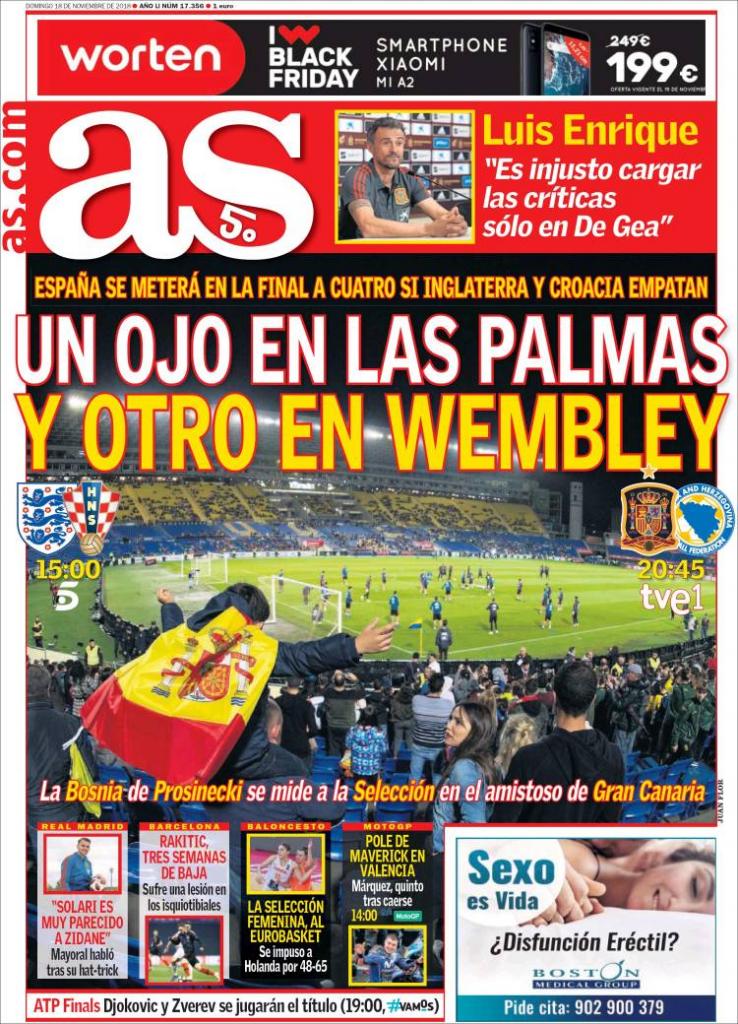 "It's unfair to single out De Gea for criticism"

Spain will make the Final Four if England and Croatia draw

One eye on Las Palmas and another on Wembley

Rakitic out for three weeks 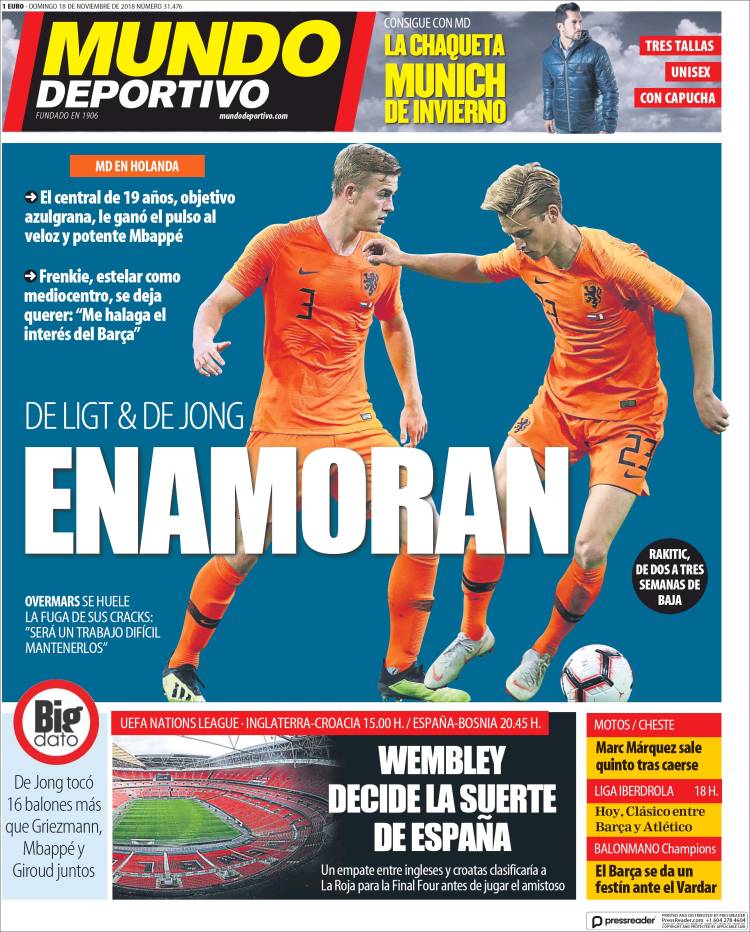 The 19-year-old centre-back, a Blaugrana objective, stifled the pace and strength of Mbappe

"It'll be difficult to keep them"