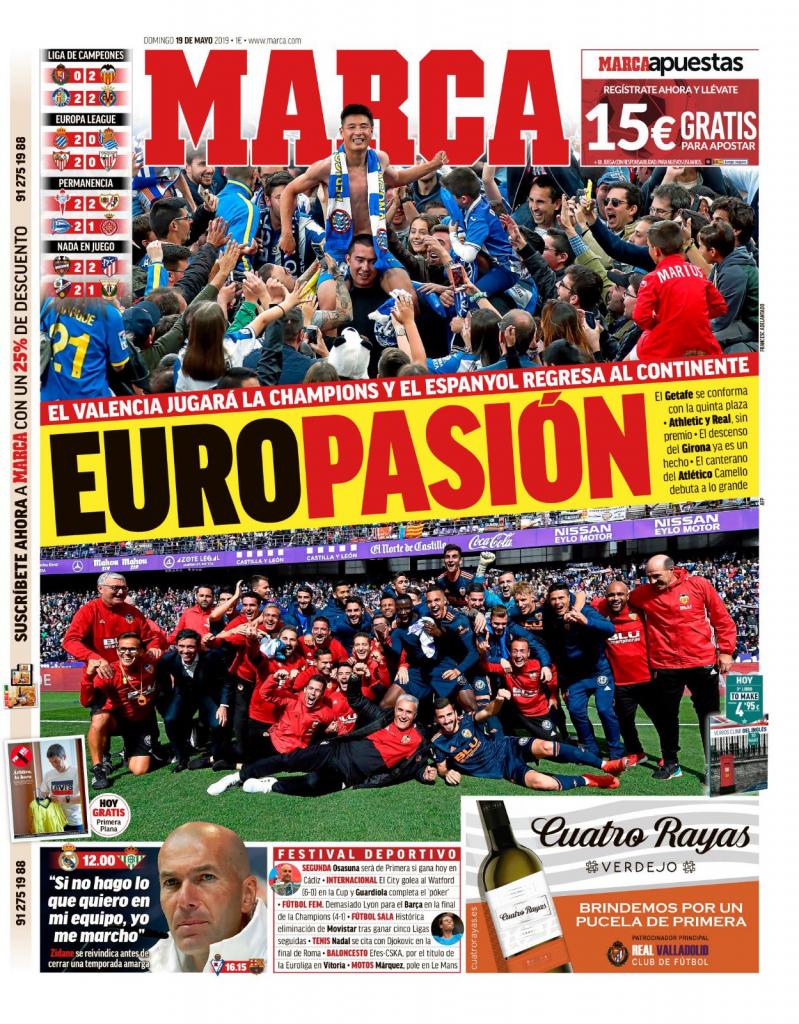 LA LIGA: EURO PASSION - Valencia qualify for the Champions League and Espanyol return to European football, in the Europa League. Getafe finish in fifth place, but Athletic Bilbao and Real Sociedad miss out on the Europa League and Girona are relegated alongside Rayo Vallecano and Huesca.

REAL MADRID: ZIDANE - 'If I do not pick the team, then I will leave' - The Frenchman speaks out after a difficult end to the season. 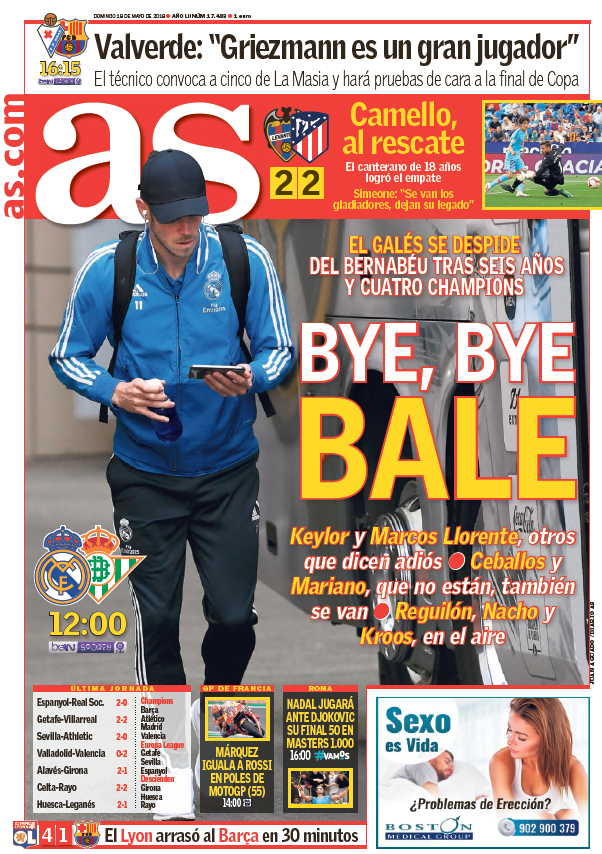 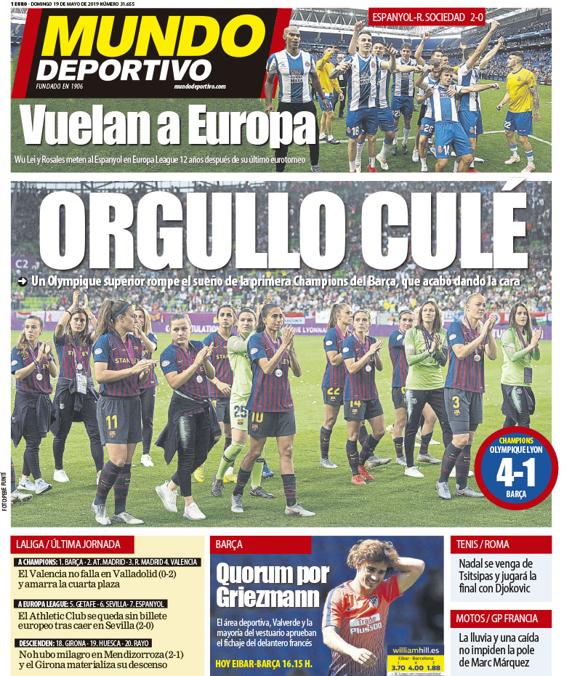 BARCELONA: Agreement on Griezmann - Valverde and the majority of the Barcelona squad are in agreement that the La Liga champions should move for the French international.