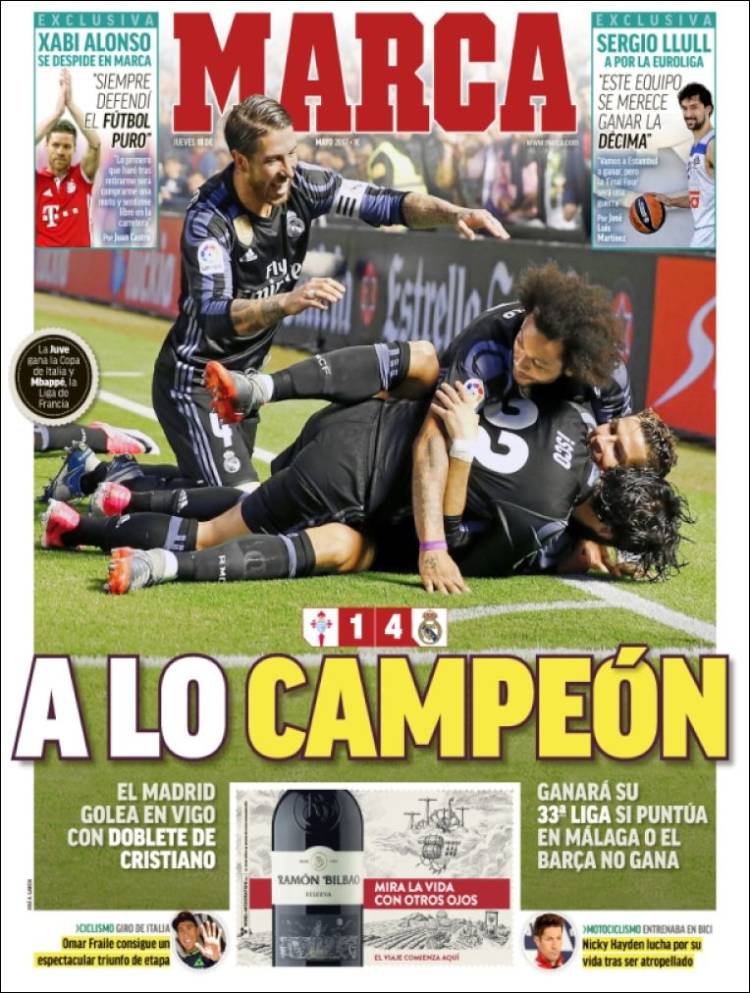 Madrid win in Vigo thanks to a double from Cristiano Ronaldo

They will win their 33rd La Liga with a win or draw at Malaga, or if Barcelona do not win 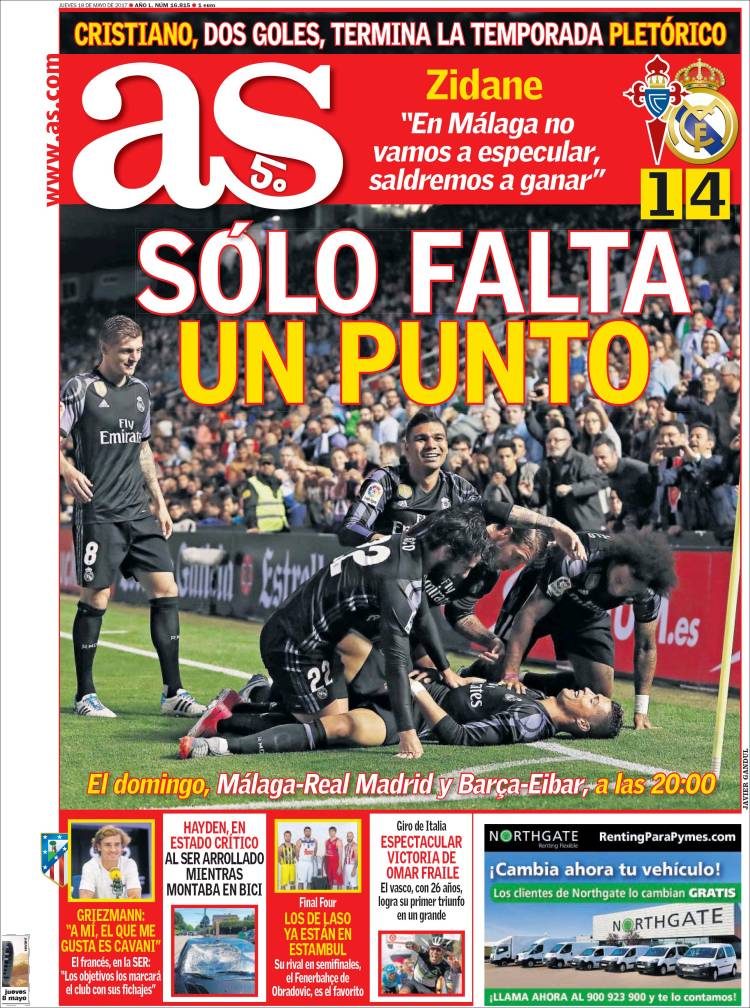 Only one more point

Ronaldo with two goals in plethoric end to season

Zidane: In Malaga we will not speculate, we will go to win

Griezmann: To me, the one I like is Cavani - French forward speaks about signings to Ser 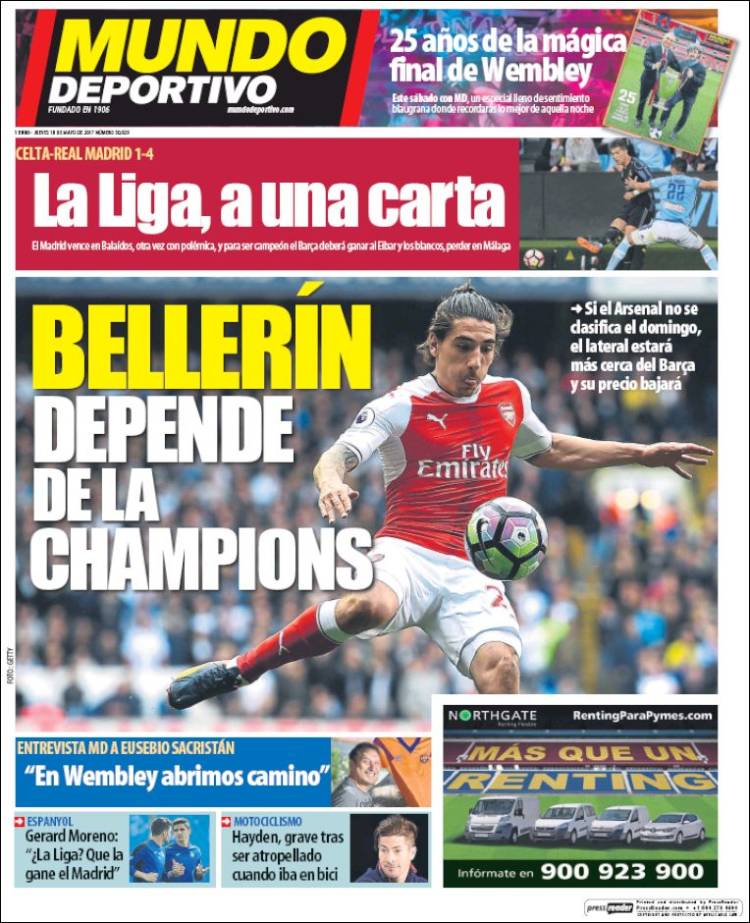 Bellerin depends on the Champions League

If Arsenal don't qualify for the competition on Sunday, the full-back's move to Barca could quicken and for a smaller price

La Liga to the letter - Madrid win in Vigo with another controversy, only need a point in Malaga while Barca must beat Eibar

Eusebio: In Wembley we open the way