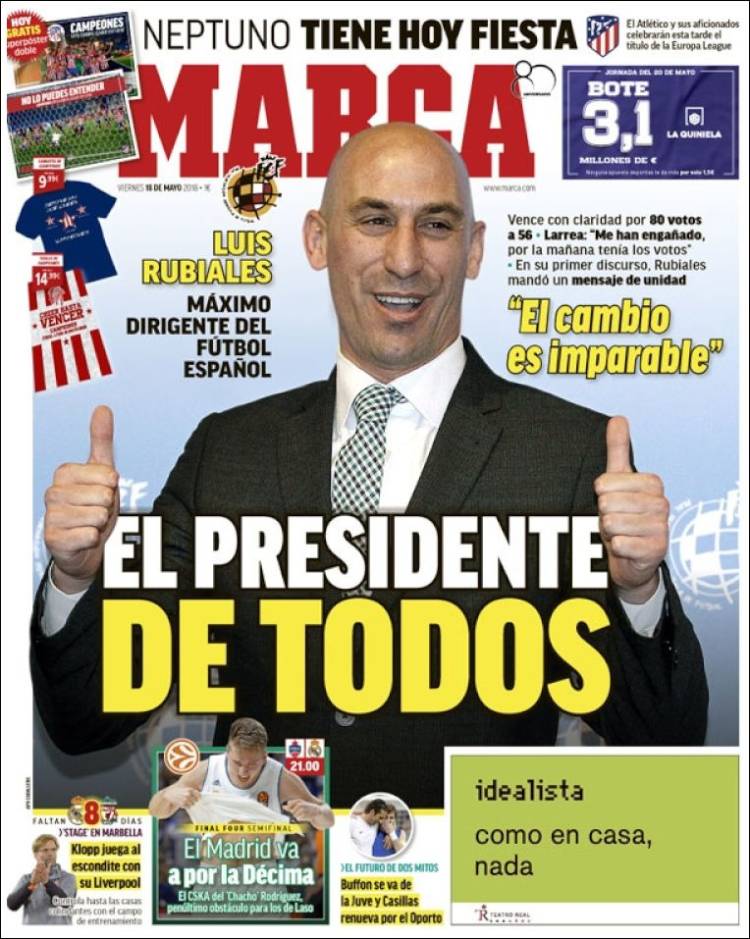 The President of all

The change is unstoppable

Larrea: “They have tricked me, in the morning I had the votes”

In his first statement Rubiales sent a message of unity

Atletico and their fans celebrate the Europa League title this evening

Klopp plays hide-and-seek with his Liverpool

The future of the greats: Buffon leaves Juve and Casillas renews with Porto 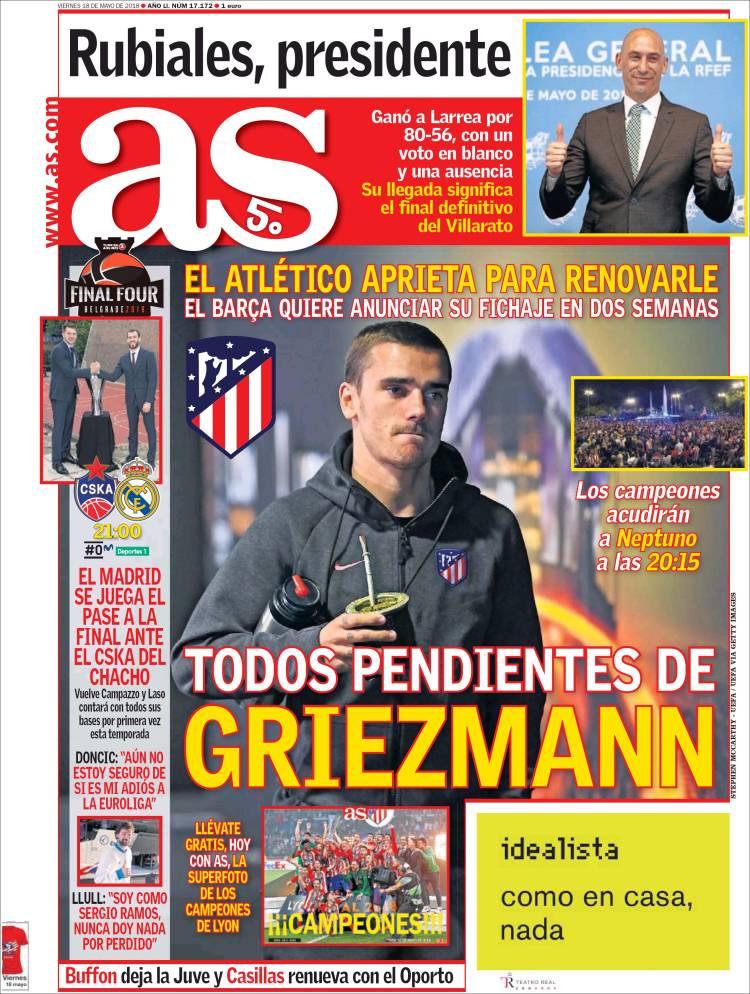 Everything depends on Griezmann

Atletico press for him to renew

Barca want to announce his signing within two weeks

The champions will attend Neptuno at 20:15

Rubiales, President: he beats Larrea 80-56 in a blank ballot vote with one absentee

His arrival means the definite end of Villarato 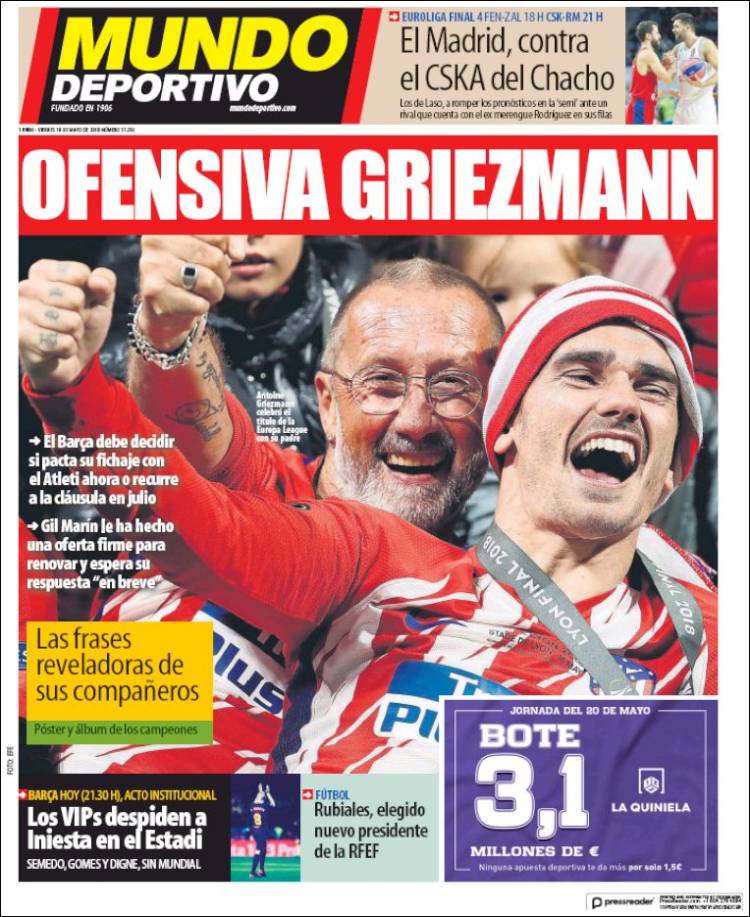 The VIP’s say goodbye to Iniesta in the mini-stadium

Semedo, Gomes and Digne, out of the World Cup