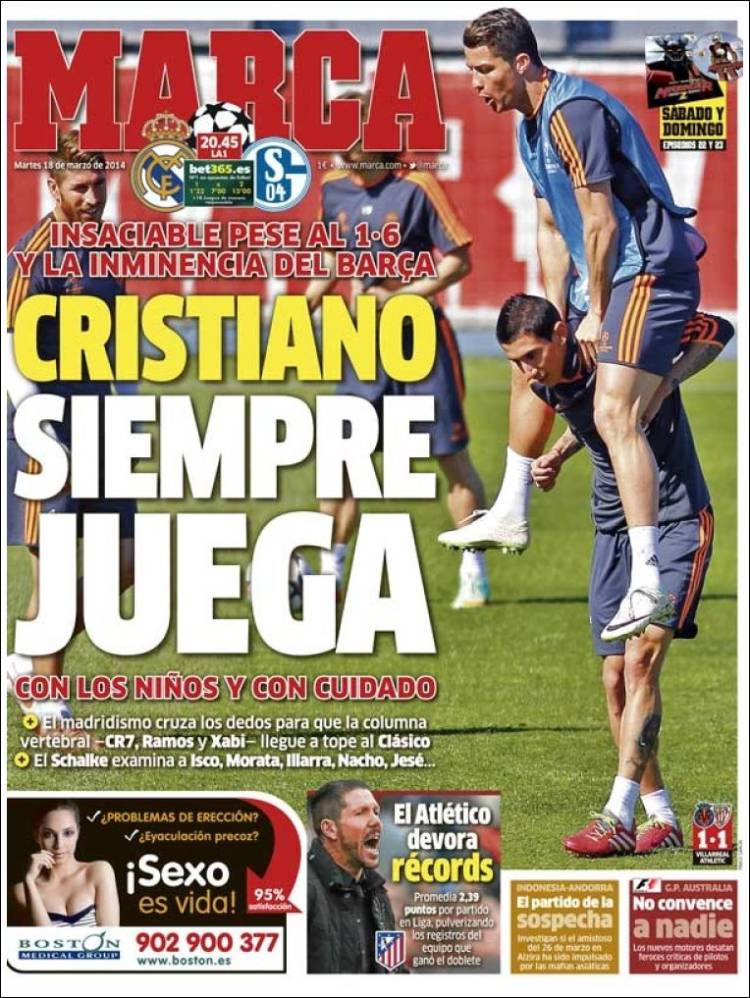 Madridismo crosses its fingers as it hopes that CR7, Ramos and Xabi all stay clear of injury

Schalke to test out Isco, Morata, Illarra, Nacho and Jese

They have an average of 2.39 points in La Liga, pulverising the record of the Atletico team that won the double

The game under suspicion: Investigation into the friendly between Indonesia and Andorra on March 26 has been corrupted by the Asian mafia 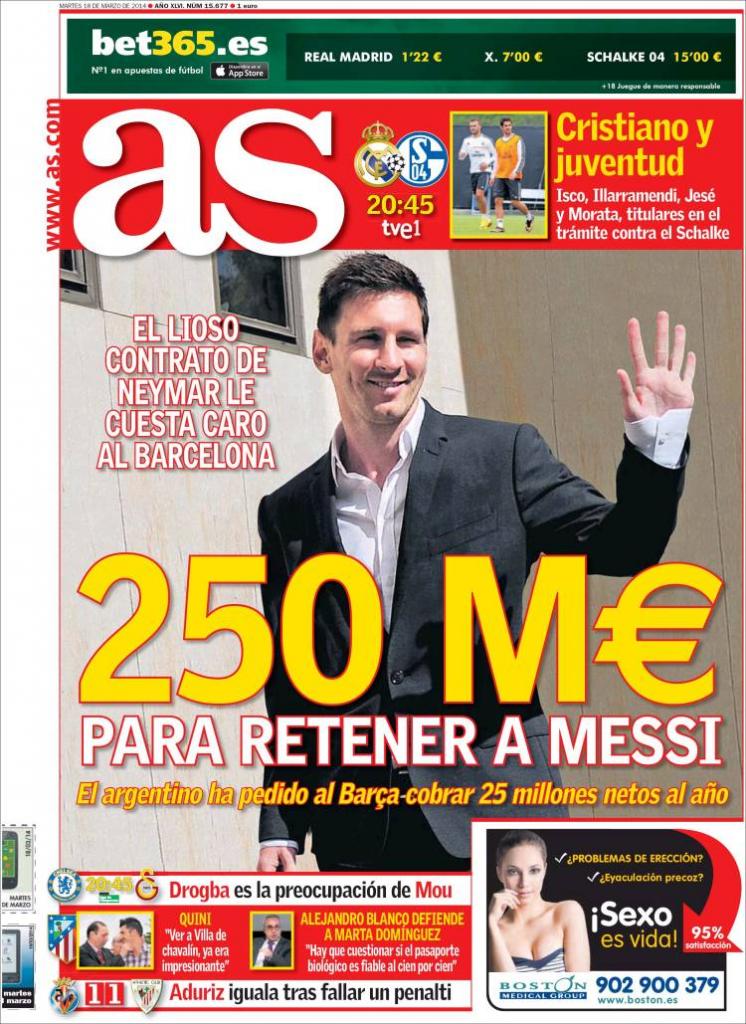 The Argentine has asked Barca for €25m net per year

The mess over Neymar's contract is costing Barca

Isco, Illarra, Jese and Morata all to start against Schalke

Quini: "To see Villa as a kid was impressive"

Alejandro Blanco defends Marta Dominguez: "One has to question if the passport is trustworthy one hundred percent"

Aduriz equalises after missing a penalty 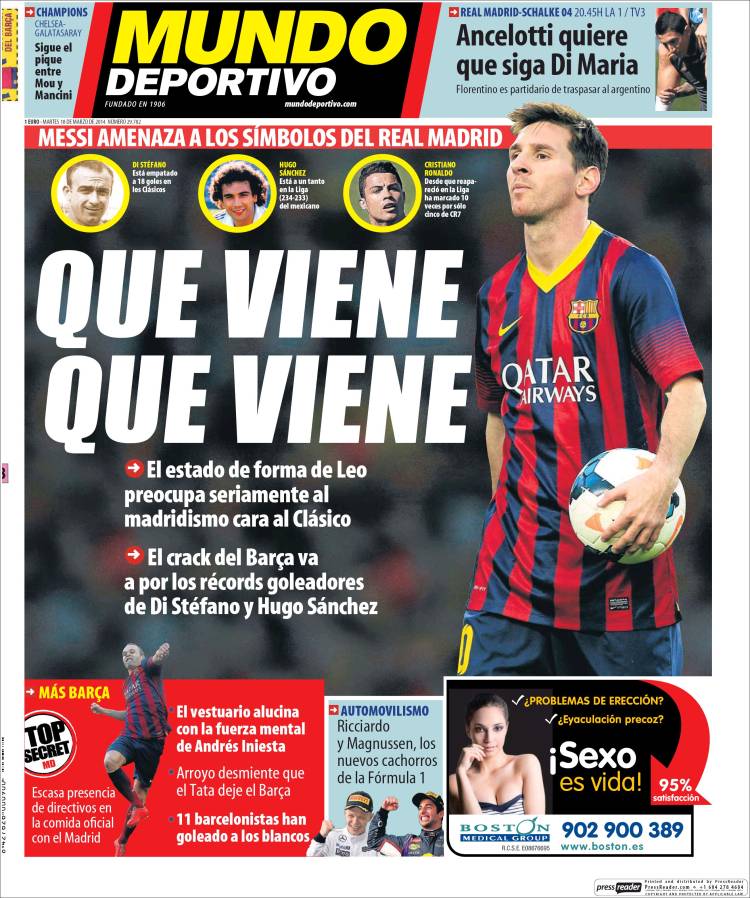 Messi's form is a serious concern for Madrid

Since returning from injury, Messi has scored 10 goals compared to Cristiano Ronaldo's 5

Florentino is willing to transfer the Argentine

The little tiff between Mourinho and Mancini continues tonight

Conspicuous by their absence: Barca directors fail to show up for lunch with Madrid

The team are impressed by the mental strength of Iniesta

Rumours dismissed that Tata is to leave Barca

11 Barcelonistas have scored against Los Blancos

Ricciardo and Magnussen, the young boys in the Formula 1