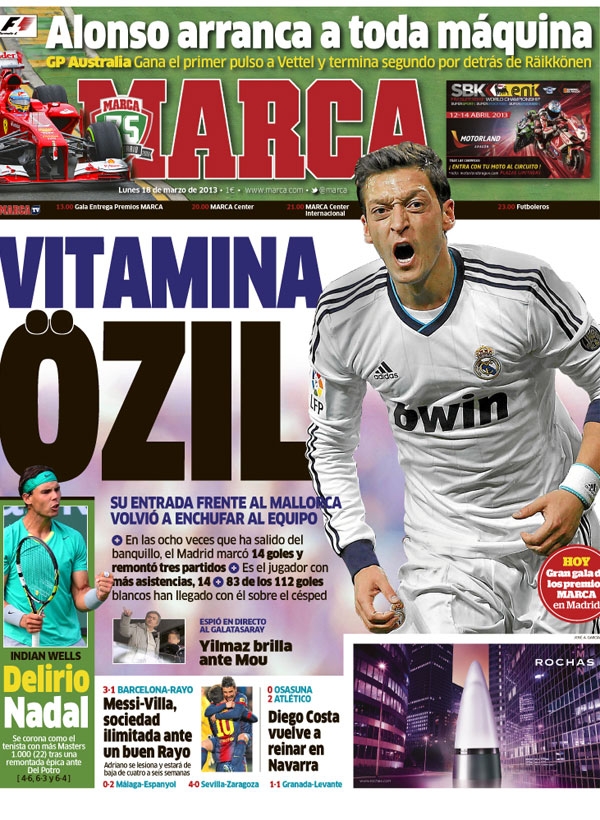 His introduction against Mallorca was key

In the last eight games that he has been brought on, Madrid have scored 14 goals and come back in three games

Ozil has the most assists with 14

Messi-Villa, an breathtaking partnership against Rayo

Adriano injured and will be out for 4-6 weeks

Alonso pulls out all the stops

GP Australia: He wins the first hit-out with Vettel and finishes second behind Raikkonen 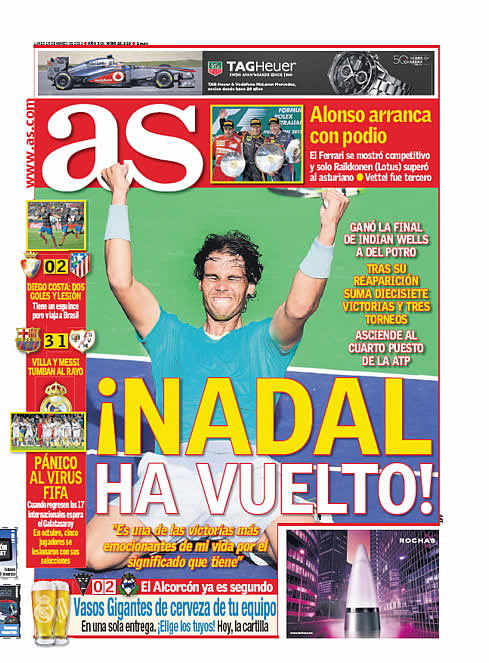 "It is one of the most exciting victories in my life because it has great significance", Nadal

Wins the final of Indian Wells against Del Potro

After his layoff due to injury, he now has 17 wins and three tournaments

He has climbed to fourth place in the rankings

Alonso starts with the podium

When 17 players returned from international duty in October, 5 players were injured with their national teams 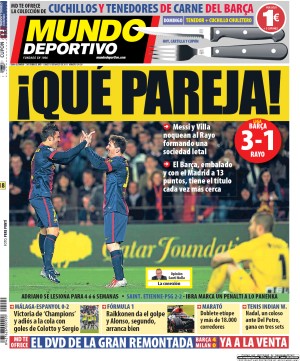 Messi and Villa dispatch Rayo with a lethal partnership

Barca, high above the rest and 13 points ahead of Madrid, are getting closer to the title

Adriano out of 4-6 weeks

Ibra scores from the penalty spot with a panenka

Marathon: Two from Ethiopa and more than 18000 runners