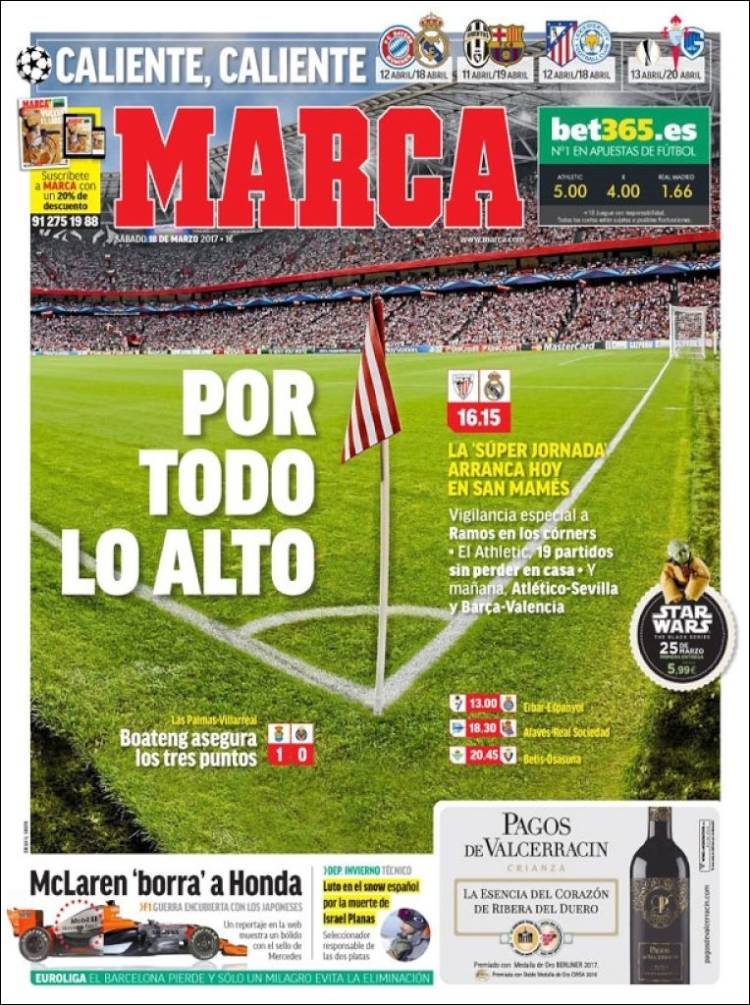 Special attention to Ramos on corners

Athletic, 19 games without losing at home 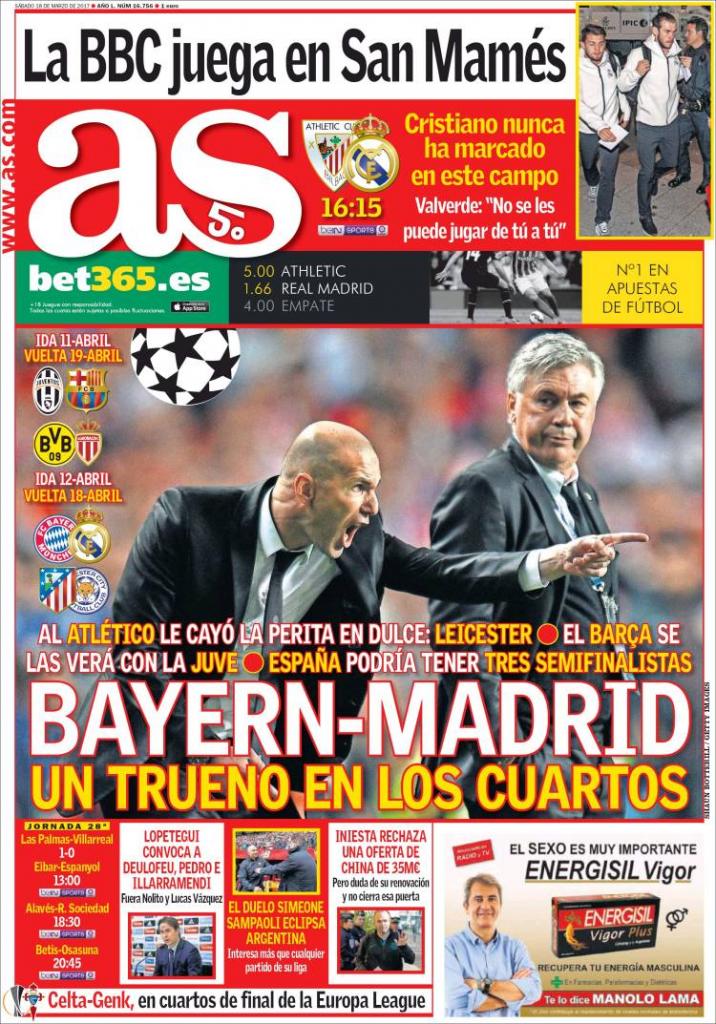 Thunderbolt in the quarter-finals

Atletico were drawn with the underdogs: Leicester

Barca will have Juve to deal with

Spain could have three semi-finalists

Cristiano has never scored at this ground

Valverde: “You can’t go toe-to-toe with them”

Out go Nolito and Lucas Vazquez

Celta-Genk, in the Europa League quarter-finals 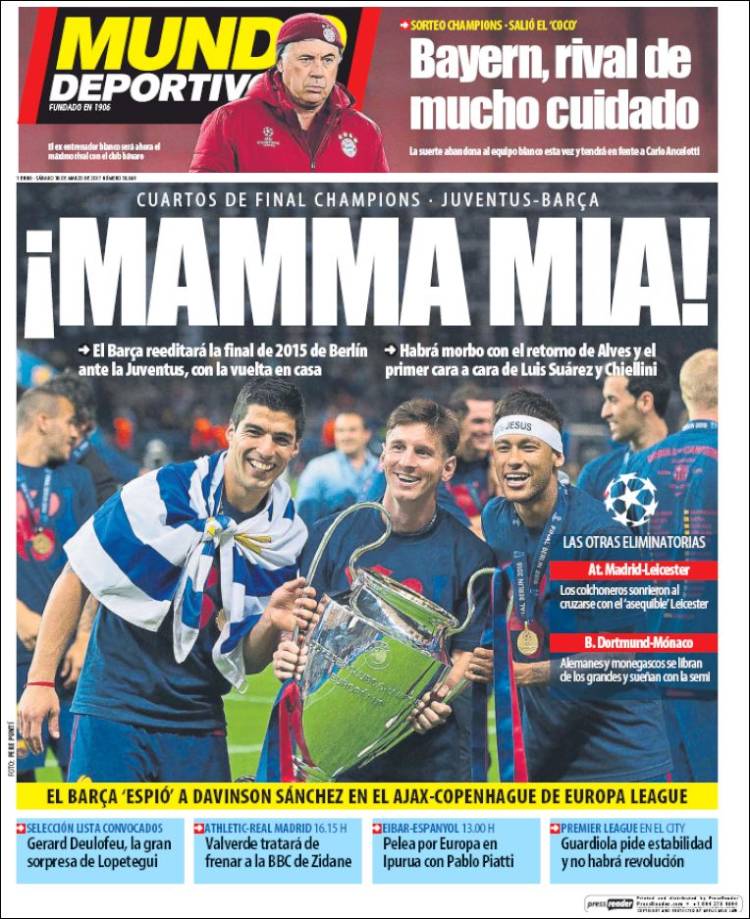 Barca will feature in a repeat of the 2015 Berlin final against Juventus, with the return leg at home

Atleti smiled when they were paired with ‘affordable’ Leicester

Fight for Europe at Ipurua with Pablo Piatti