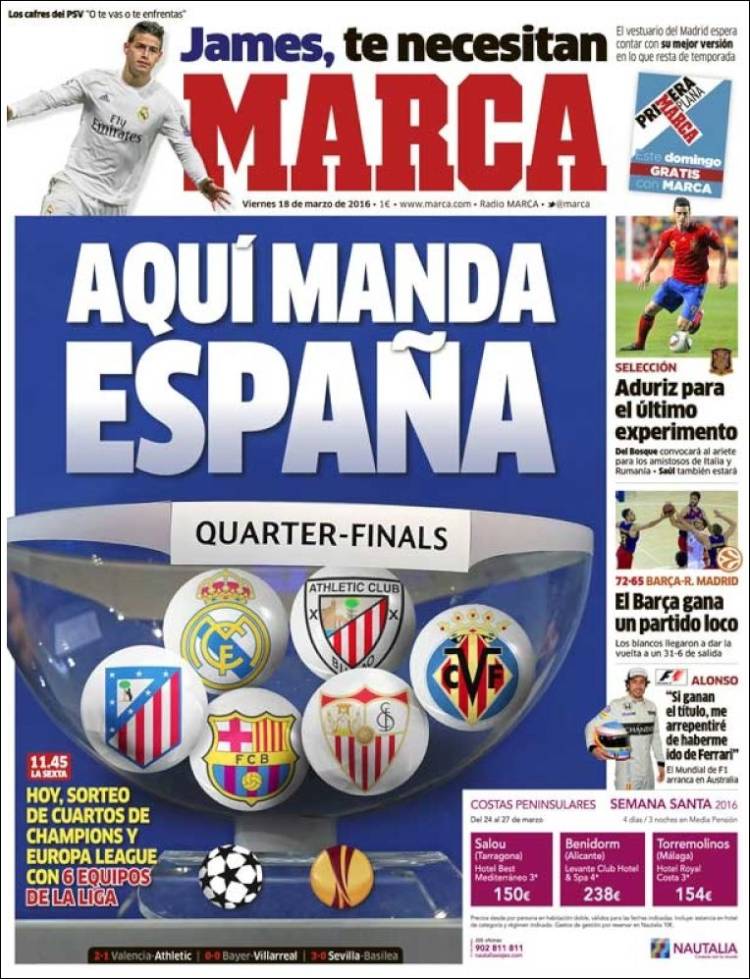 James, they need you

Aduriz for the last experiment 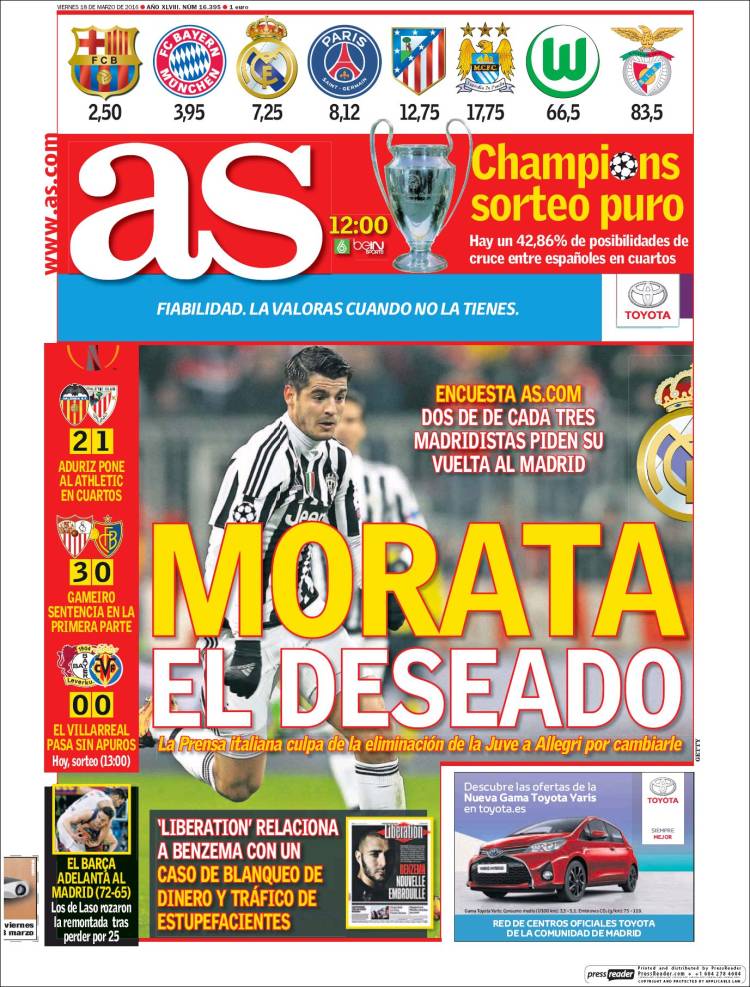 A survey on AS.com reveals two out of three madridistas want him to return to Madrid

There is a 42.8 percent chance of Spanish teams facing one another in the quarters

Gameiro sentences in the first half 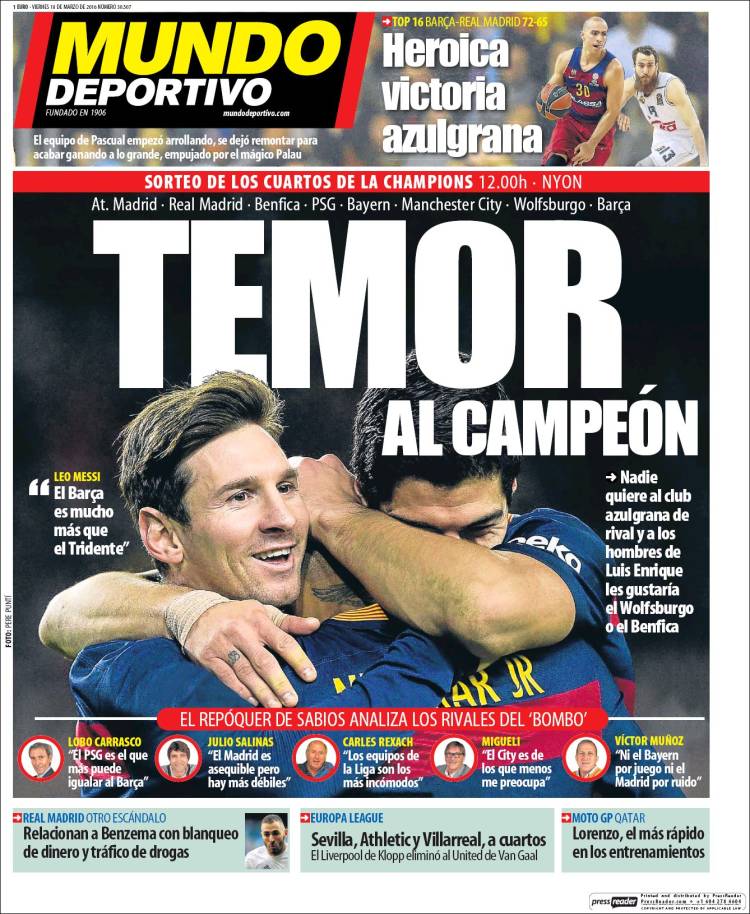 Leo Messi: “Barca are more than the trident”

Sevilla, Athletic and Villarreal in the quarters