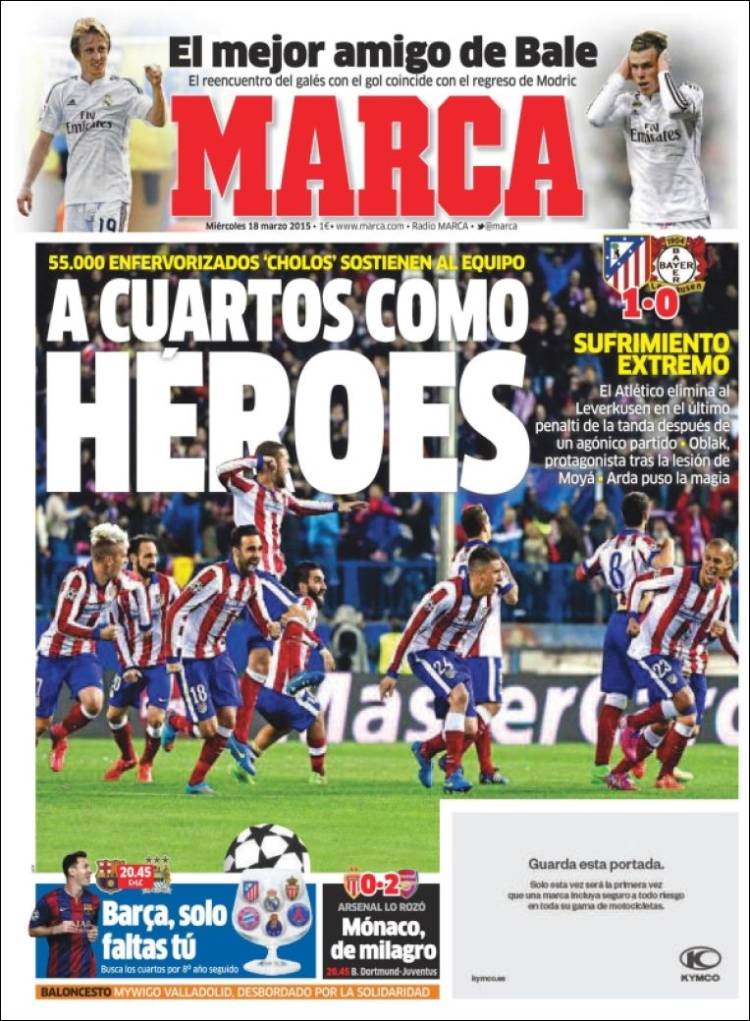 The quarters as heroes

Bale’s best friend - the Welshman’s return to form in front of goal coincided with Modric’s return.

Barca, we’re only missing you 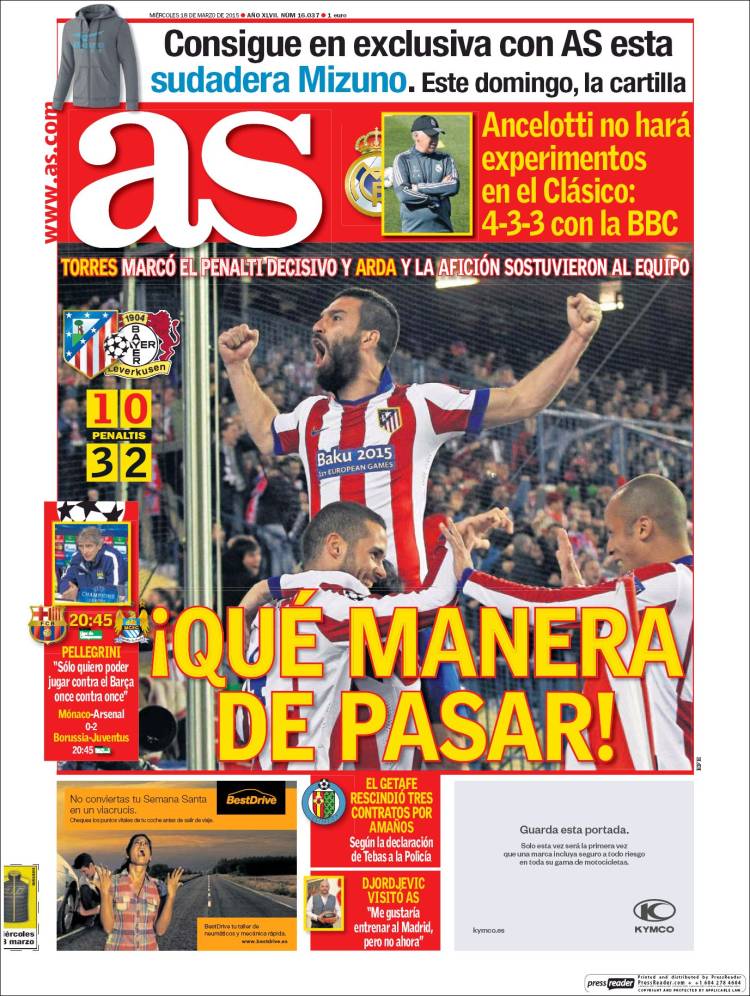 What a way to go through!

Pellegrini: I just want to play against Barca 11 v 11

Getafe rescind three contracts for match-fixing, according to Tebas’ statement to the Police 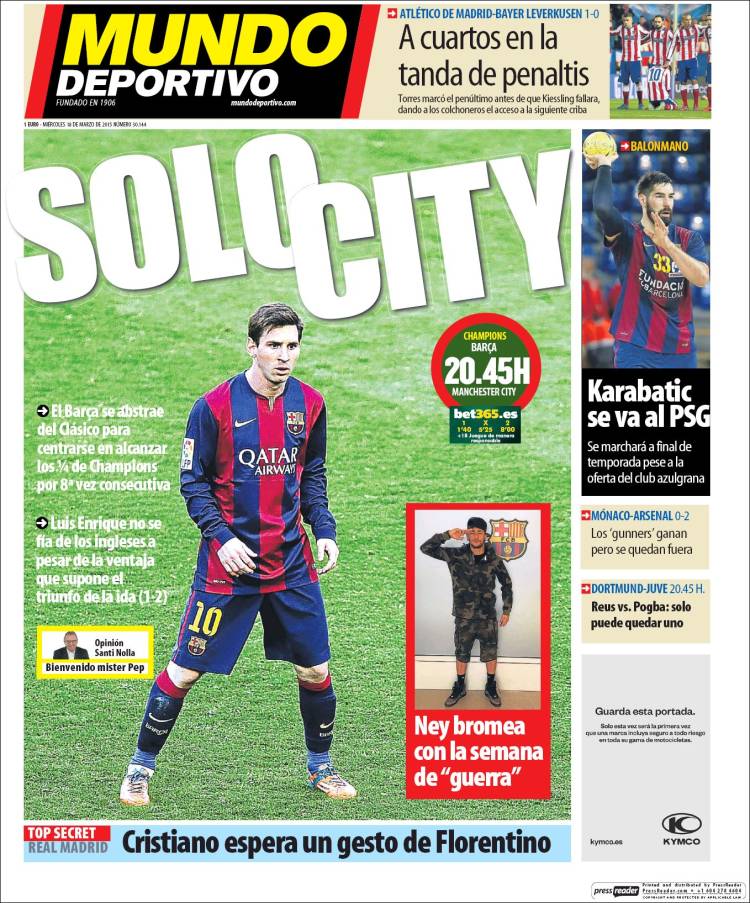 Only City for Barca

QFs for Atleti after a penalty shootout

Dortmund-Juve - Reus v Pogba: there can only be one winner

Neymar jokes about ‘week of war’