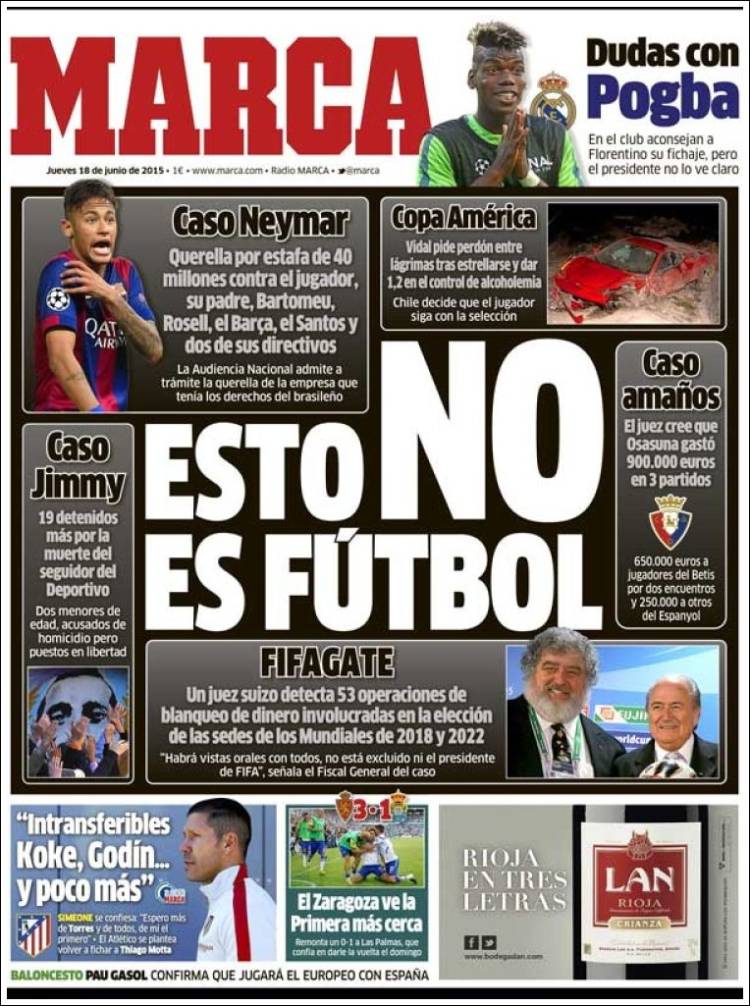 This is not football

Complaint of fraud for €40m against the player, his father, Bartomeu, Rosell, Barca, Santos and two directors

Vidal asks for forgiveness between the tears after crashing and blowing 1.2 in the breathalyser test

Chile decide the player remains with the national team

‘There will be hearings with everybody, no one is excluded, not even the FIFA President,’ said the attorney general on the case

19 more detained for the death of the Deportivo supporter

Simeone confesses ‘I expect more from Torres and everyone, from myself’

Zaragoza closer to the Primera

0-1 down against Las Palmas, and are confident of completing the turnaround on Sunday 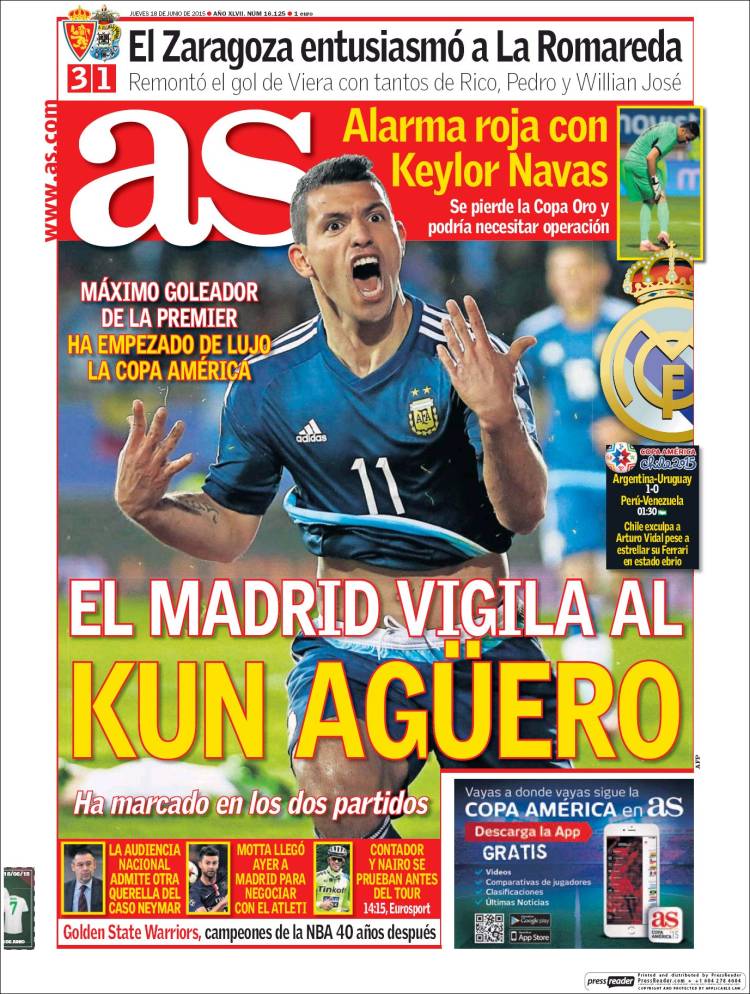 He has scored in two games

Top scorer in the Premier League

Has started the Copa America in luxury

He misses the Gold Cup and might need an operation

The High Court admits another accusation in the Neymar case

Motta yesterday arrived in Madrid to negotiate with Atleti 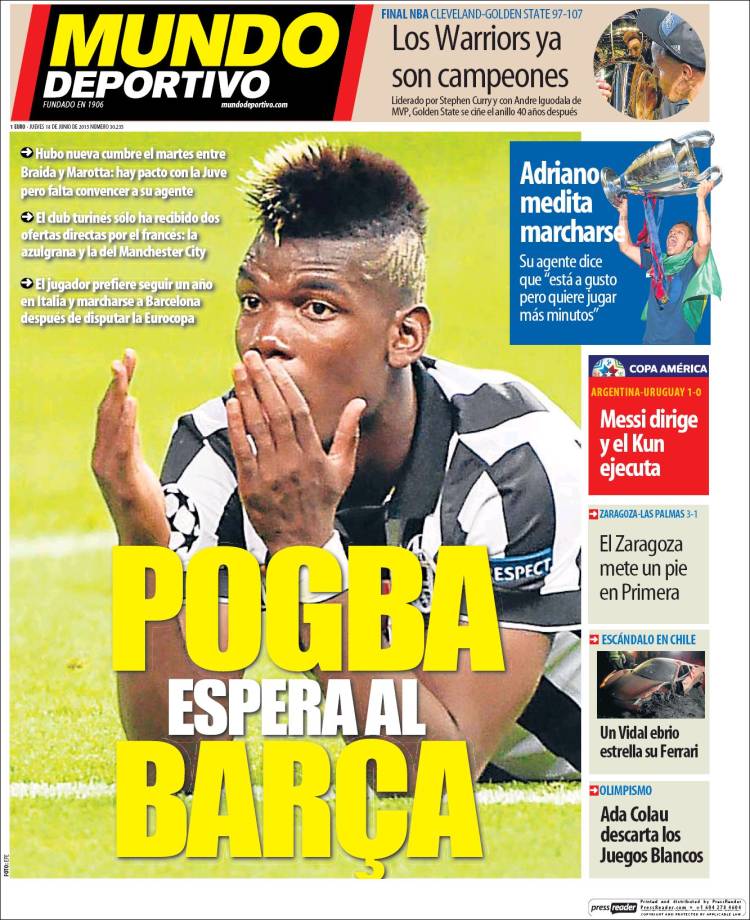 There was a new summit on Tuesday between Braida and Marotta: There is a pact with Juve but failed to convince his agent

The Turin club has only received two direct offers for the Frenchman: Barca and Manchester City

Zaragoza put one foot in the Primera

A drunken Vidal crashes his Ferrari