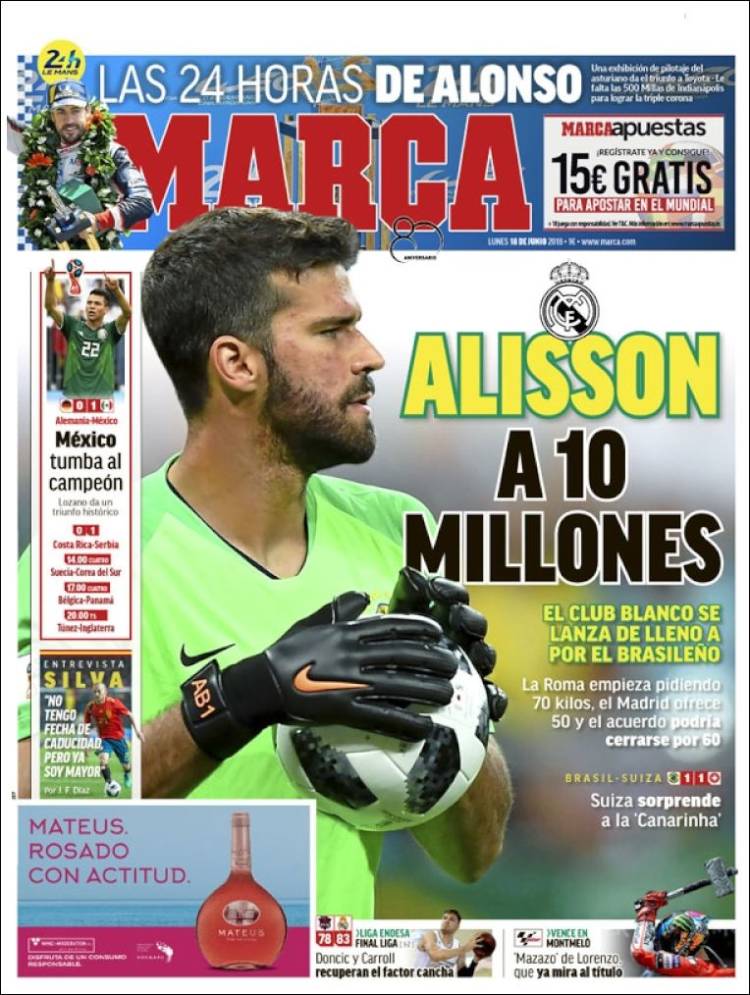 Madrid lead the race for the Brazilian, have offered 50m, Roma want 70m, but agreement could be 60m 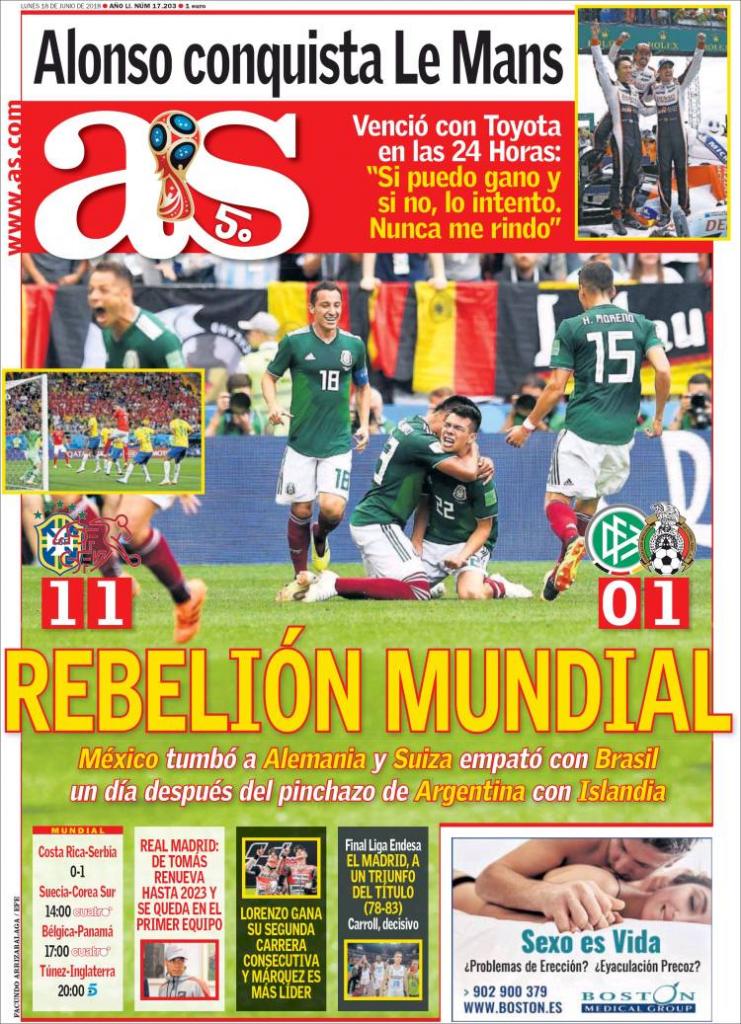 Mexico defeat Germany, Switzerland draw with Brazil, a day after Iceland after Argentina drew with Iceland

Real Madrid: De Tomas renews until 2023 and will stay with the first team 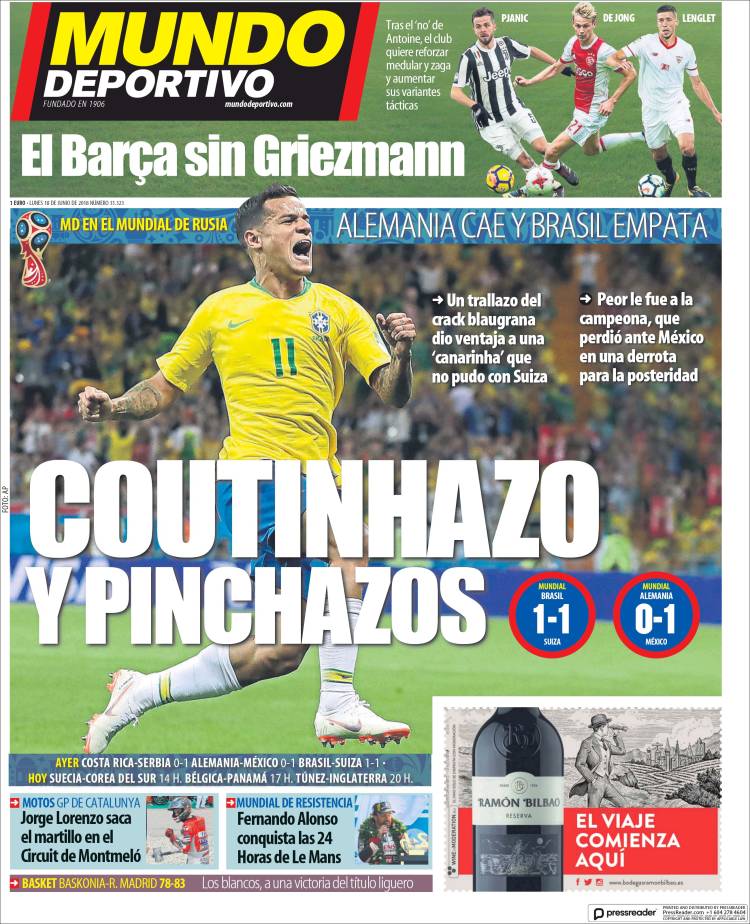