Todays front-page headlines from Marca, AS and Mundo Deportivo… 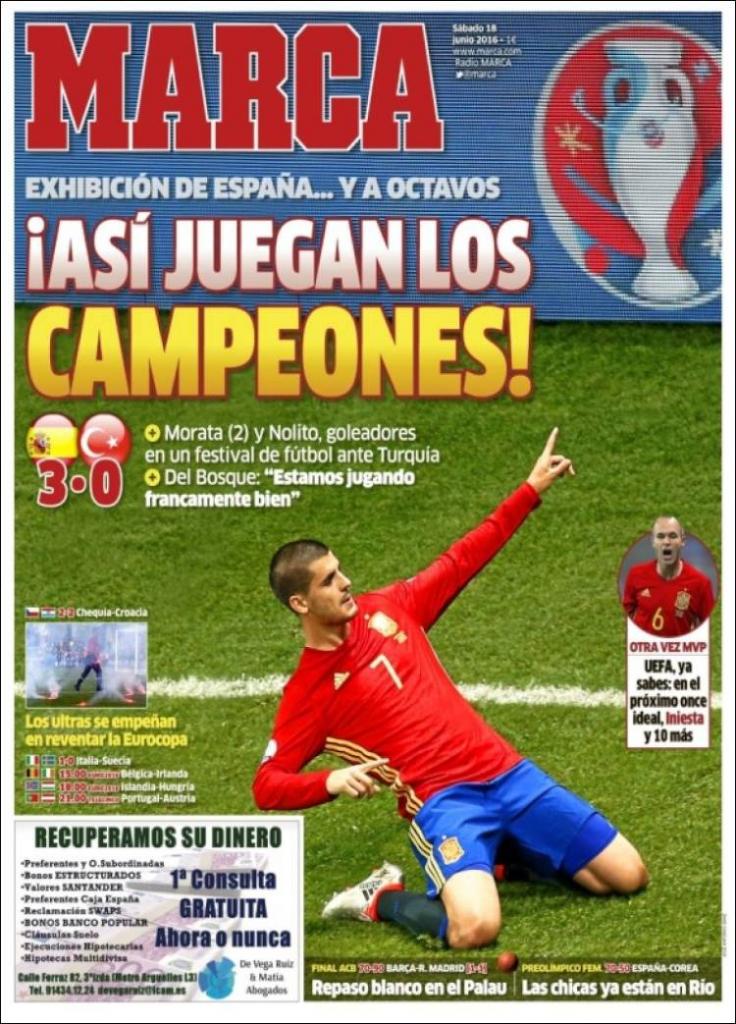 Exhibition from Spain to reach the last 16

Morata (2) and Nolito, goalscorers in a festival of football against Turkey

Man of the match again

UEFA knows: in the next best XI, it will be Iniesta and 10 others

The ultras are hell-bent on ruining the Euros 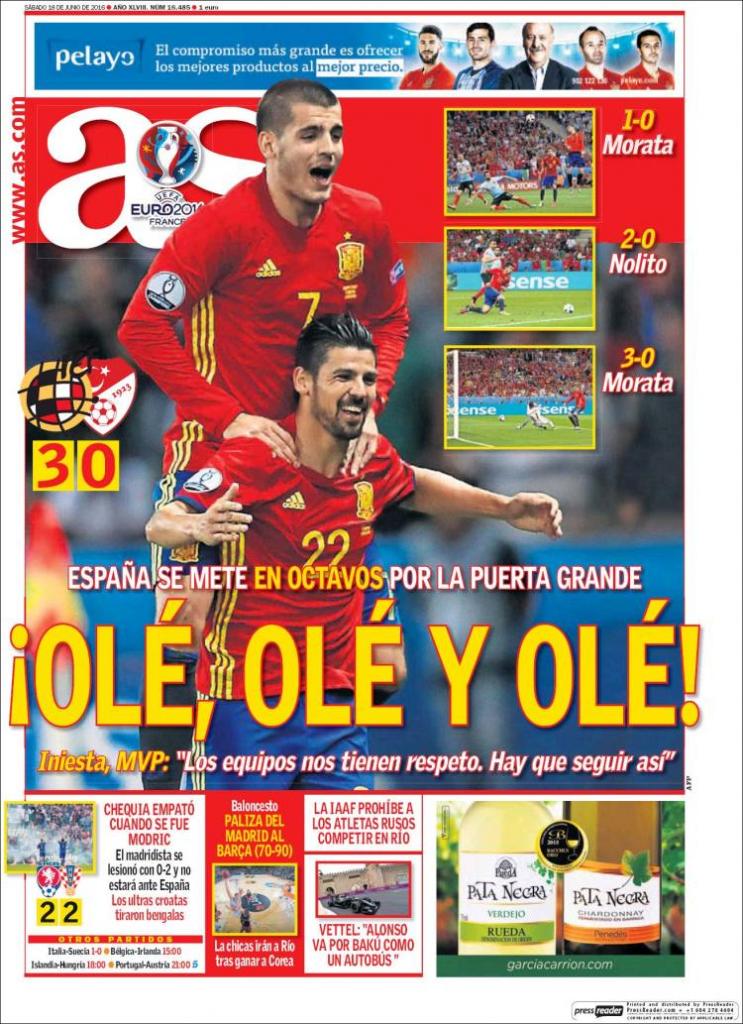 Spain get into the last 16 through the front door

Iniesta, MVP: “The teams have respect for us. We must go on” 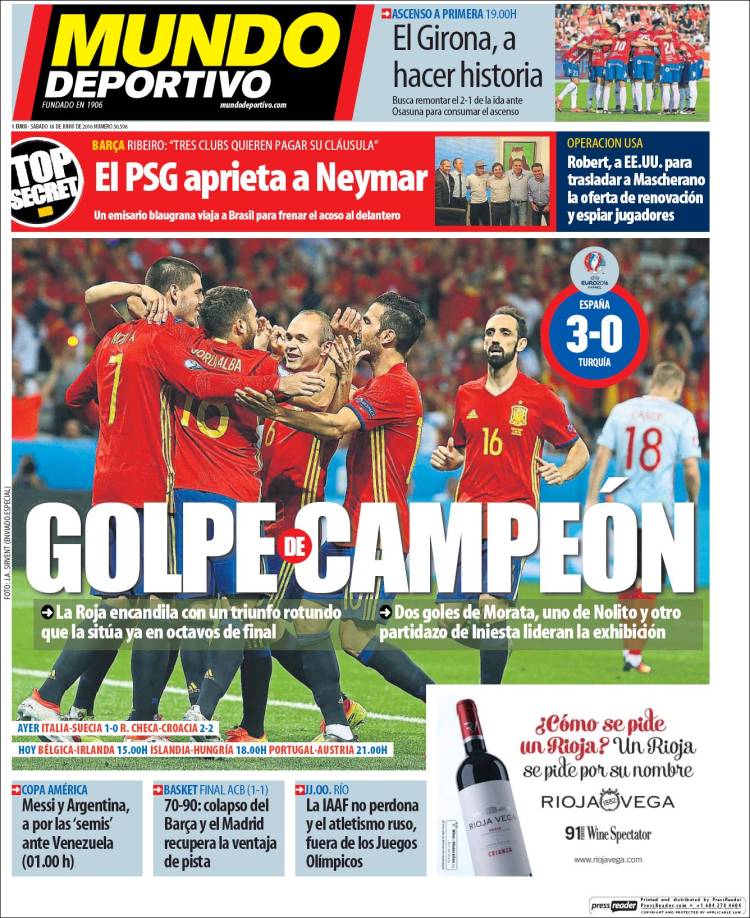 Two goals from Morata, one from Nolito and another great match from Iniesta lead the exhibition

Messi and Argentina, for the semis against Venezuela