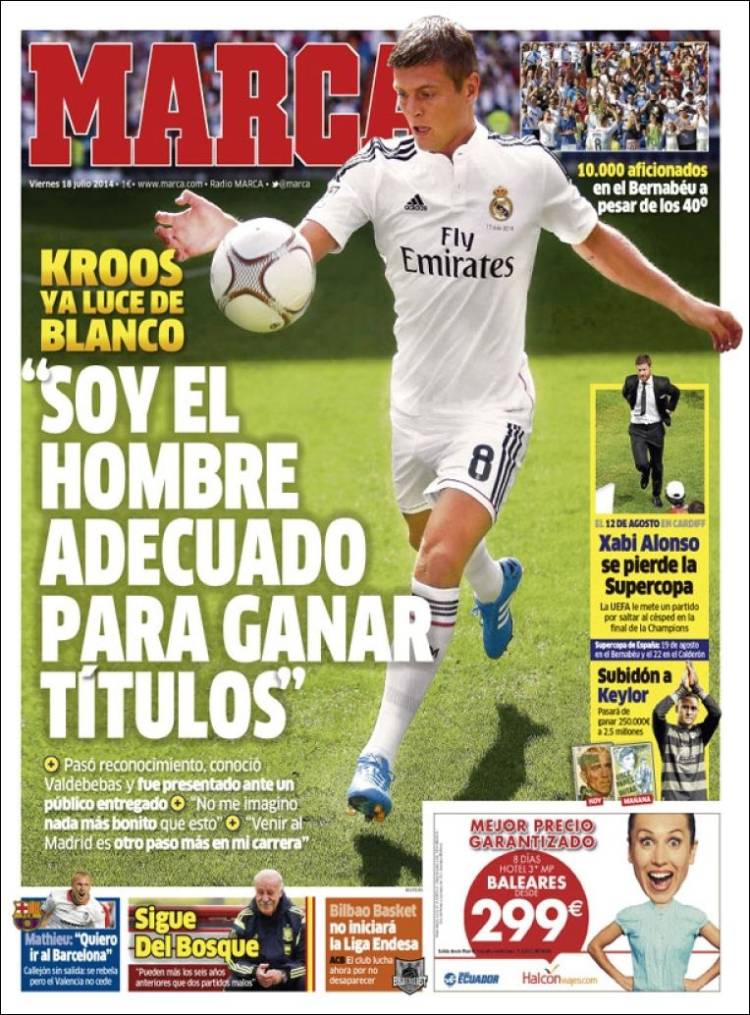 'I am the right man to win titles'

He passed his medical, he saw Valdebebas and was presented in front of a dedicated crowd

'I didn't imagine anything more beautiful than this'

'Coming to Madrid is another step in my career'

A boost for Keylor

Mathieu: 'I want to go to Barcelona'

No exit and rebels but Valencia won't give in 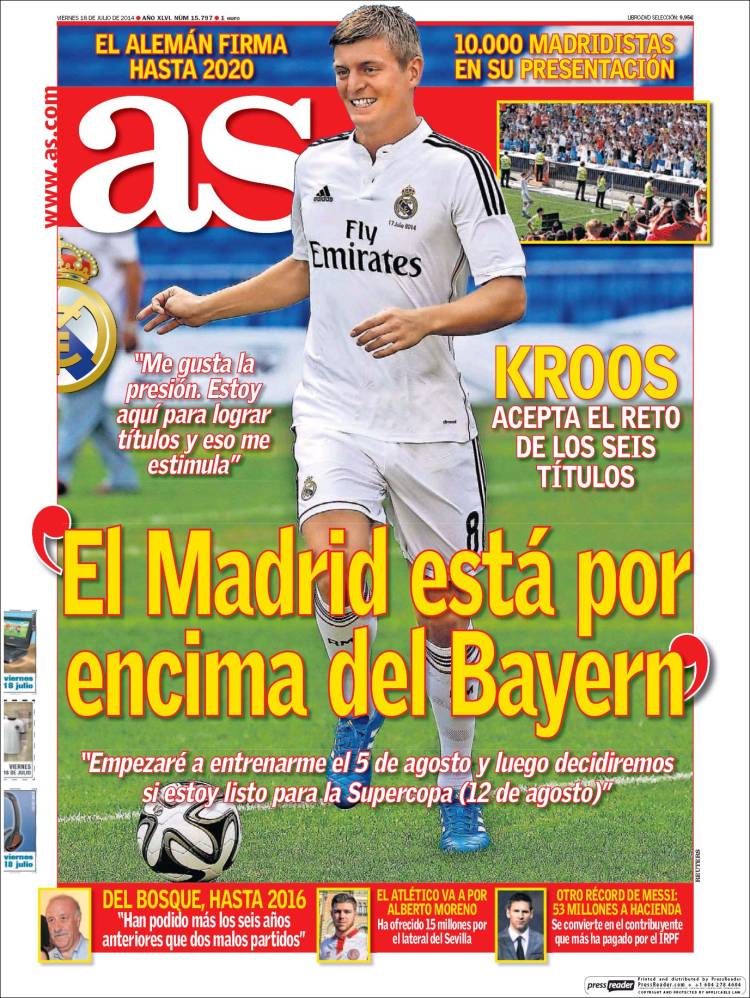 'Madrid are above Bayern'

'I like the pressure. I am here to win titles and this motivates me'

The German signs until 2020

10,000 Madrid fans at his presentation

They have offered €15m for the Sevilla full-back.

Another record for Messi: €53m to the tax office

He becomes the biggest contributor who has paid the IRPF 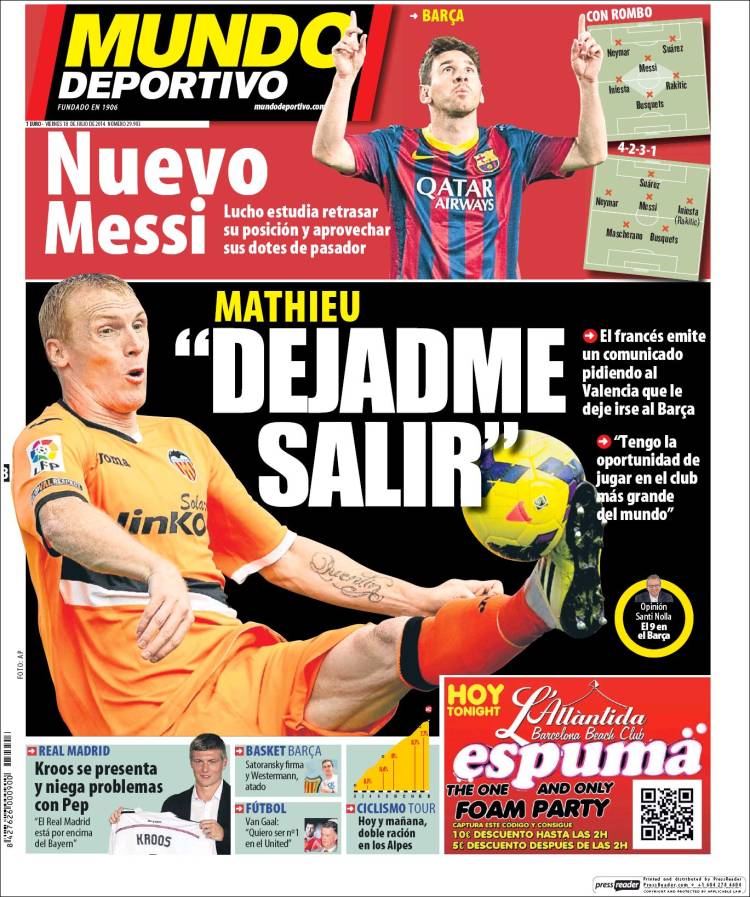 'Real Madrid are above Bayern'

Van Gaal: 'I want to be number one with United'