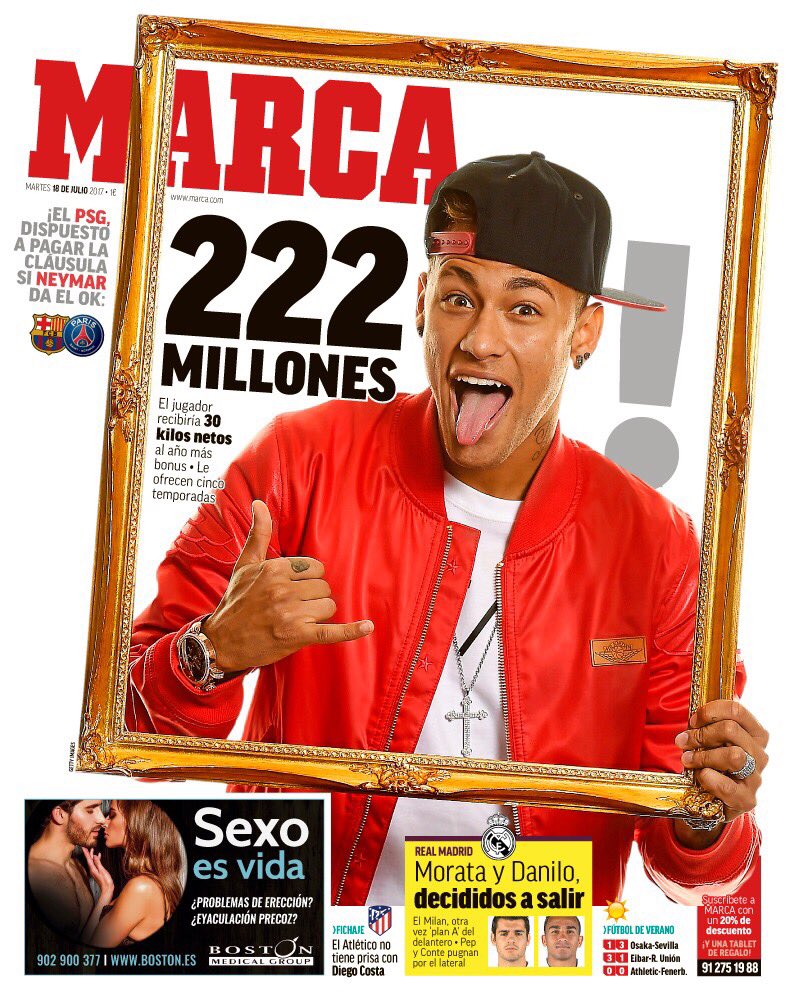 Neymar would receive 30m net per yet plus a bonus, in five-year deal

Atleti in no hurry over Costa

Morata and Danilo decide to leave - Morata Milan's 'Plan A', City/Chelsea to go for Danilo 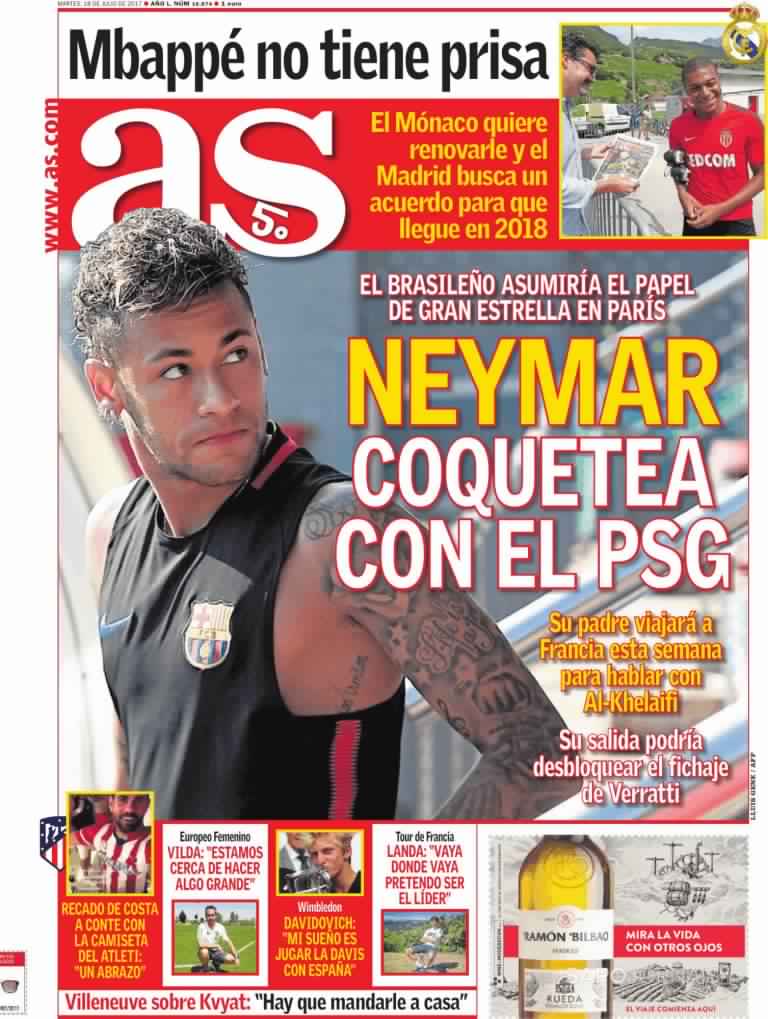 He would be the great star in Paris

His move would unlock the Verratti deal

Mbappe in no hurry - Monaco want him to sign a new deal, RM want him next year

Costa in Atleti shirt wants to send Conte a hug 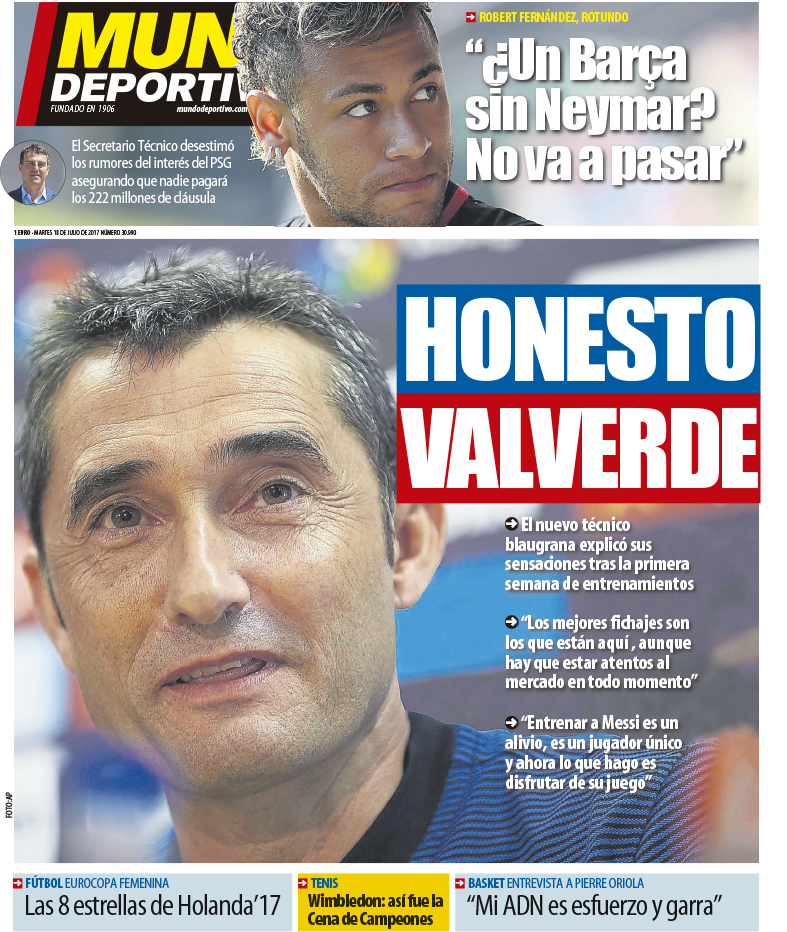 Thoughts on first week of training, 'the best signings are those who are here', 'to coach Messi a relief, a totally unique player'