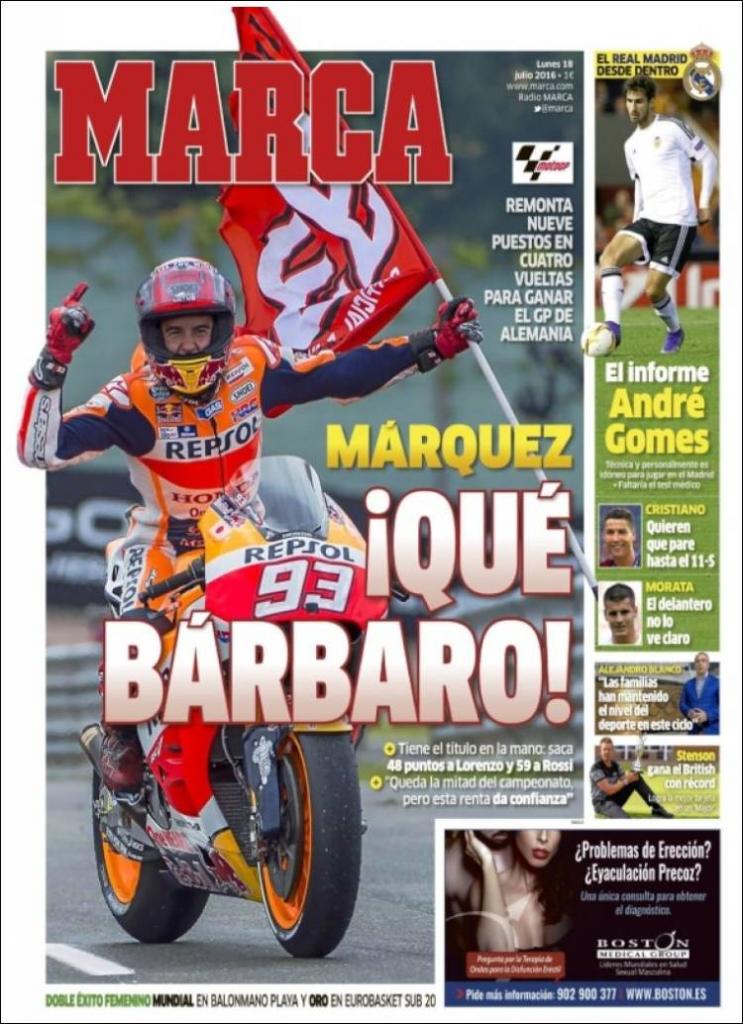 He has the technique and personality to play for Madrid

They want him to rest until September 11

The forward does not see things clearly 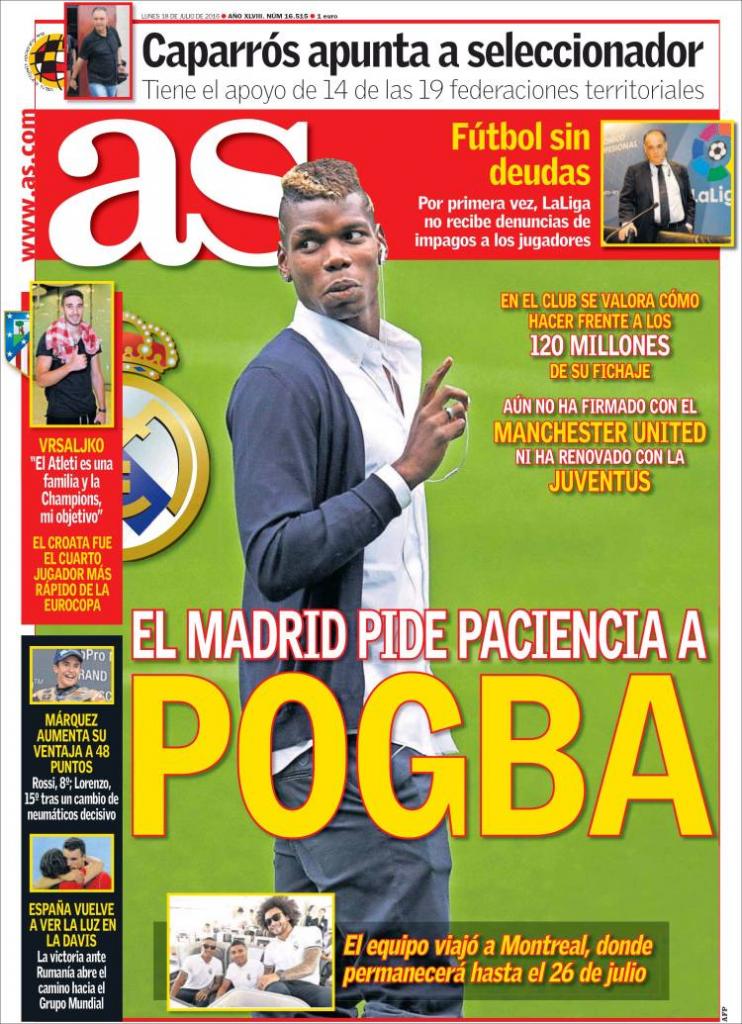 At the club, they assess how to approach his signing for €120m

The team travel to Montreal, where they will stay until July 26

For the first time ever, La Liga does not receive complaints from unpaid players

Caparros targeted as Coach of the national team

He has the support of 14 of the 19 regional federations

“Atleti are a family and the Champions League is my objective” 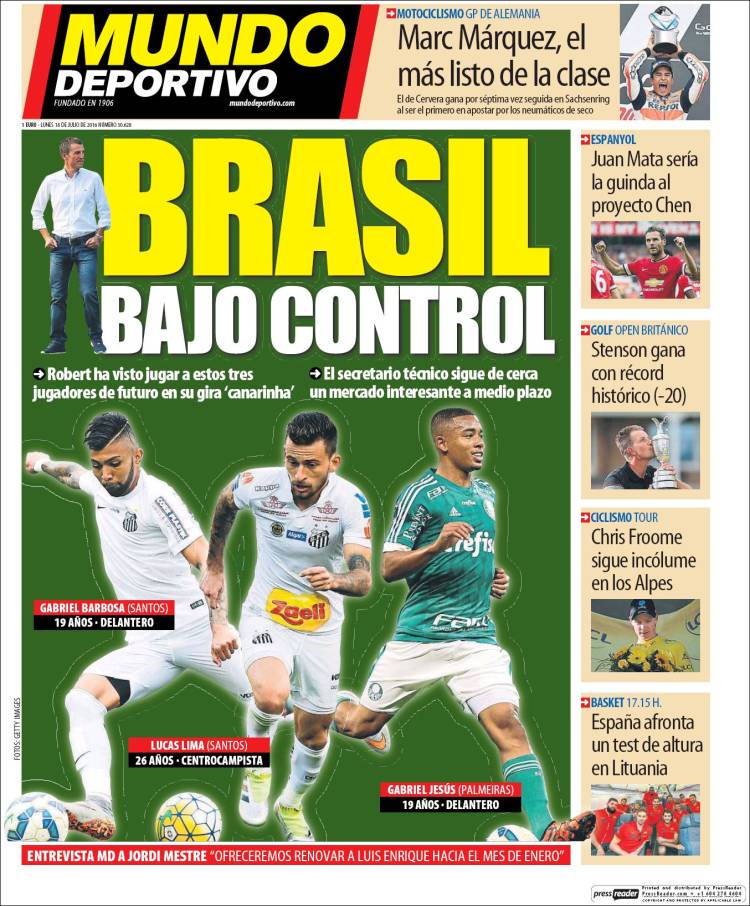 Robert has watched these three starlets play on his ‘Brazilian tour’

Juan Mata would be the icing on the Chen project