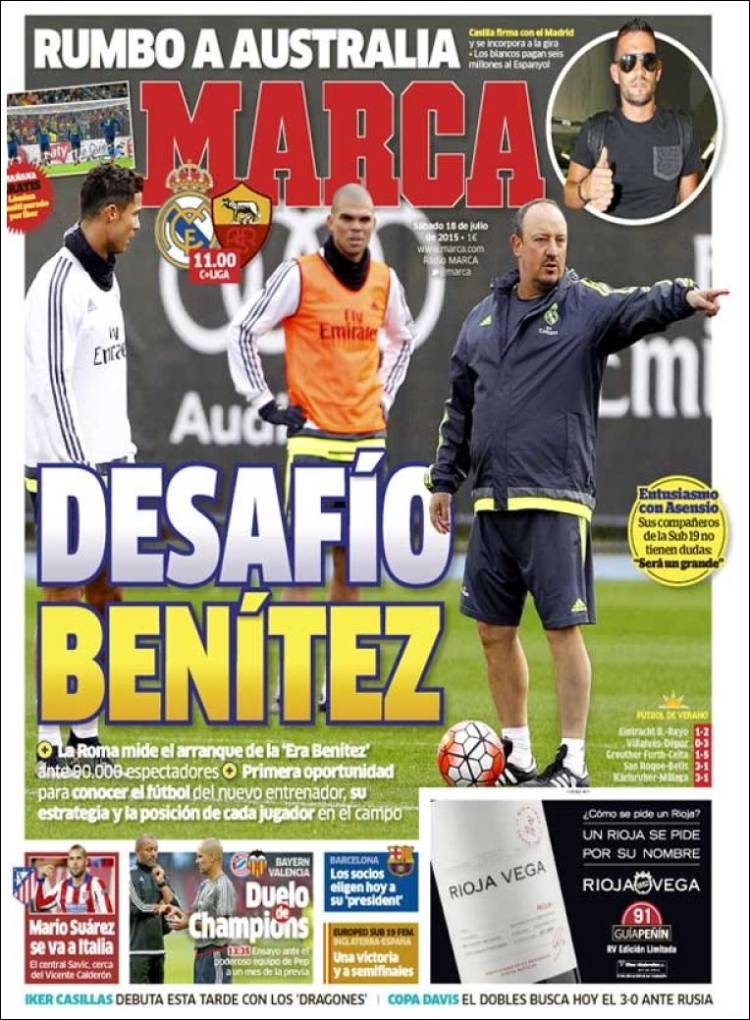 Roma test marks the start of ‘the Benitez Era’ in front of 90,000 fans

First opportunity to learn about the Coach’s style of play, his strategy and the position of each player on the pitch

Casilla signs for Madrid and joins their tour

His Under-19 teammates have no doubts: “He’ll be a great player”

The centre-back Savic is close to the Vicente Calderon

Bayern-Valencia, the duel of champions

Test against Pep’s powerhouse a month before the new season

A win and into the semi-finals 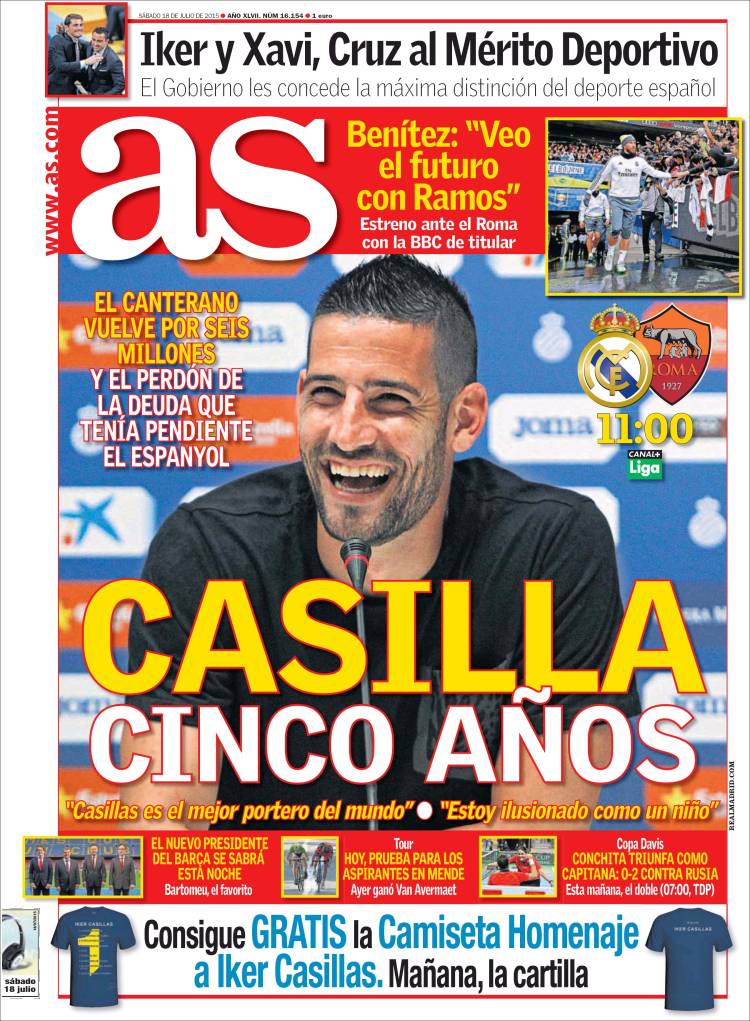 “Casillas is the best goalkeeper in the world”

Benitez: “I see the future with Ramos”

Debuts against Roma with the ‘BBC’

The government gives them the highest distinction in Spanish sport

The new President of Barca will be elected tonight 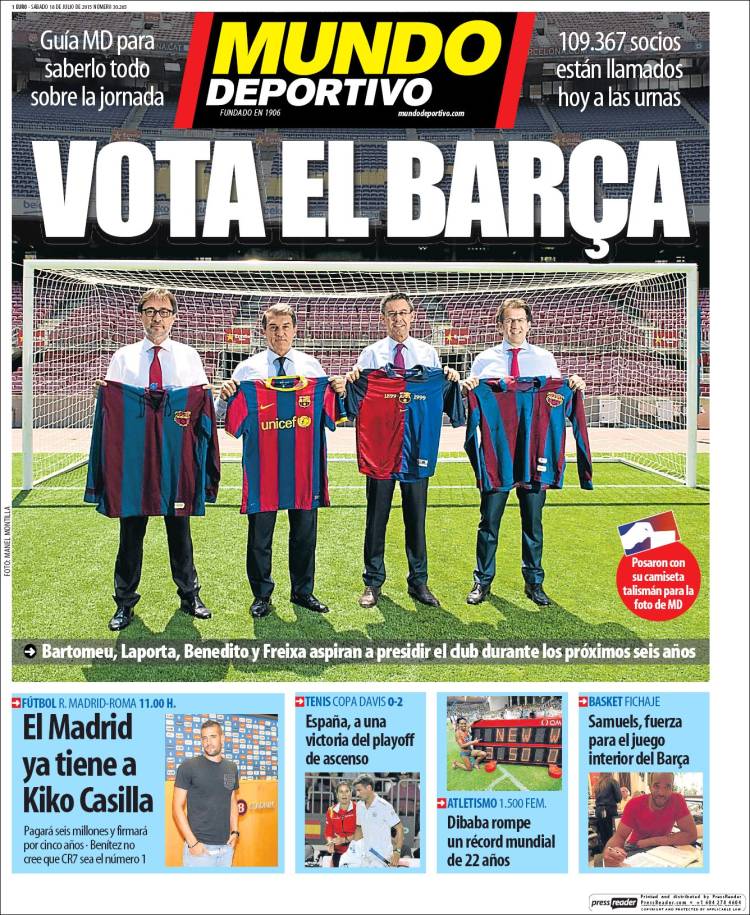 Bartomeu, Laporta, Benedito and Freixa want to preside over the club for the next six years

Paid €6m and signed him for five years

Benitez doesn’t believe that CR7 is No 1