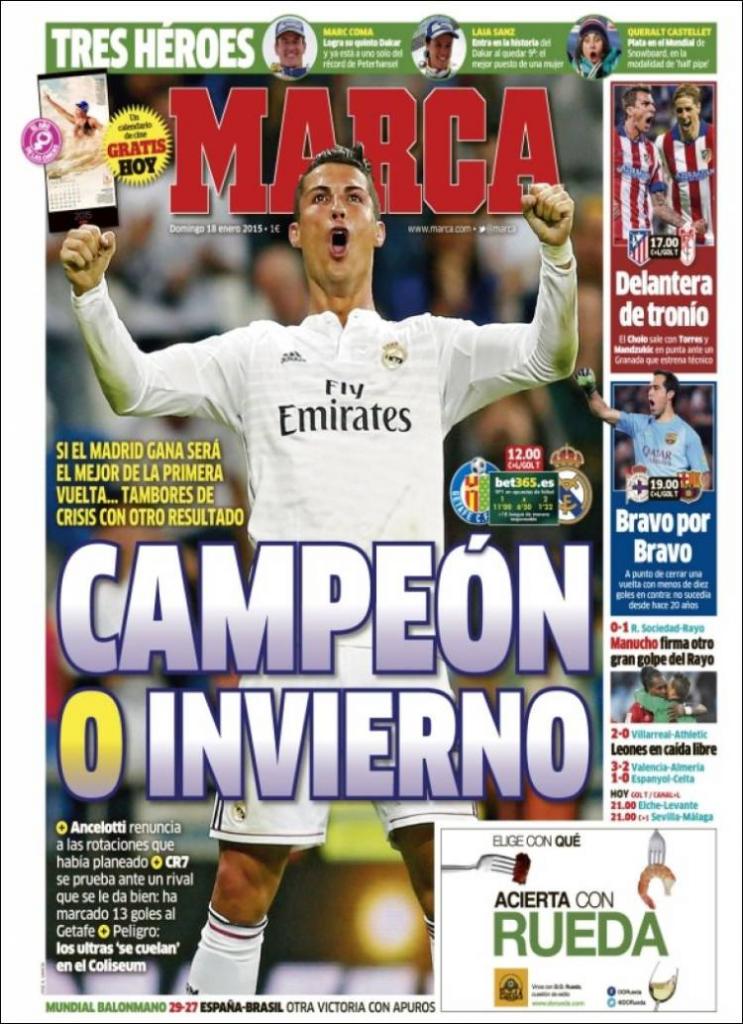 If Madrid win they will be the best of the first round...drums of crisis with any other result

Ancelotti abandons the rotations he had planned

CR7 tests himself against an opponent he does well against: he has scored 13 goals against Getafe

Danger: the ultras ‘sneak into’ the Coliseum

An extravagant forward line: El Cholo starts with Torres and Mandzukic up front against a Granada whose Coach is having his first game

‘Bravo’ for Bravo: he is on the verge of ending the first round of games with less than 10 goals conceded: it has not happened for 20 years 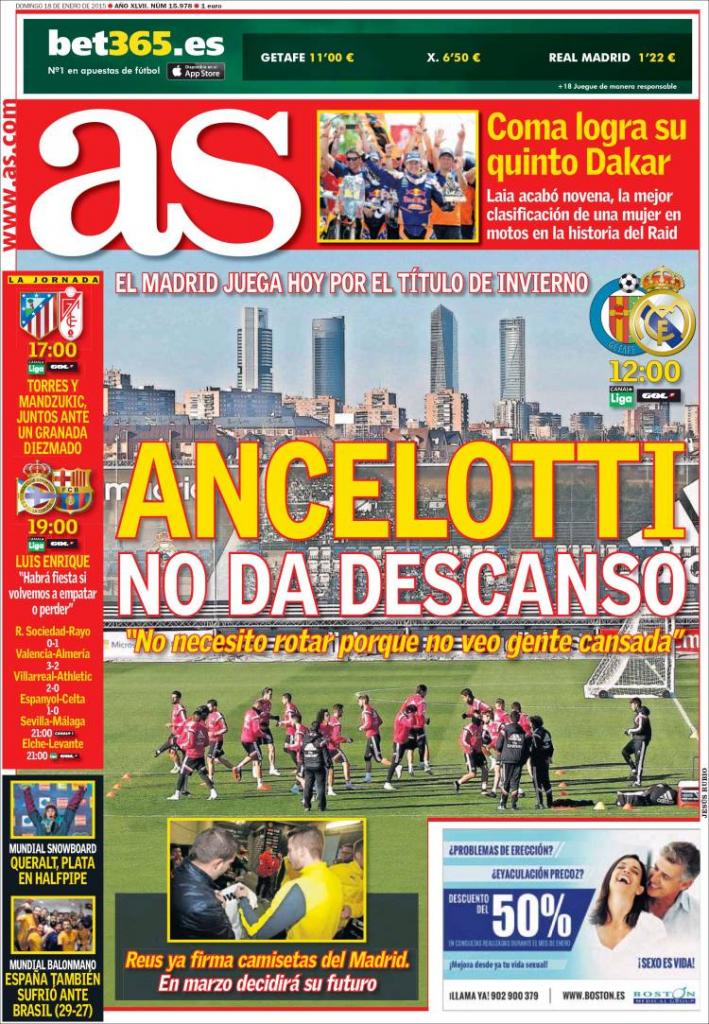 Torres and Mandzukic together against a decimated Granada

Luis Enrique: “There will be a party if we draw or lose again” 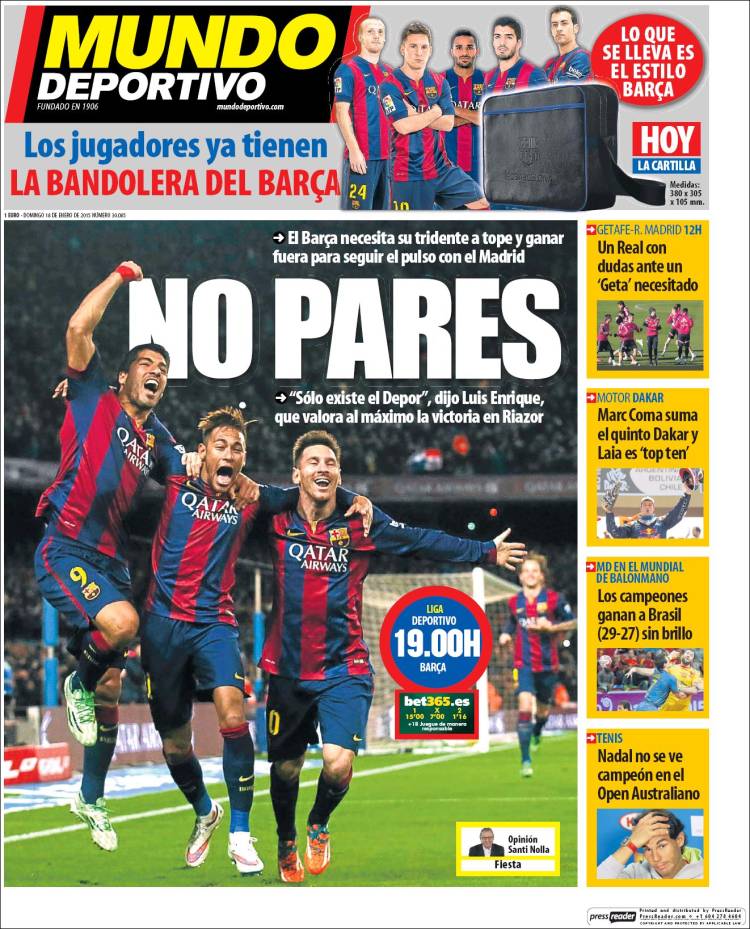 Getafe-Real Madrid: a Madrid in doubt against a ‘needful’ Getafe