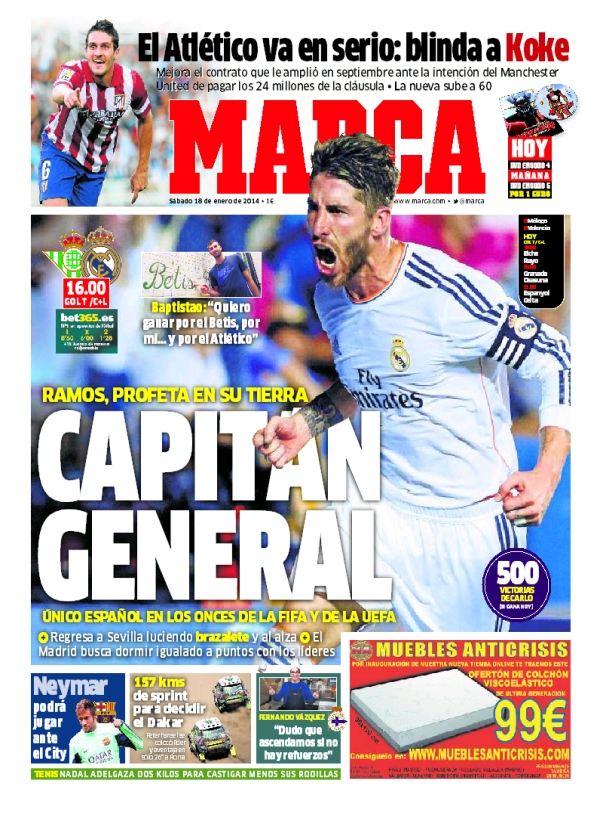 Captain and General
Ramos, the prophet of the field
The only Spanish player to be included in Fifa and Uefa's first elevens
He returns against Sevilla wearing the armband
Madrid looking to go equal on points with the two leaders
Atletico are serious about keeping Koke
They will improve his contract and extend it in September ahead of interest from Manchester United who are willing to pay €24 million to release him
The new clause will rise to €60 million
Neymar could play against City
157km sprint to decide Dakar
Fernando Vazquez: "I doubt if will get promotion unless reinforcements arrive" 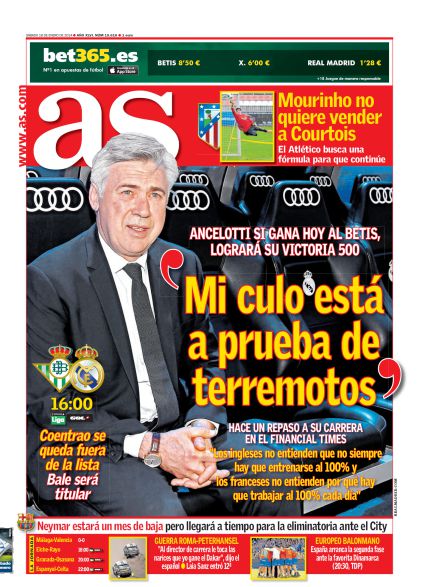 Ancelotti will make it 500 victories as a coach if Madrid best Betis today
"I am a bunch of nerves," Ancelotti
A review of his career is made in the Financial Times
"The English do not understand that you always have to train at 100 per cent and the French do not understand that you have to work at 100 per cent every day"
Coentrao not included in the squad, Bale to start
Mourinho wants to sell Courtois
Atletico looks for a way to keep their keeper
Neymar will be out for a month but could return in time for Man City
Guerra between Roma and Peterhansel: "He will go crazy if I win the Dakar," says Roma 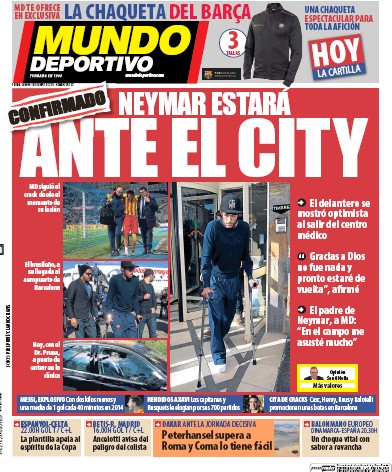 Neymar will play against City
The forward showed optimism when at the medical centre
"Thanks to God it was nothing and soon I will return," Neymar
Neymar's father: "I feared the worst"
Real Madrid: Ancelotti warns against the dangers posed by low-placed teams
Dakar: Peterhansel overcomes Roma and Coma easily
Explosive Messi: Two kilos lighter, Messi has averaged a goal every 40 minutes since returning
Praise for Xavi: Busquets and others eulogise about the 700-game man