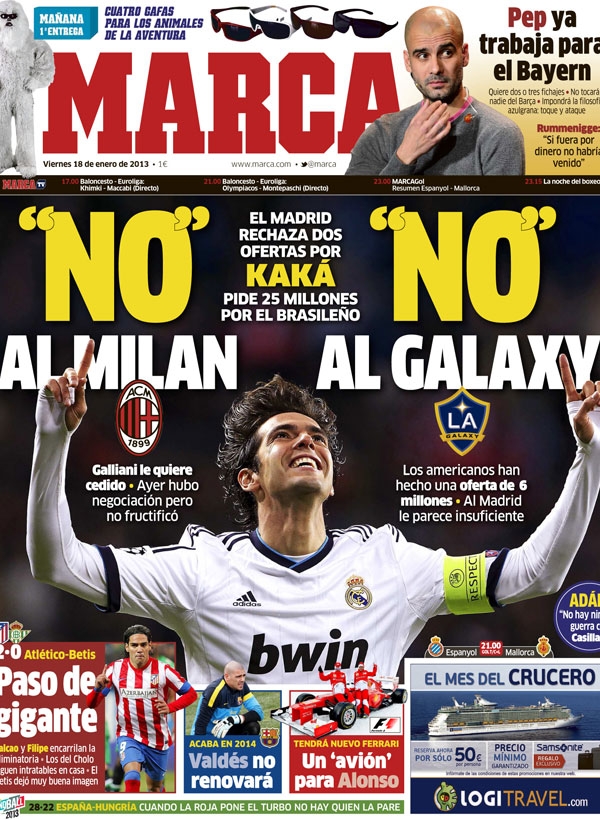 The Americans have offered 6 million, not enough for Madrid

He wants to sign two or three players; he will not touch anyone from Barca; he will impose his azulgrana philosophy, keep the ball and attack

Rummenigge: If there was not money, he will not have come

Falcao and Felipe get their team on track in knockout; El Cholo’s players are just impossible to beat at home; Betis leave a good image

Valdes will not renew

He will have a new Ferrari: the plane for Alonso

Adan: I was not used by Mourinho 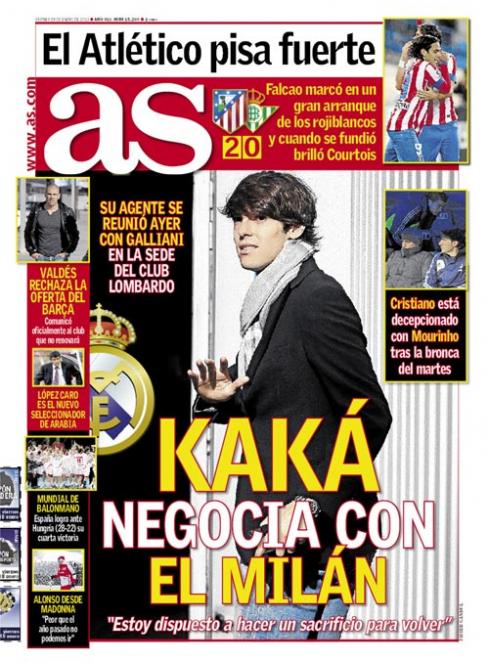 Kaka in talks with Milan

“I am ready to make a sacrifice to return”, Kaka

His agent was with Galliani yesterday at the club’s headquarters

Cristiano seen avoiding Mourinho after their argument on Tuesday

Valdes rejects offer from Barca: the club officially communicates that he will not renew

Lopez Caro is the new coach of Saudi Arabia

Alonso from Madonna: “We cannot do worse than last year” 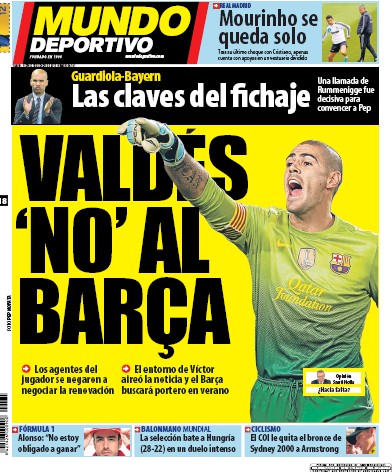 Valdes says “no” to Barca

Guardiola to Bayern: the key to his signing

One call was decisive to convince Pep says Rummenigge

Mourinho is left isolated: After his last argument with Cristiano, he has little support from his divided team

Formula 1: Alonso, “I am not obliged to win”

Cycling: The COI to strip Armstrong of his bronze medal from Sydney 2000