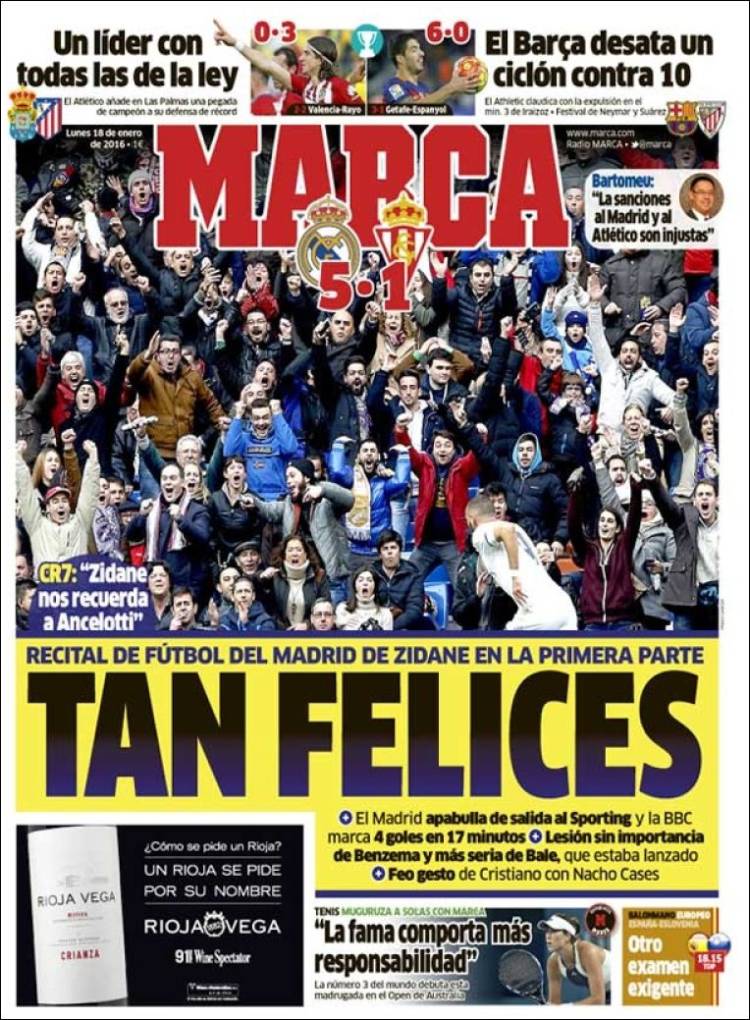 Recital of Zidane’s Madrid in the first half

Benzema picks up a minor injury, while Bale’s is more serious Bale

CR7: “Zidane reminds us of Ancelotti”

Leaders by the book

Atletico add a champions’ punch to their record defence

Festival of Neymar and Suarez

Bartomeu: “The sanctions for Madrid and Atletico are unfair” 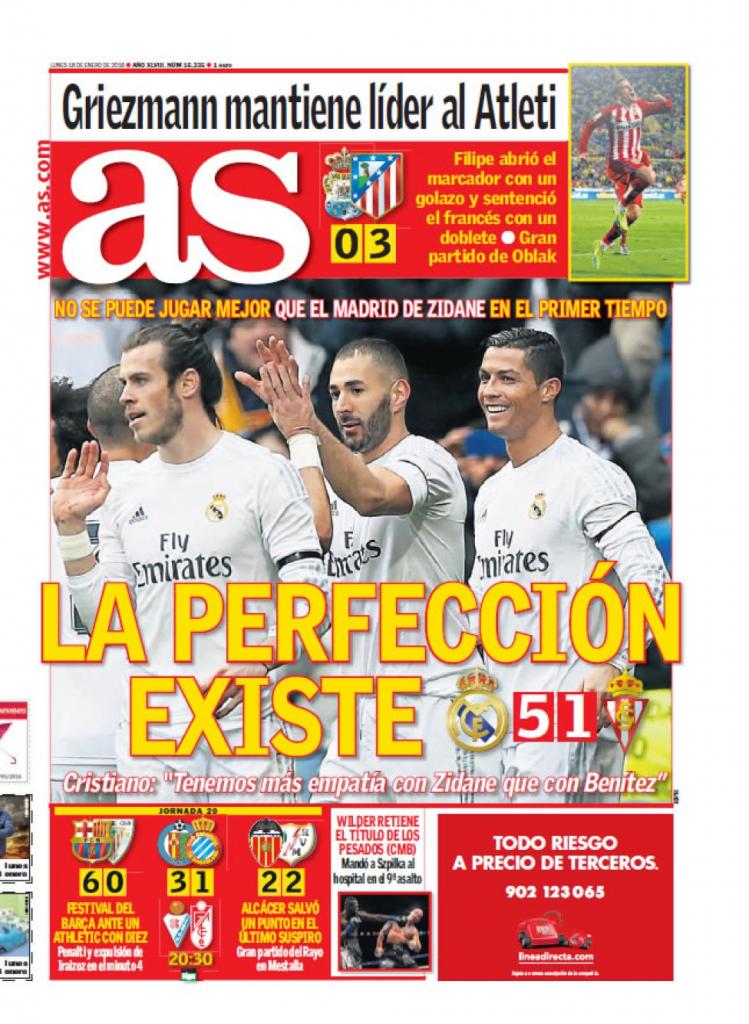 Ronaldo: “We have more empathy for Zidane than Benitez”

Penalty and red card for Iraizoz on four minutes

Alcacer salvages a point at the death

Great game from Rayo at Mestalla 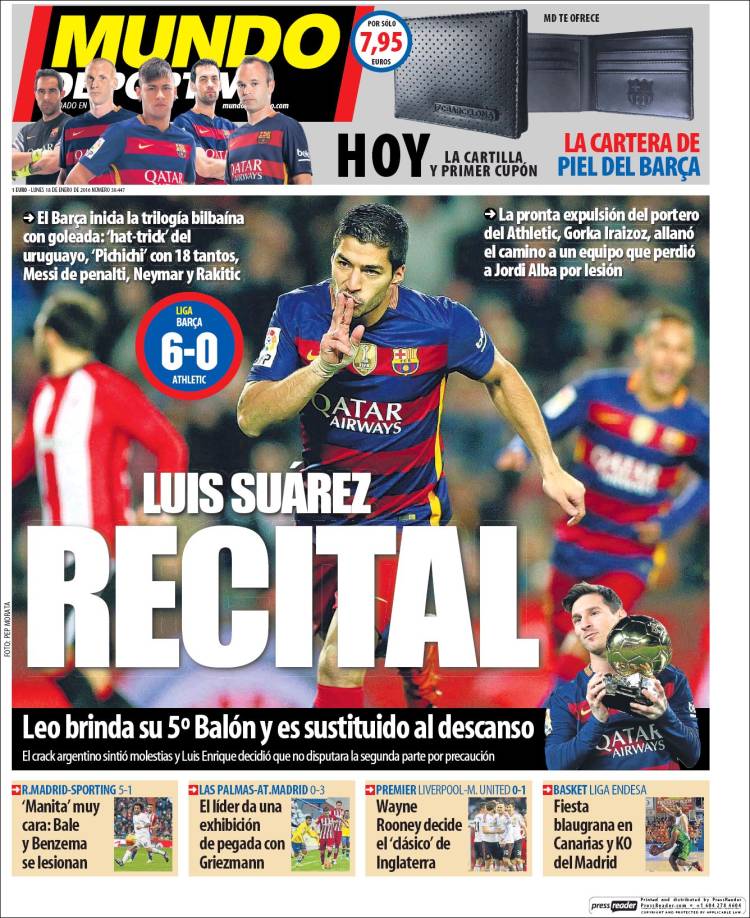 Barca start their Bilbao trilogy with a goal-fest: a hat-trick from Uruguayan, who is now the Pichichi with 18 goals, Messi penalty, Neymar and Rakitic

The leaders give an exhibition of attacking punch through Griezmann