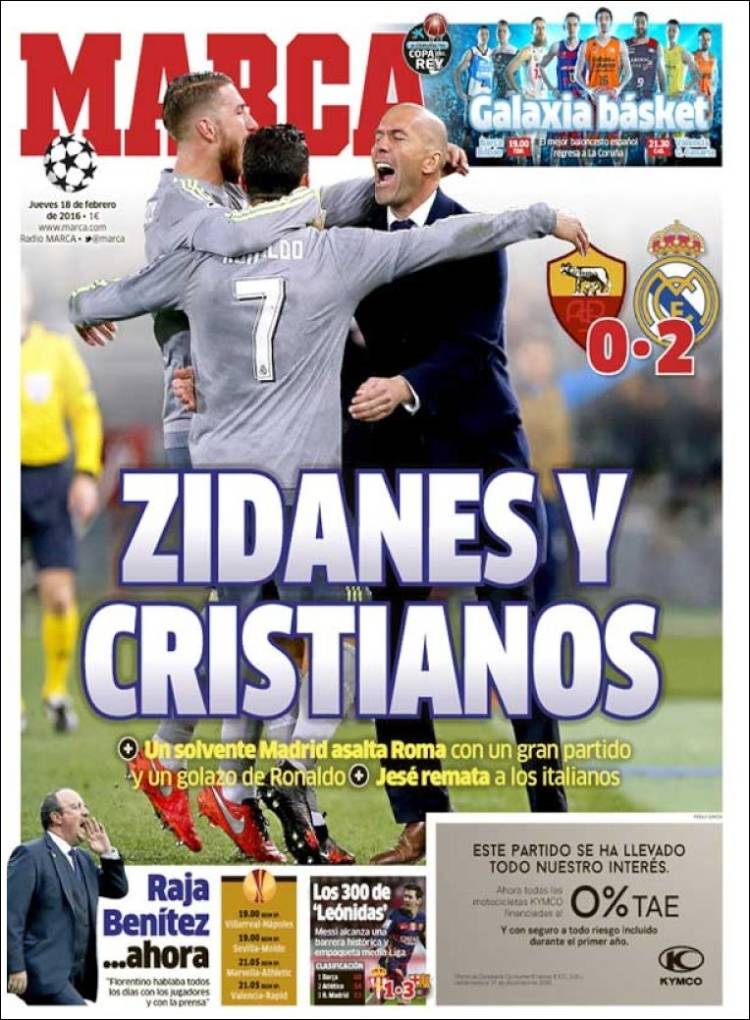 Jese finishes off the Italians

“Florentino spoke daily with the players and the Press” 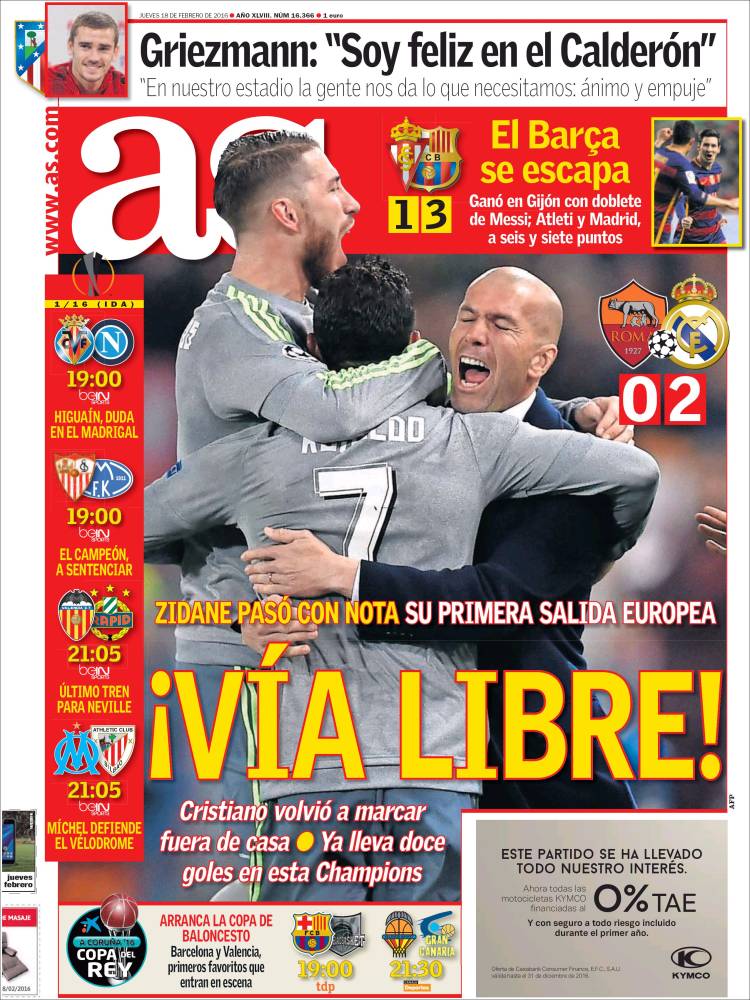 Griezmann: “I’m happy at the Calderon”

“In our stadium the people give us what we need: encouragement and a push”

Win in Gijon with a Messi double; six and seven points to Atleti and Madrid

Zidane passes the grade in his first European outing

Cristiano returned to scoring away from home

He reaches 12 goals in this Champions League

The champions, to sentence 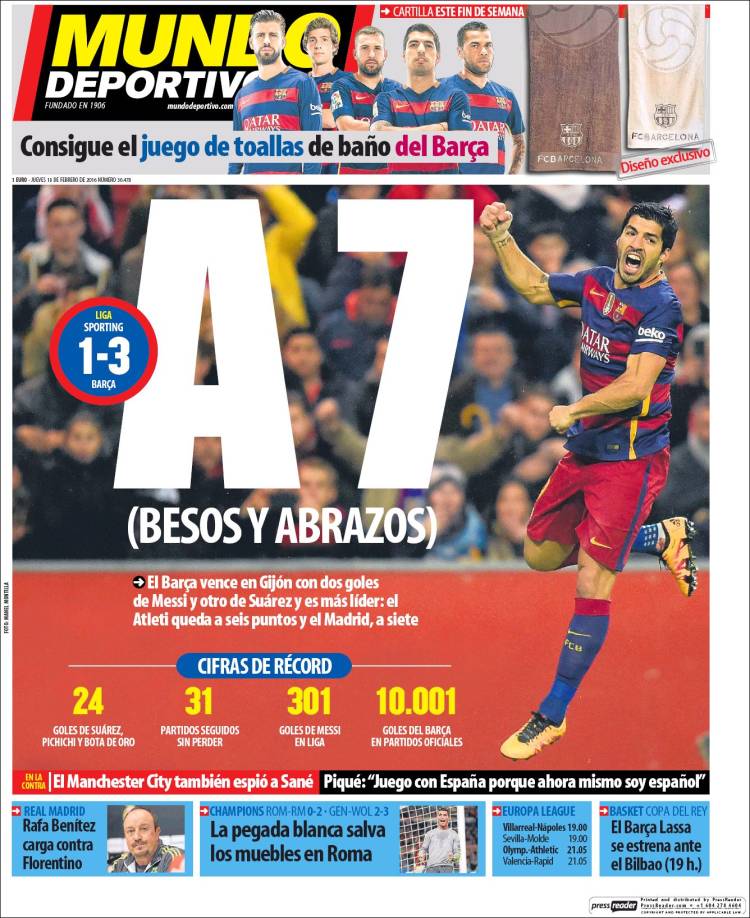 Barca wins in Gijon with two goals scored by Messi and another by Suarez and increases the lead: six points to Atleti and to Madrid, seven

Pique: “I play for Spain because right now I’m Spanish”

The Blanco punch saves the furniture in Rome