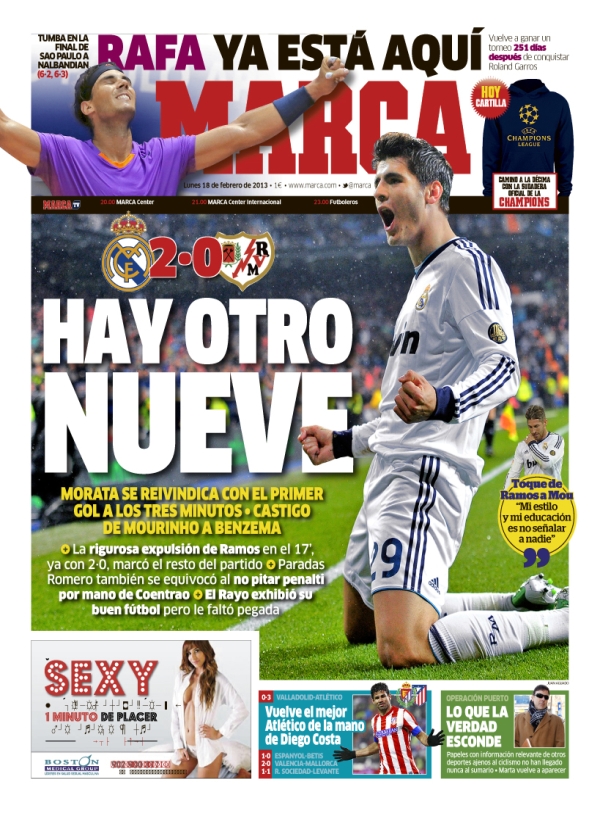 Morata claims a goal in the first three minutes

Punishment from Mourinho to Benzena

Severe expulsion of Ramos in the 17th minute, already when the game was at 2-0 and stayed that way for the rest of the match

Rayo exhibited their good football but were lacking in the end

Mou to Ramos: "My style and education is not to point the finger at any one"

Valladolid 0-3 Atletico Madrid: Return to their best thanks to the hand of Diego Costa

Operation Puerto: What is hidden from the truth

Papers with relevant information of other sports yet outside cycling have not reached the stage of being indicted; Marta to reappear

He wins in the final in Sao Paulo against Nalbandian 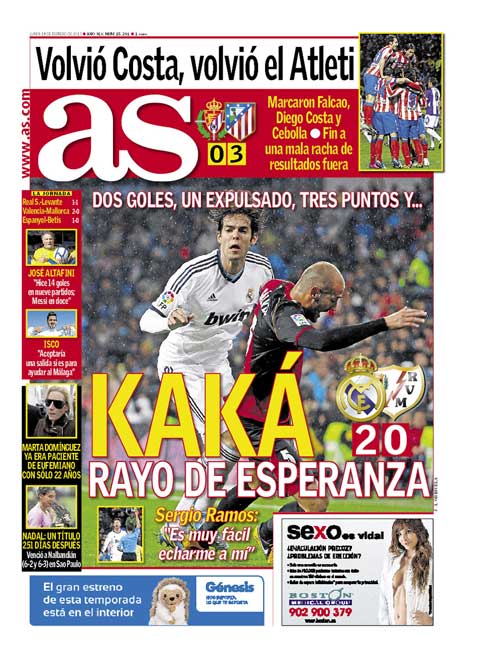 Sergio Ramos: "It is easy to send me off"

The end of their bad run of games away from home

Isco: "I should accept to leave if it helps Malaga"

Marta Dominguez already was a patient of Eufemiano when only 22

He beats Nalbandian in Sao Paulo 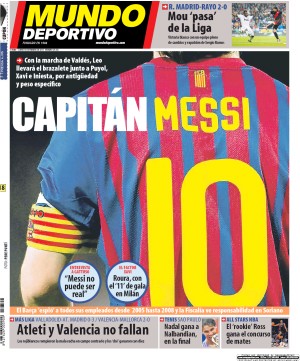 With Valdes leaving, Leo will wear the armband along with Puyol, Xavi and Iniesta

Mou goes on in La Liga

Real Madrid 2-0 Rayo: Victory for Los Blancos with a team full of changes and with a red card to Sergio Ramos