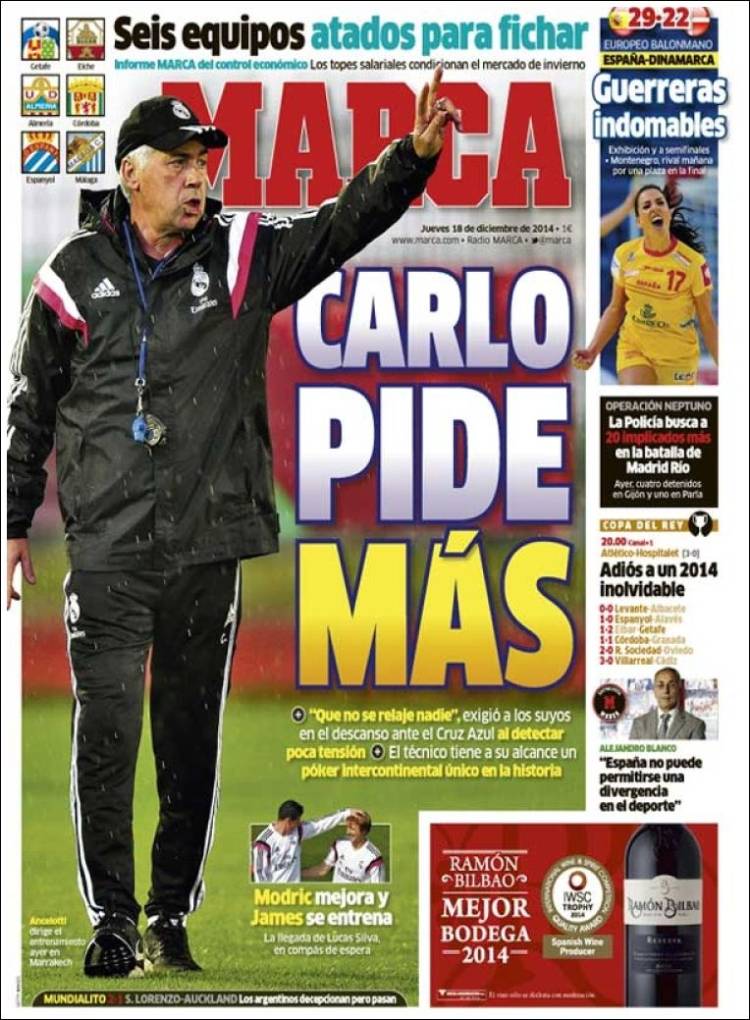 “Nobody can relax,” he demanded of his players at half-time against Cruz Azul, as he detected little tension

The arrival of Lucas Silva on the waiting list

The salary caps will condition the winter market

Operation Neptune: the police look for 20 more involved in the battle of the Madrid River

Yesterday four were arrested in Gijon and one in Parla

Atletico-Hospitalet: Goodbye to an unforgettable 2014

San Lorenzo-Auckland: The Argentines disappoint but go through 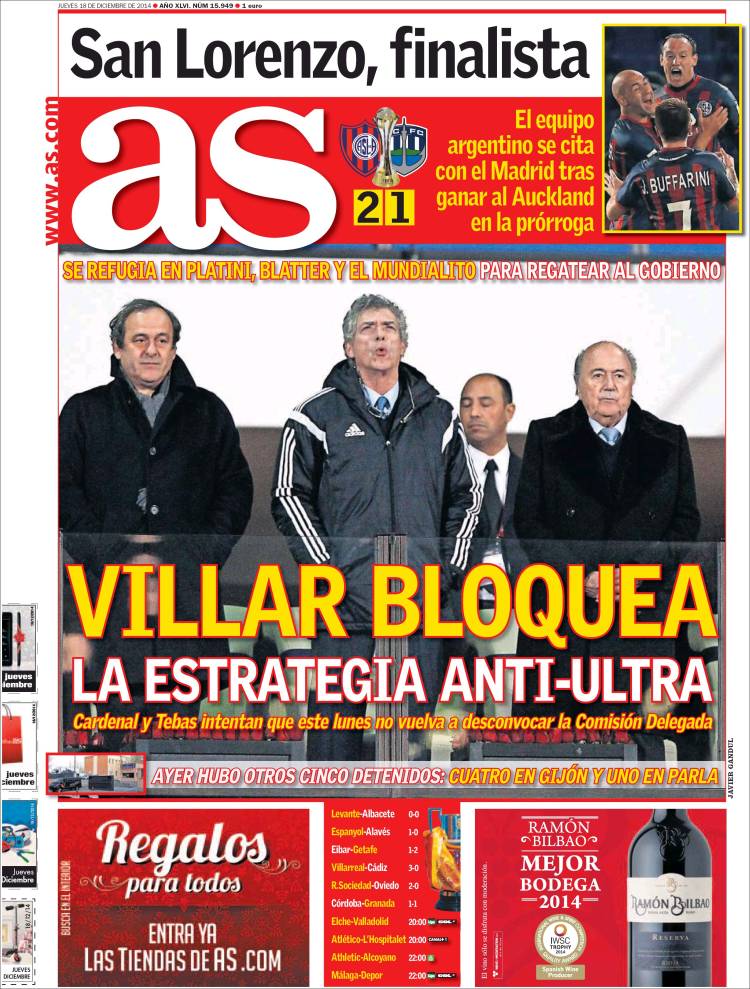 On Monday, Cardenal and Tebas will attempt not to call off the Commission’s meeting again

They take shelter in Platini, Blatter and the Club World Cup to avoid the government

Another five were arrested yesterday: four in Gijon and one in Parla 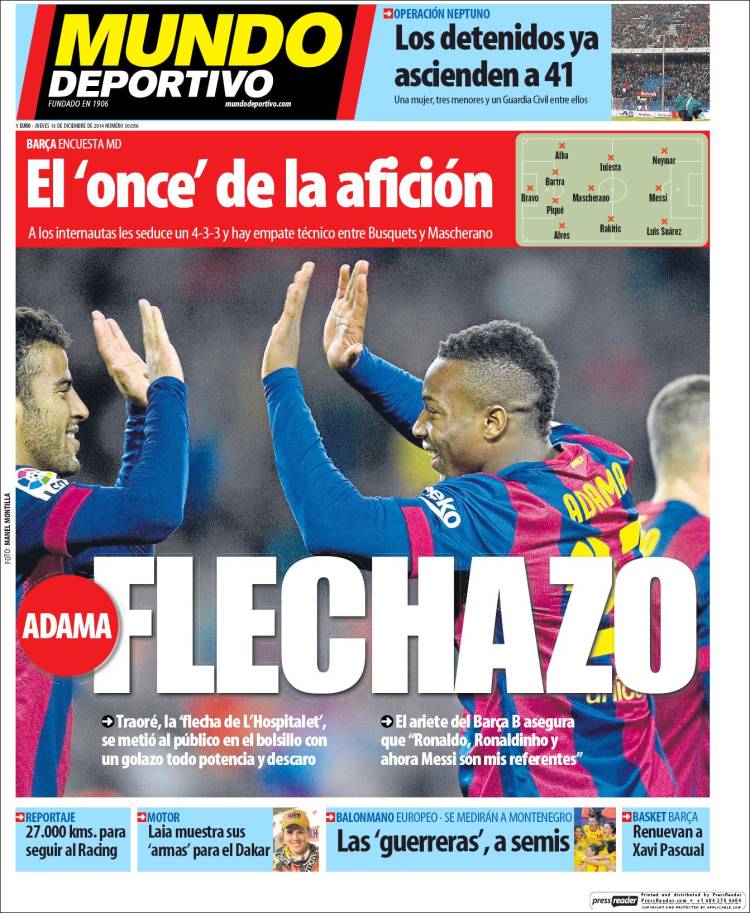 Traore, the ‘L’Hospitalet Arrow’ has the fans in his pocket with a great goal full of power and cheek

The Barca B striker reveals that “Ronaldo, Ronaldinho and now Messi are my idols”

The fans’ XI: Internet users choose a 4-3-3 and there is a technical draw between Busquets and Mascherano

The arrested now reaches 41 with a woman, three minors and a member of the Guardia Civil among them