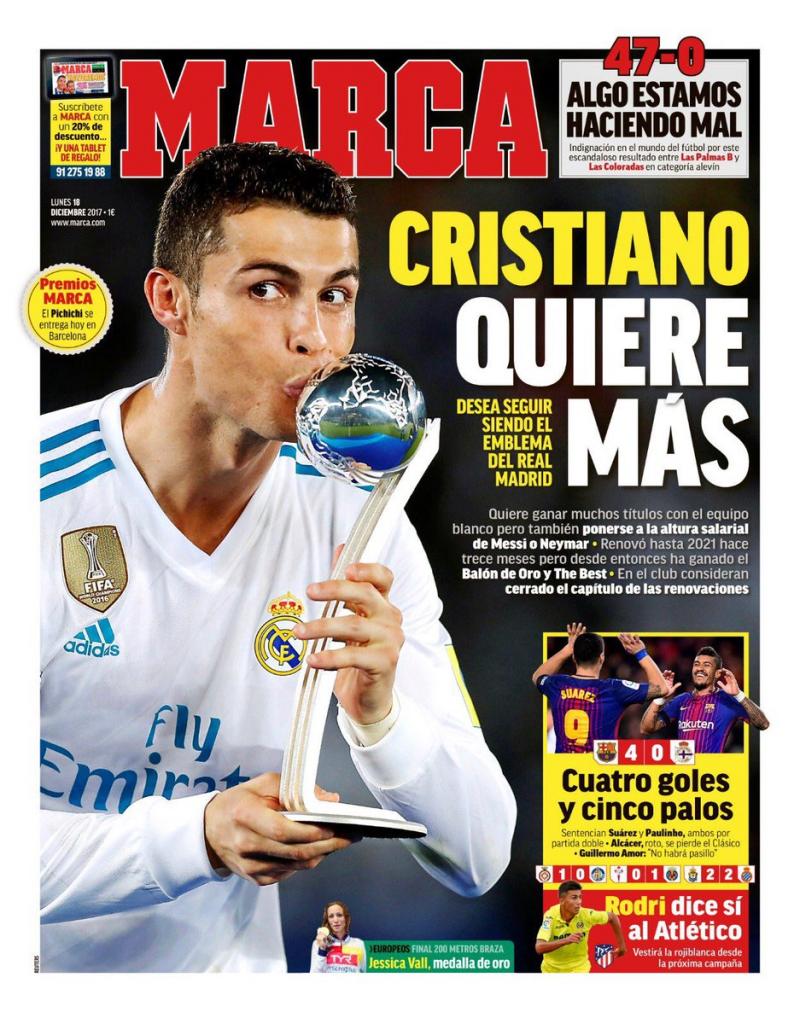 He wants to win many more titles at Madrid but also to be paid as much as Neymar and Messi, extended his deal until 2021 13 months ago but has since won Ballon d'Or and The Best, the club considers the chapter of player's renewals closed

We are doing something wrong - Las Palmas B wins 47-0

Four goals and five hits of the woodwork - Paulinho and Suarez both score doubles, Alcacer injured for El Clasico

Rodri says yes to Atleti - will join for next season 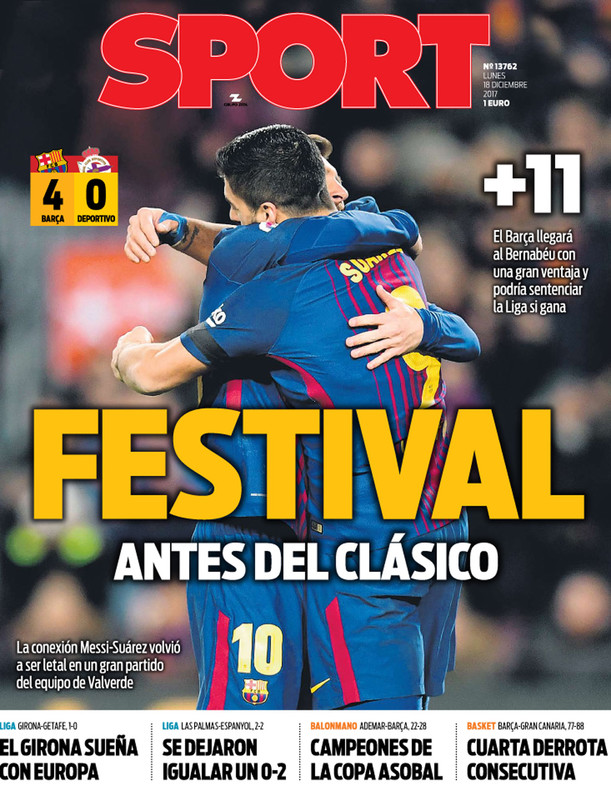 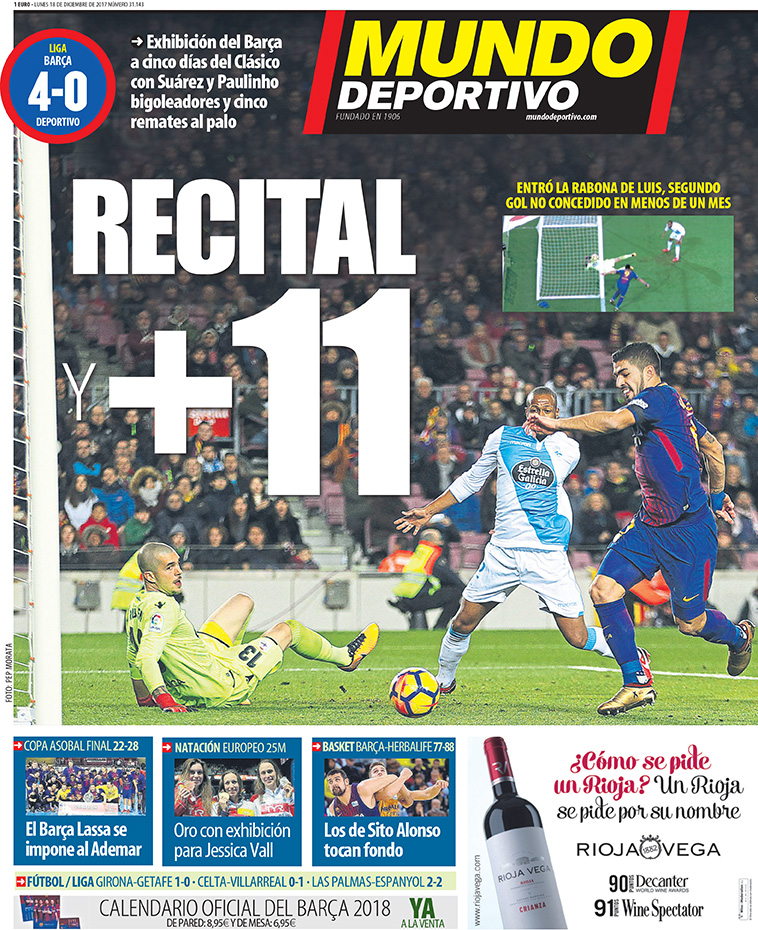 Exhibition from Barca with five days to go to El Clasico with Suarez and Paulinho scoring twice, hitting the post five times

Second goal not given in the space of a month