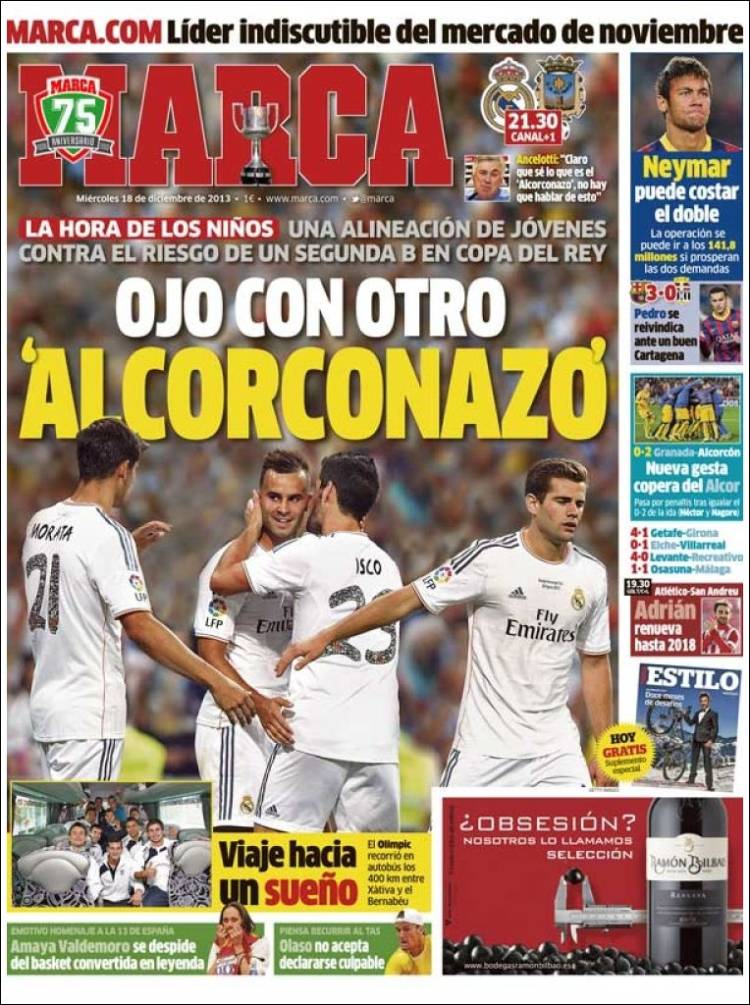 Time for the young ones to shine

The operation could see his transfer fee rise to 141.8€ million if certain demands are made

Pedro returns to form against Cartagena

Another heroic achievement from Alcorcon 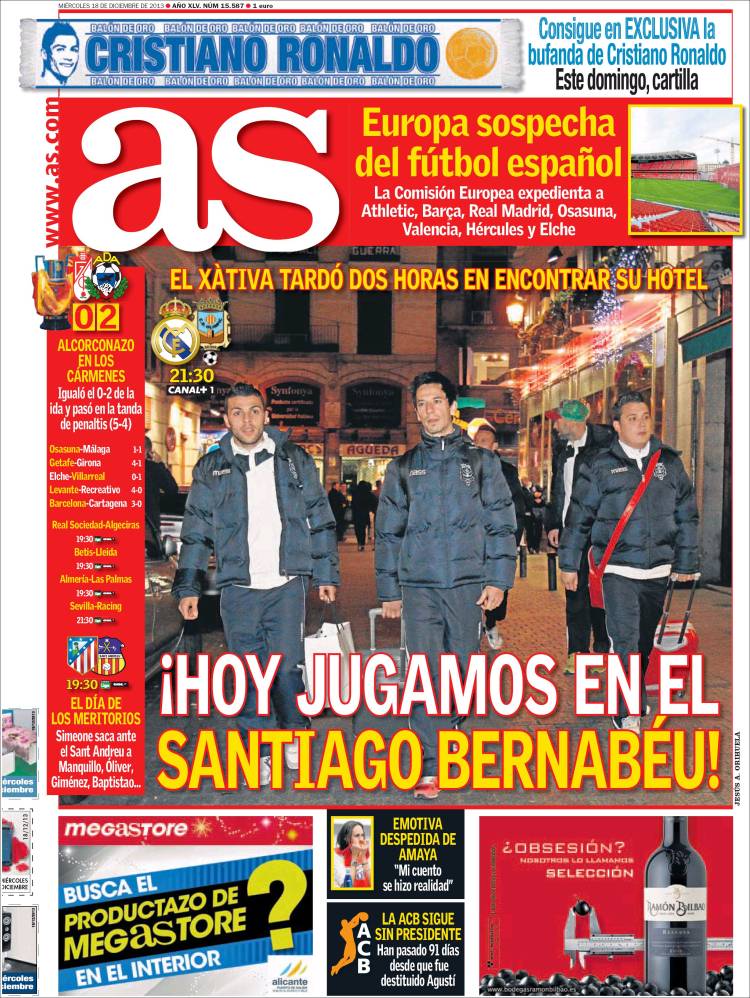 Today we play at the Santiago Bernabeu

They level the tie and then win on penalties

A day to gain experience

Simeone's side up against Saint Andreu with Manquillo, Oliver, Gimenez and Baptistao.

Emotional send off for Amaya: "My story has been written" 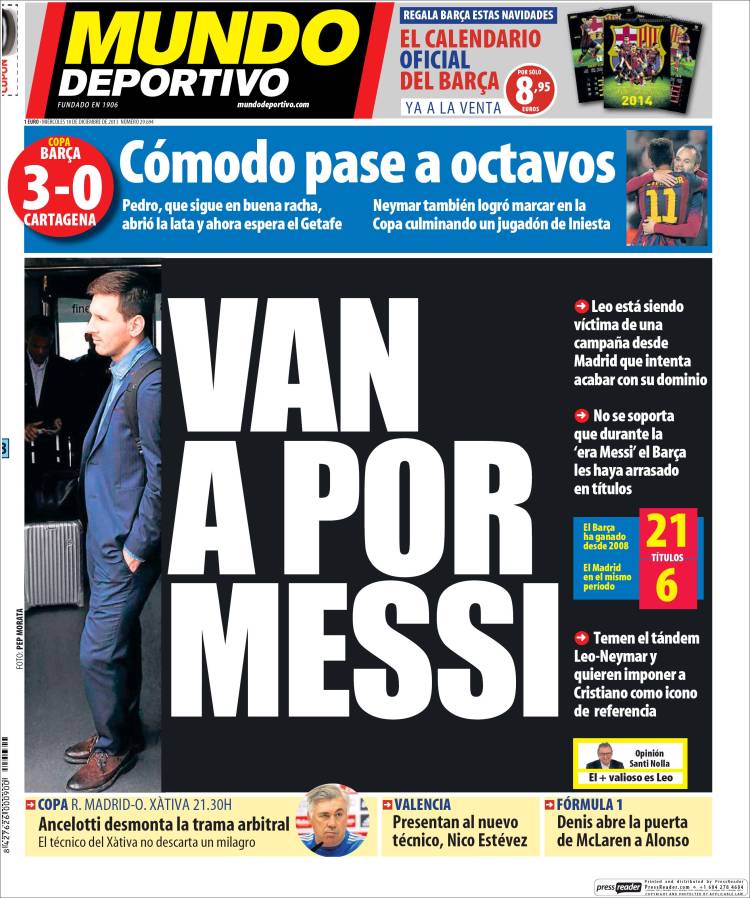 They are after Messi

Madrid have won just 8 titles in the same period

Comfortable progression to the round of 16

The coach of Xativa does not discount a miracle happening