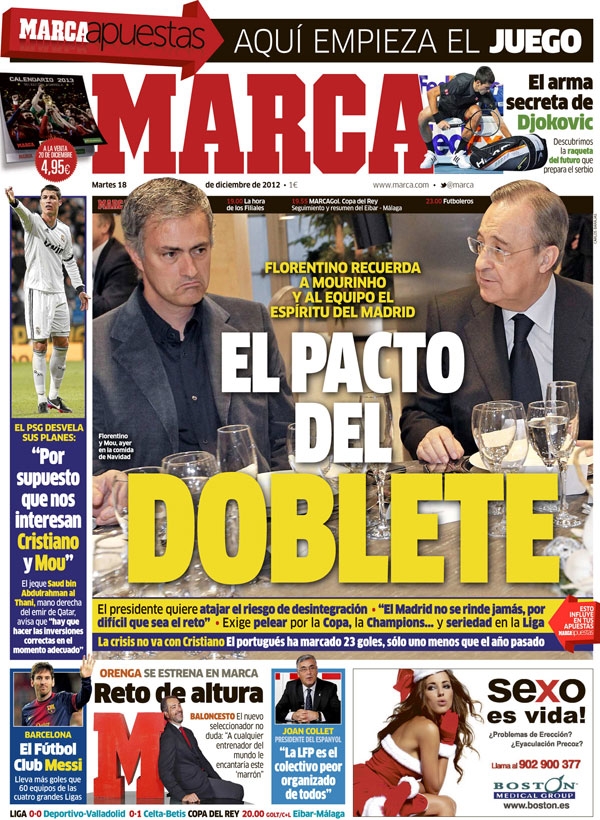 The two come to a pact: Florentino reminds Mourinho about the spirit of the team

The president wants to avoid the risk of complete disintegration

Perez: “Madrid never give up, it will be difficult but it is a challenge”

Demands that Real fight for the Copa, the Champions League and….seriously for La Liga

Cristiano not effected by the club’s crisis; the Portuguese has scored 23 goals already, only one less than the year past

PSG divulge their plans: “Of course we are interested in Cristiano and Mou”

PSG chiefs Saud bin Abdulrahman al Thani, the right hand of the Emirate of Qatar warns: “The right investments have to be made at the right time”

Barcelona, the football club of Messi: Has more goals than 60 teams in four of the biggest leagues

A great challenge; The new coach has no doubt, “Any coach in this world would like this problem”

Joan Collet, the President of Espanyol: “The LFP is collectively the worst organisation of all”

The secret weapen of Djokovic: We describe the racquet of the future prepared for the Serbian 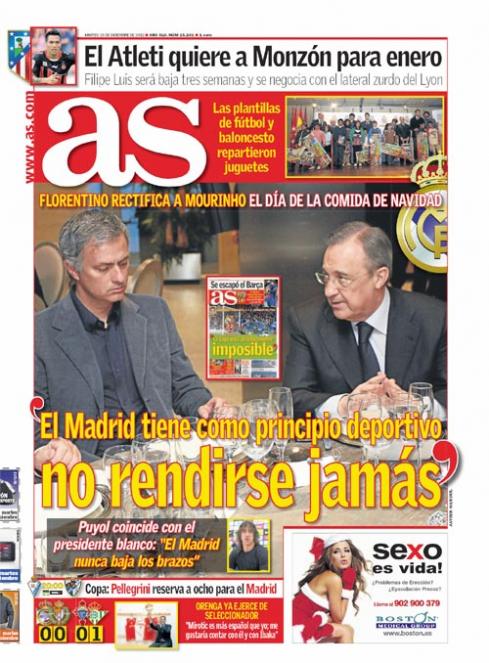 Perez: “Madrid have the sporting principle to never give up”

Florentino rectifies the situation with Mourinho at a Christmas lunch

Puyol’s comments in line with Perez: “Madrid never give up”

Copa: Pellegrini waits for Real in the quarters

Orenga already acting as head coach: “Mirotic is more Spanish than me” 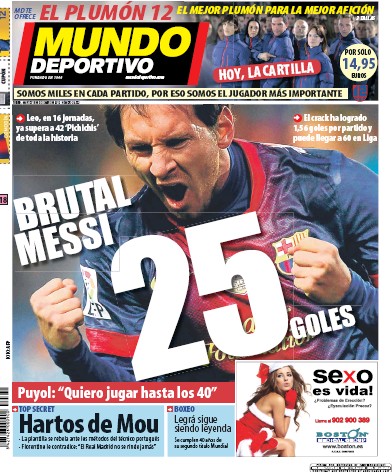 The ‘Crack’ has achieved a goal ratio of 1.56 per game and at this rate can reach 60 in La Liga

Leo, in 16 games, already has surpassed 42 ‘Pichichis’ in history

Fed up with Mou: The team rebel against the methods of the Portuguese coach

Florentino contradicts his coach, “Real Madrid never give up”

Boxing: Legra continues being a legend

It is forty years since his second world title