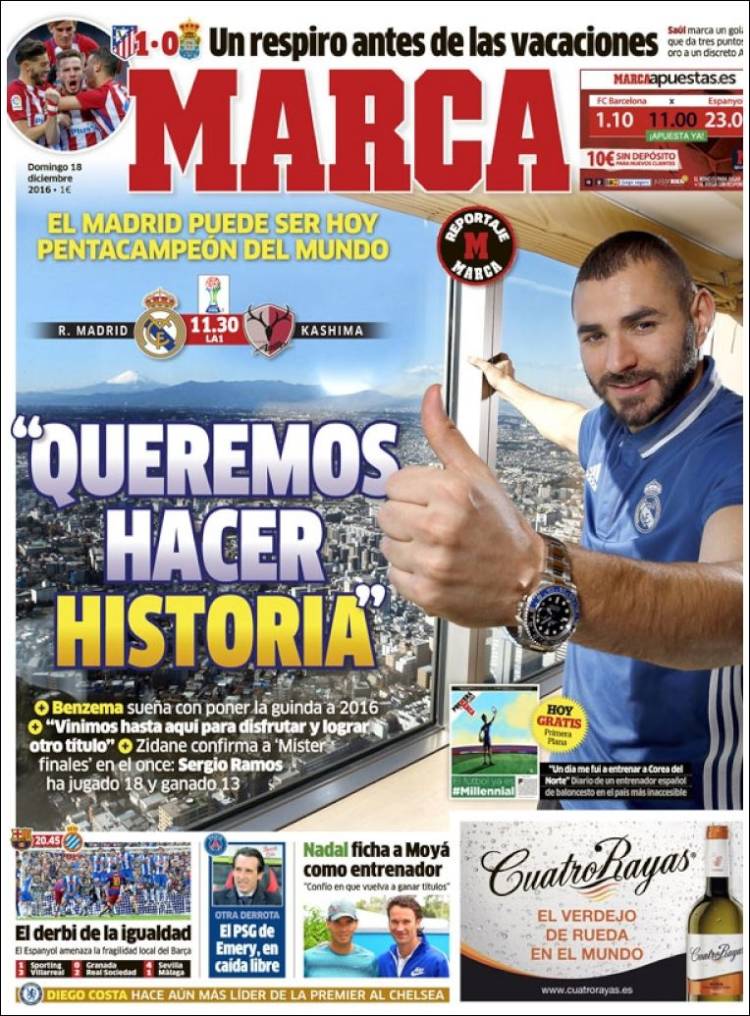 “We want to make history”

Madrid can become five-time champions of the world today

Benzema dreams of putting the cherry atop of 2016

“We came here to enjoy and win another trophy”

Zidane confirms ‘Mr Final’ in the XI: Sergio Ramos has played in 18 and won 13

A respite before the holidays 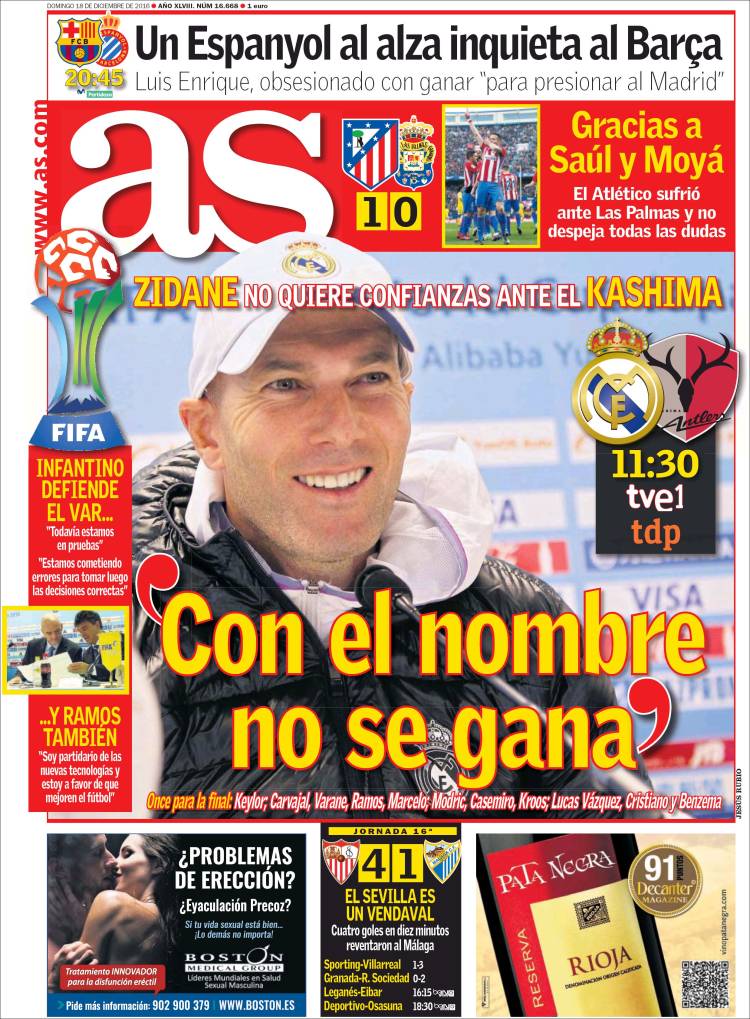 “You don’t win with your name”

Zidane does not want overconfidence against Kashima

“We’re making mistakes to then make the right decisions”

Luis Enrique, obsessed with winning “to put pressure on Madrid”

Thanks to Saul and Moya

Sevilla are a gale-force 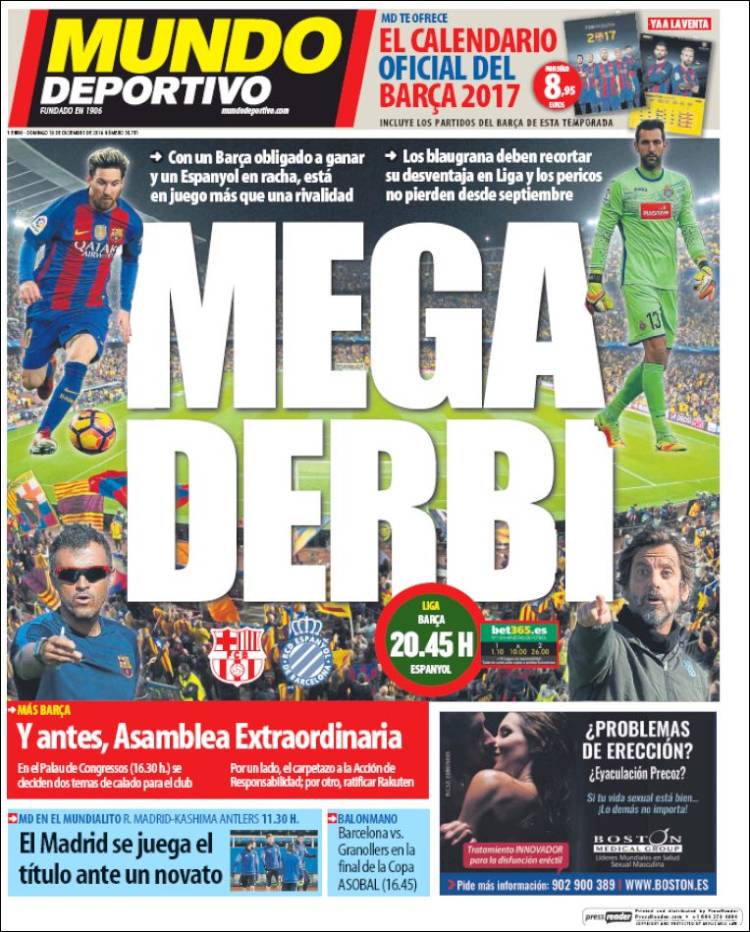 With Barca forced to win and Espanyol in form, more than a rivalry is at stake

And after that, an EGM

At the Palau de Congresos (15:30 GMT), two important issues will be decided by the club

On one hand, the Action of Responsibility; on the other, to ratify Rakuten

Madrid play for the Club World Cup against rookies