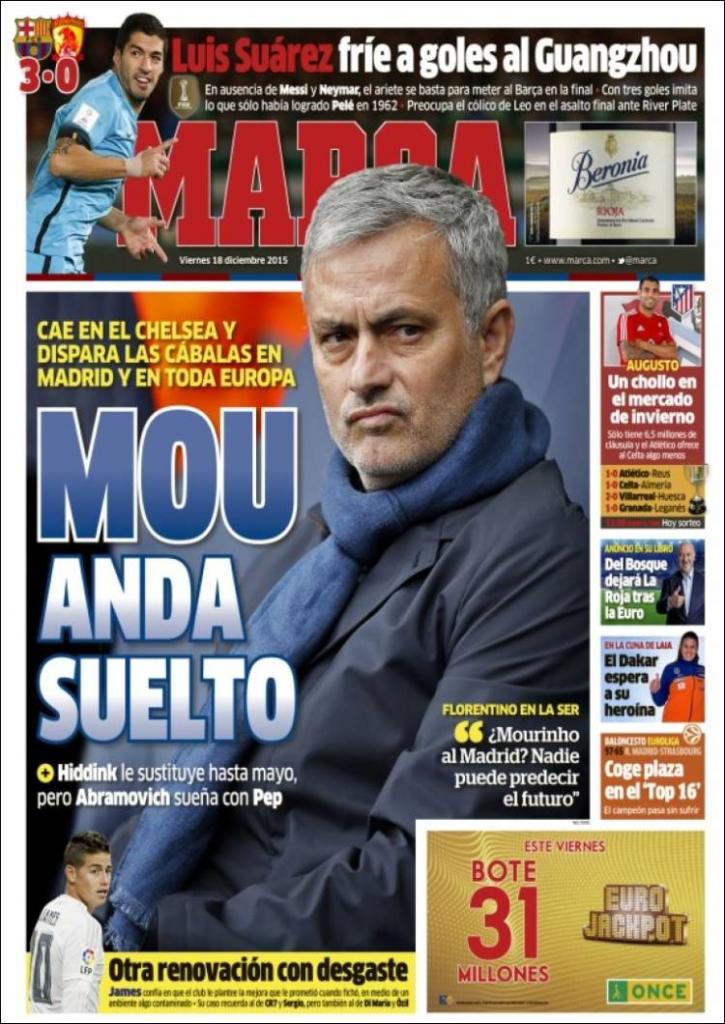 Mou is on the loose

His fall from Chelsea triggers shockwaves in Madrid and across Europe

Hiddink replaces him until May, but Abramovich dreams of Pep

Florentino to SER: “Mourinho to Madrid? Nobody can predict the future” 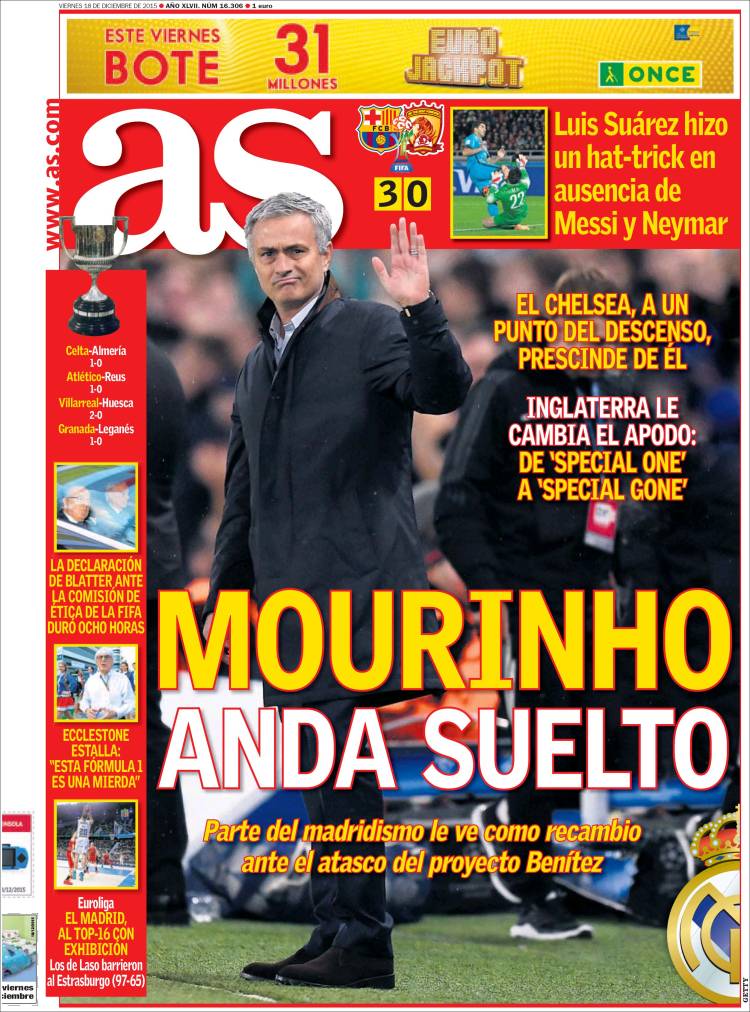 Mou is on the loose

Chelsea, one point from the relegation zone, dispose of him

Part of Real Madrid see him as a replacement for Benitez 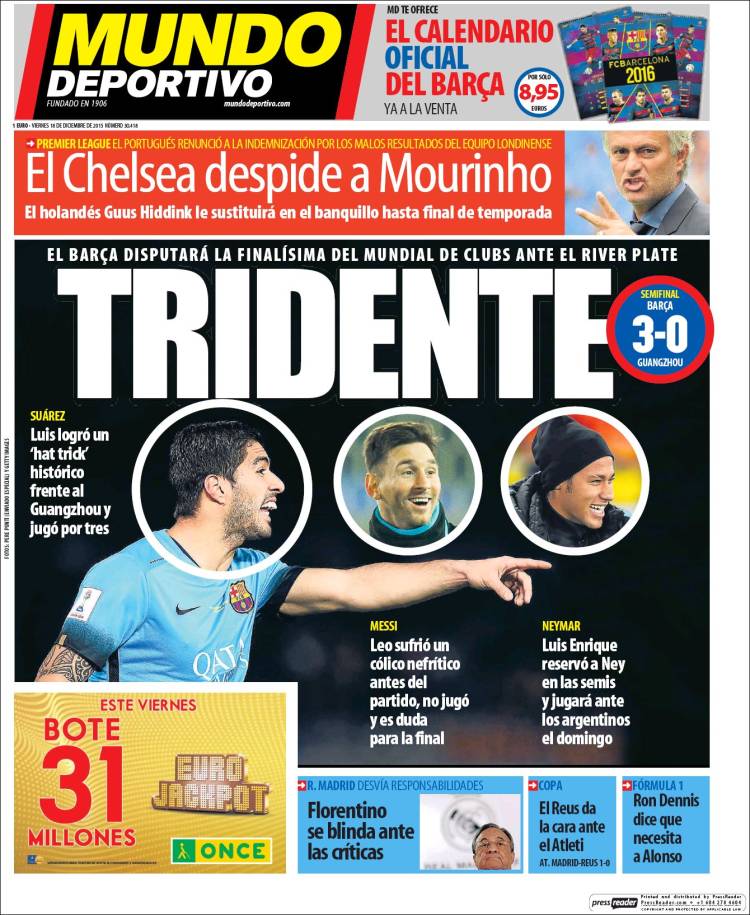 Messi suffered a renal colic before the game, did not play and is doubtful for the final

Luis Enrique kept Neymar under wraps for the semifinals, but he will face the Argentines on Sunday