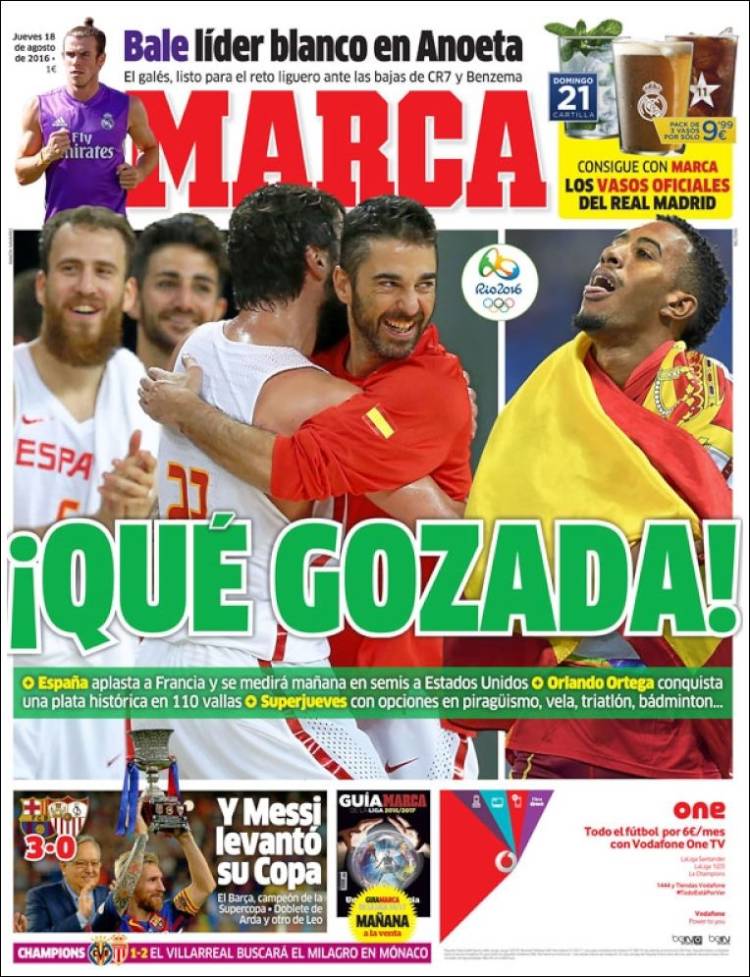 The Welshman, ready for the League challenge against the absence of CR7 and Benzema

Orlando Ortega conquers history with a silver in the 110m hurdles

Super Thursday with options in the canoeing, sailing, triathlon, badminton…

And Messi lifts the Cup

Double for Arda and another for Leo

Villarreal look for a miracle in Monaco 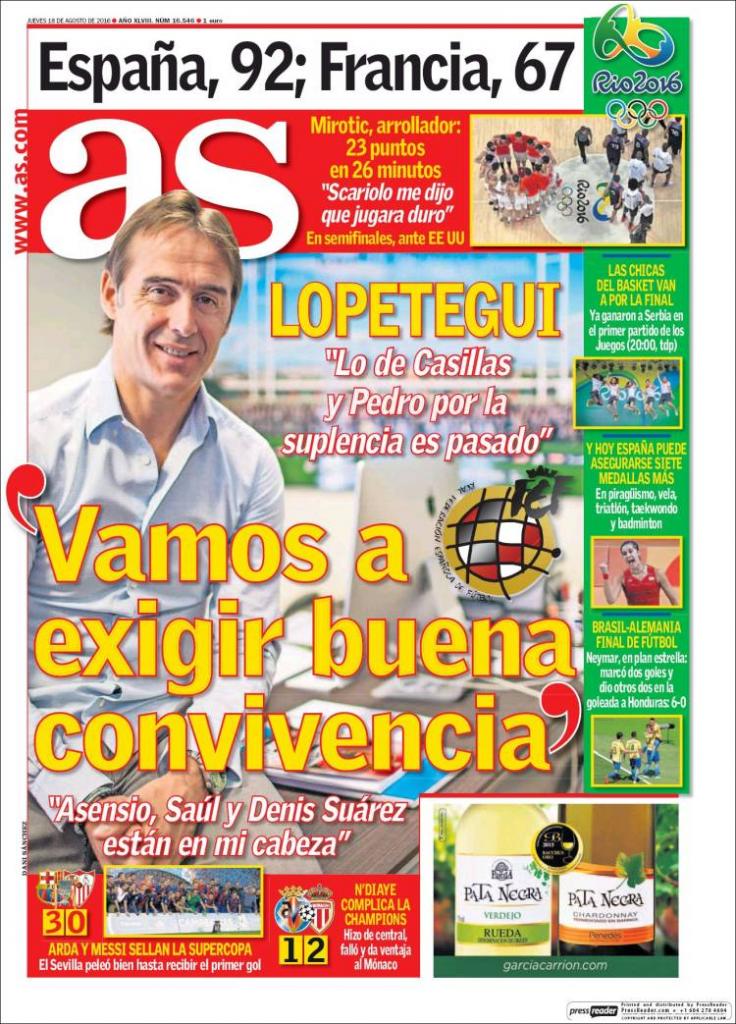 “The Casillas and Pedro substitution is in the past”

“We are going to demand good coexistence”

“Asensio, Saul and Denis Suarez are in my head”

Arda and Messi seal the Supercopa

Sevilla fought until they conceded the first goal

Asked to play centre-back, he failed and the advantage is Monaco’s 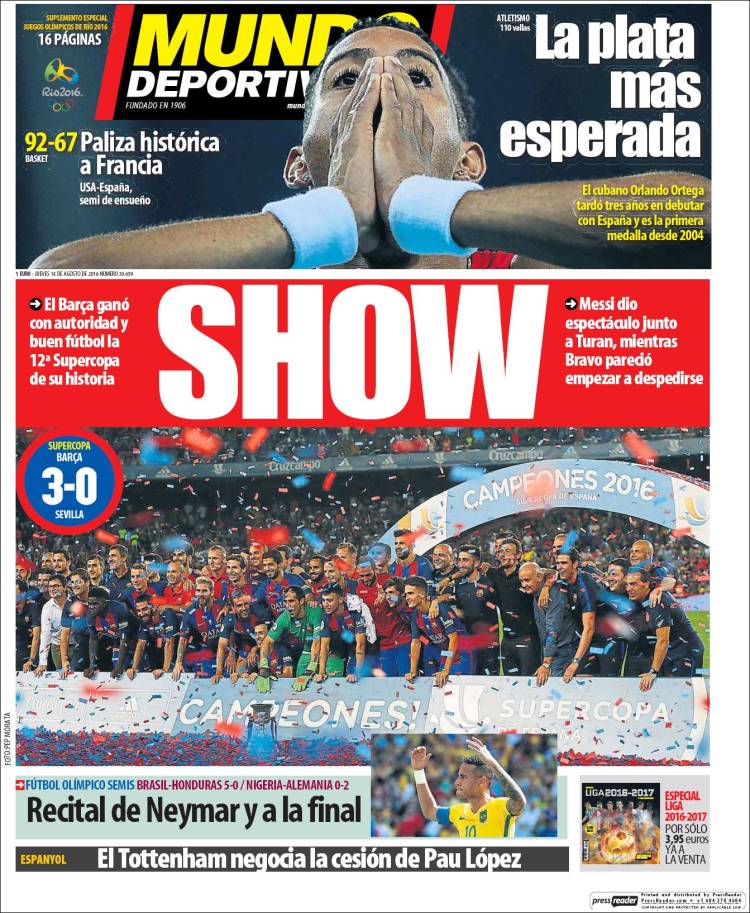 The most anticipated silver

Neymar recital and the final