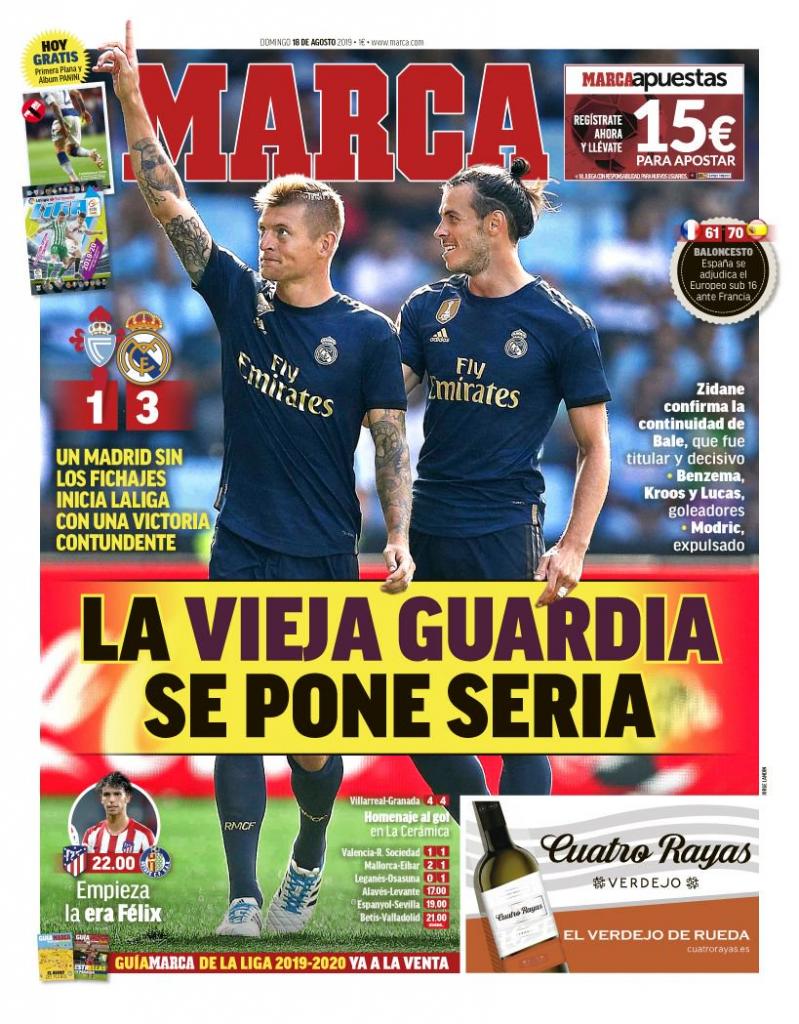 REAL MADRID: The Travelling Squad Gets Serious - Real Madrid win 3-1 away at Celta Vigo, with goals from Karim Benzema, Toni Kroos and Lucas Vazquez, with Luka Modric being sent off.

REAL MADRID: Zinedine Zidane has also confirmed that Gareth Bale will remain at the club. 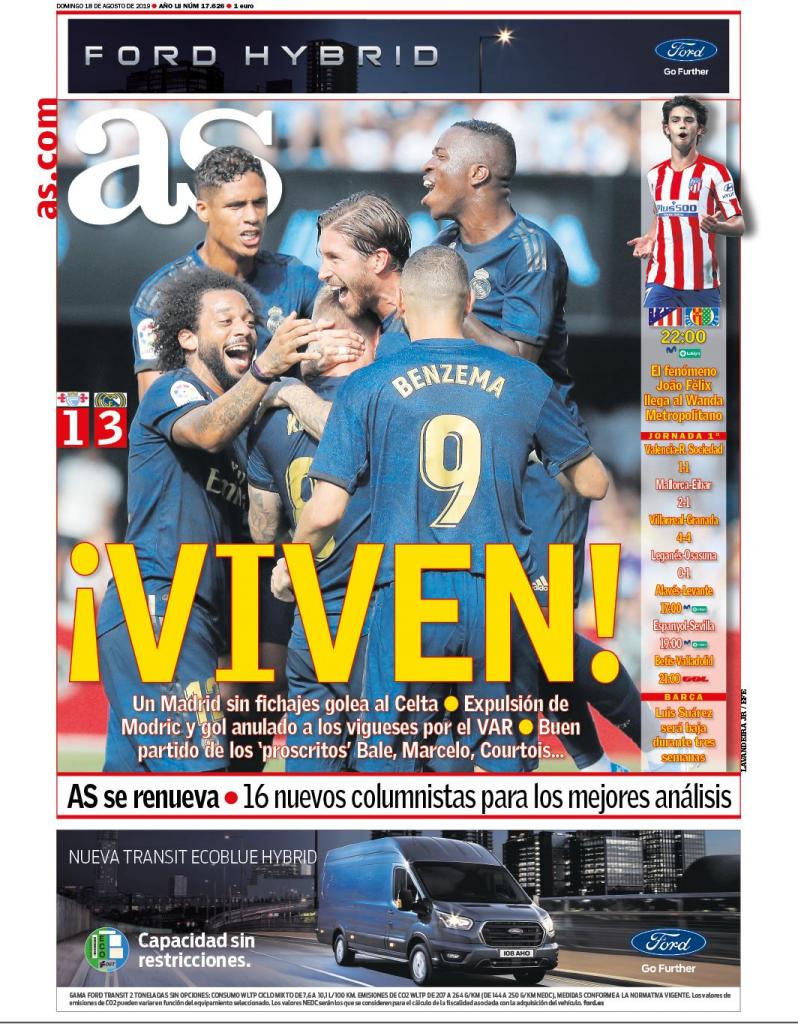 REAL MADRID: They Live On - Real Madrid kick off their 2019-20 La Liga campaign with a 3-1 win at Celta Vigo, with none of their summer signings on display. Goals from established stars Karim Benzema, Toni Kroos and Lucas Vazquez sealed the victory, with Luka Modric receiving a red card.

ATLETICO MADRID: The Phenomenon of Joao Feliz is set to continue, with the Portuguese star set for his Atletico Madrid debut against Getafe. 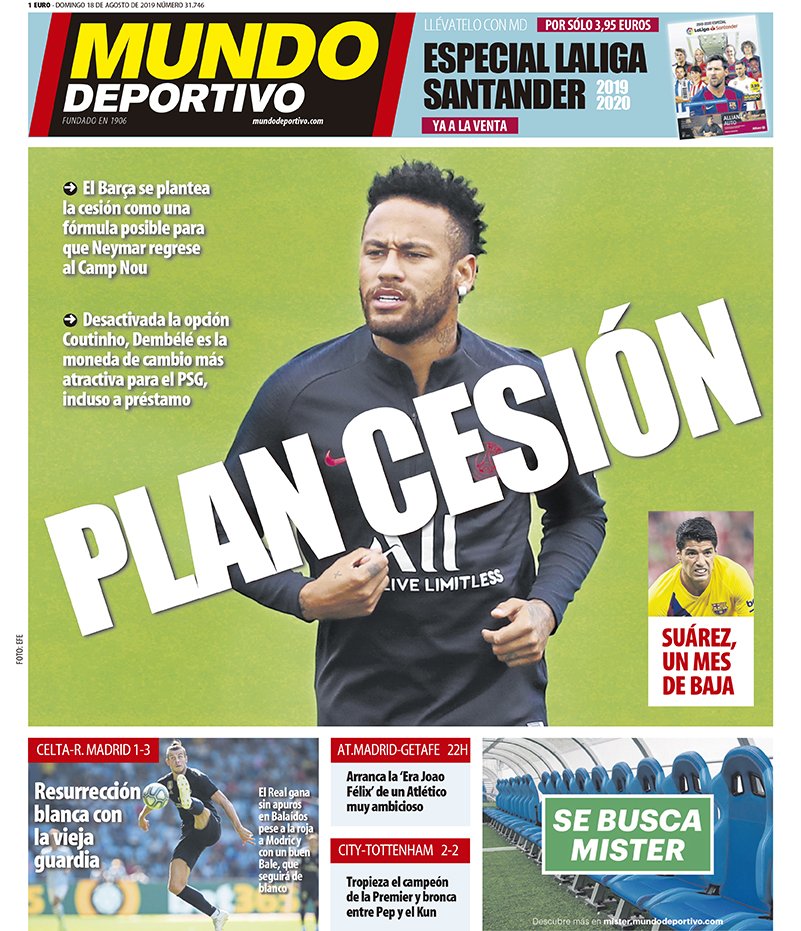 FC BARCELONA: The Assignment - Barca put plans together to bring Neymar back to the club, but it is no yet clear what they will do to ensure his return.

FC BARCELONA: Philippe Coutinho is no longer an option as part of a swap deal, however Ousmane Dembele could be another potential player offered to PSG, possibly on loan.

REAL MADRID: The Old Guard Is Back - Goals from Karim Benzema, Toni Kroos and Lucas Vazquez ensuring a 3-1 win at Celta Vigo, with the returning Gareth Bale enjoying a fine performance.