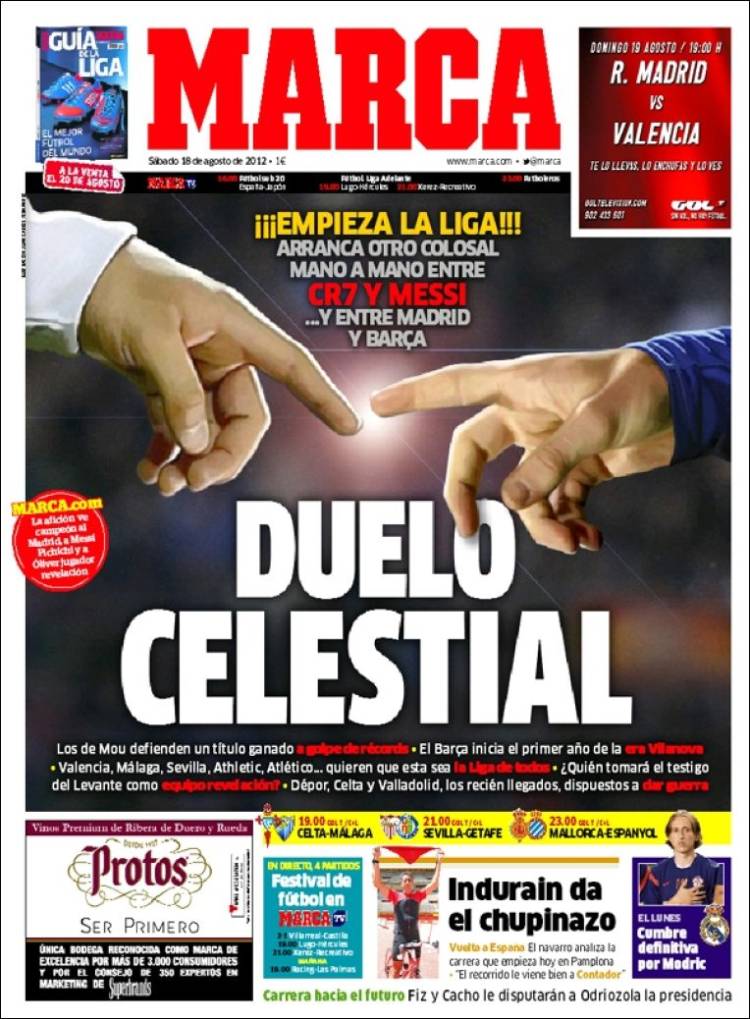 The start of another colossal hand-to-hand between CR7 and Messi....and between Madrid and Barca

The fans see Madrid as champions, Messi as Pichichi, and Oliver as the revelation player

Valencia, Malaga, Sevilla, Athletic, Atletico....they want to be near the top of the table

Modric: there will definitely be a summit meeting on Monday

Who will assume Levante's role as the revelation team?

Depor, Celta and Valladolid, the recently promoted teams, are ready for war 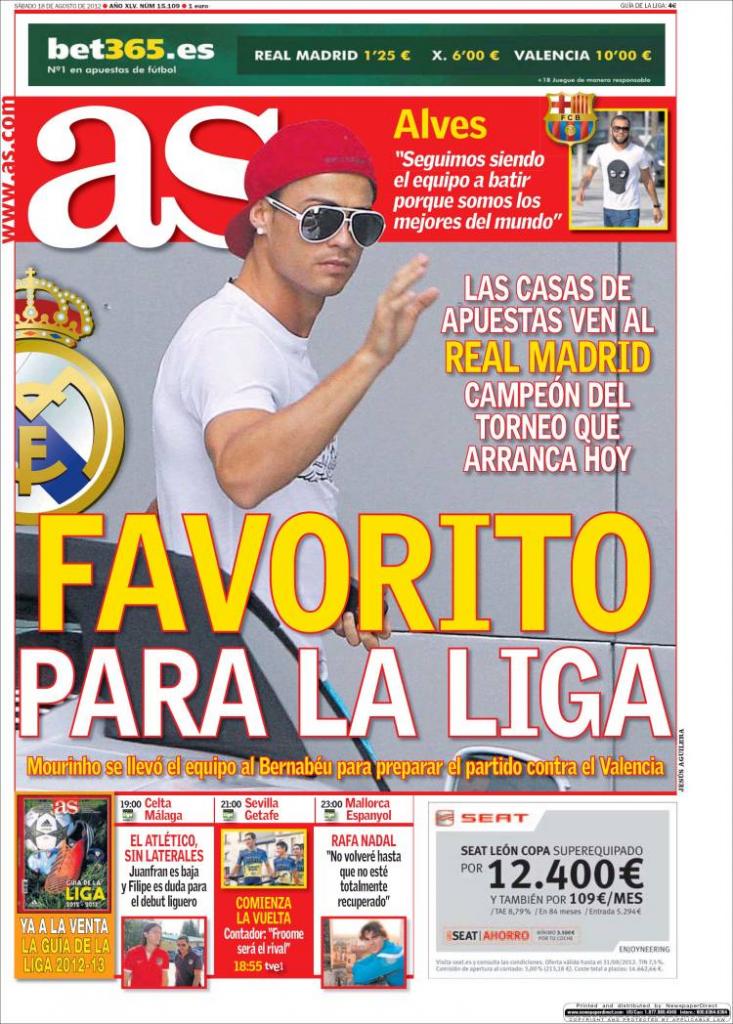 La Liga favourites: the bookmakers see Madrid as champions for the competition that begins today

Alves: "We will still be the team to beat because we are the best in the world"

Atletico without full-backs: Juanfran is out and Felipe a doubt for the League opener 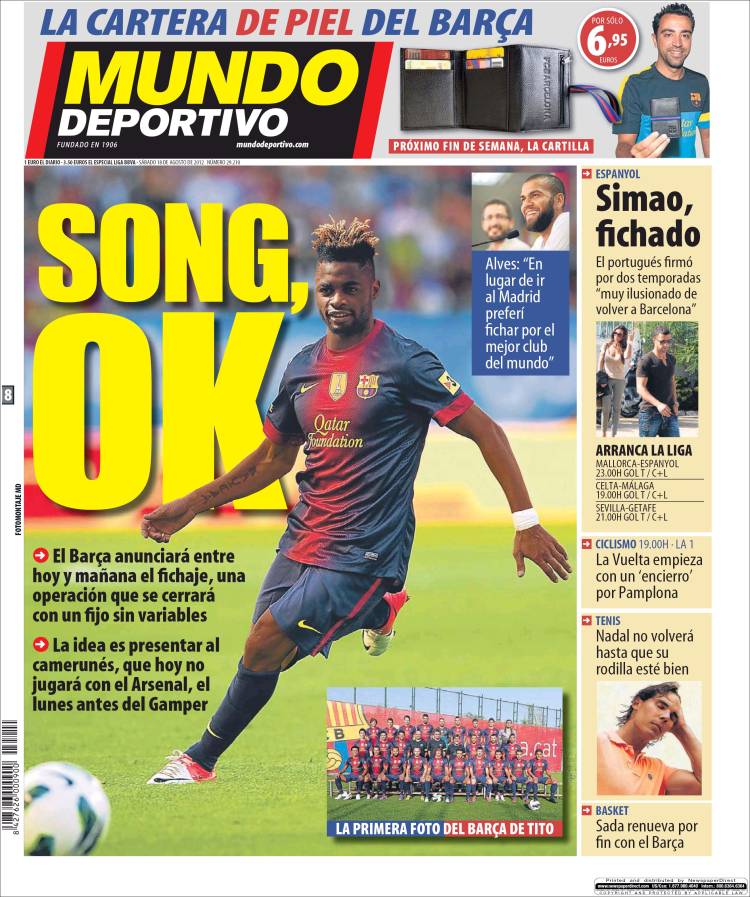 Barca will announce his signing either today or tomorrow, an operation that will be finalised with a fixed fee and without add-ons

The idea is to present the Cameroon player, who will not play for Arsenal today, before the Gamper Trophy game on Monday

Alves: "Rather than going to Madrid I preferred to sign for the best club in the world"