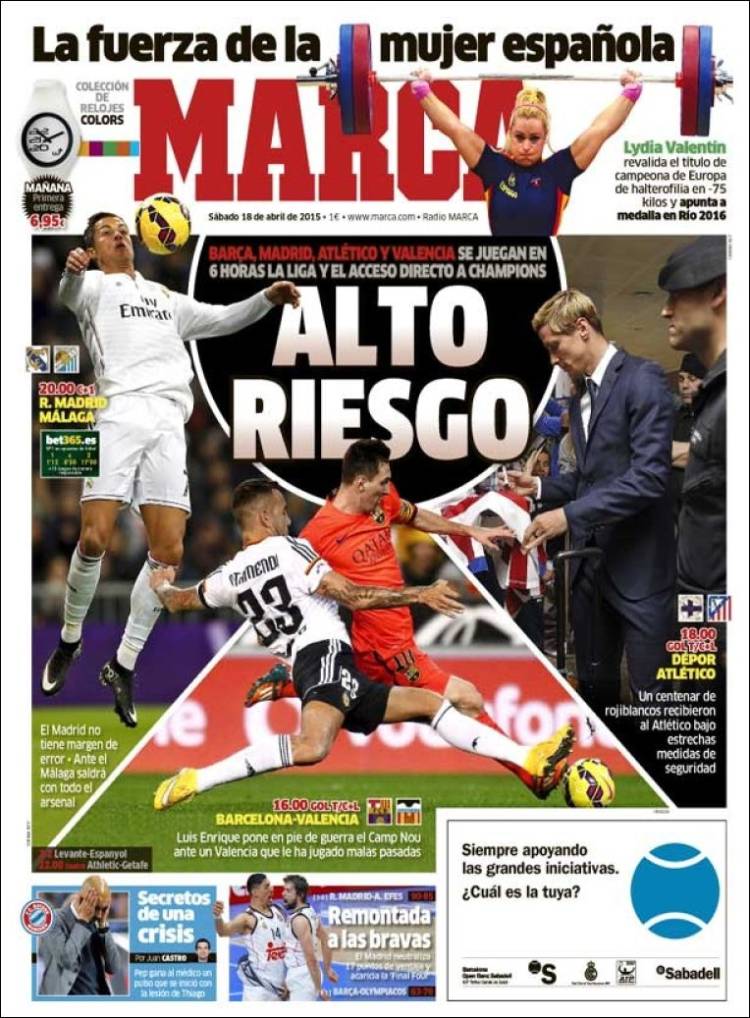 Barca, Madrid, Atletico and Valencia play for La Liga and direct access to the Champions League within six hours

Madrid have no margin for error. Against Malaga they will go out with all their arsenal

One hundred Rojiblancos will welcome Atletico under tight security measures

Secrets of a crisis 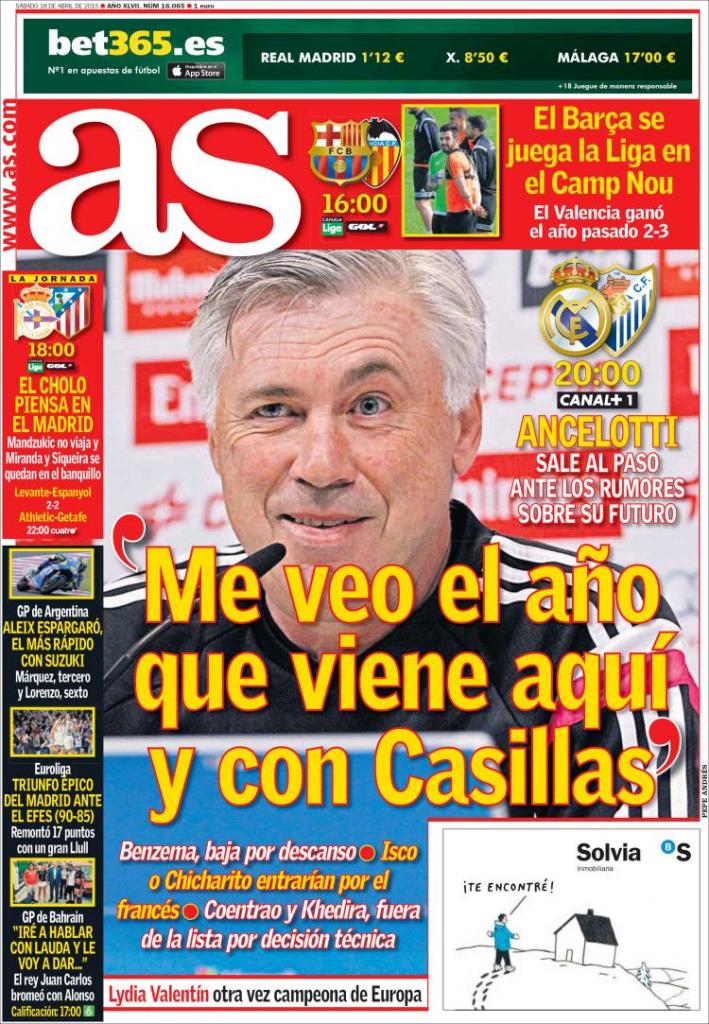 “I see myself here next year, with Casillas”

Ancelotti counters the rumours regarding his future

Isco or Chicharito will come in for the Frenchman

Coentrao and Khedira out

El Cholo thinking of Madrid. Mandzukic doesn’t travel while Miranda and Siqueira are left on the bench 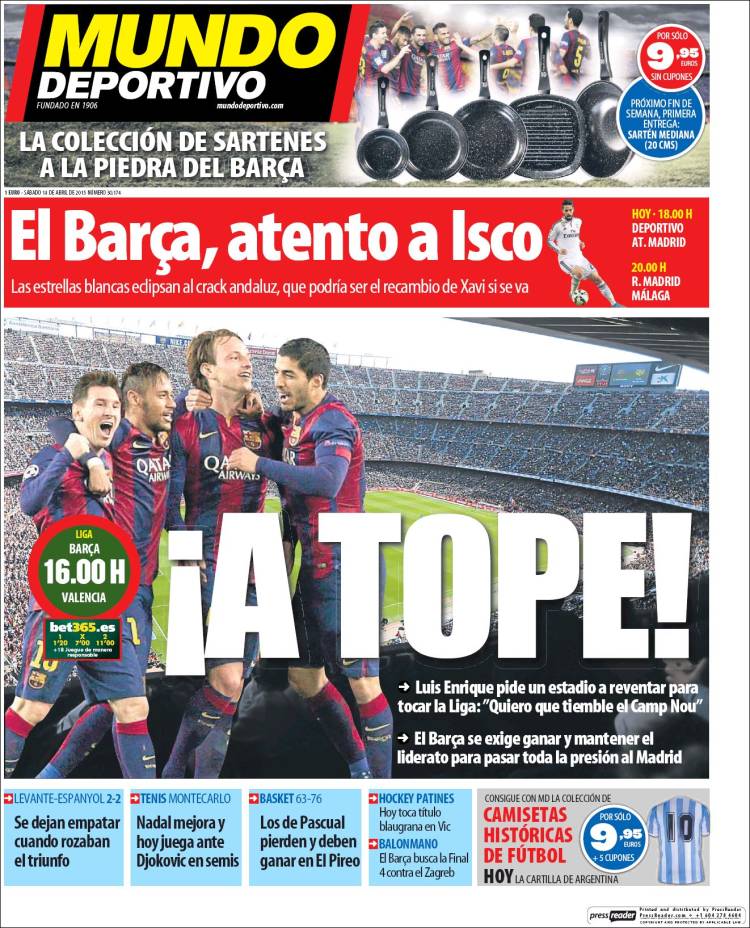 Barca, on Isco alert. Los Blancos’ stars eclipse the Andalusian, who could replace Xavi if he goes

Levante 2 Espanyol 2: Left with a draw after being close to victory