Today's front-page headlines from Marca, AS and SPORT… 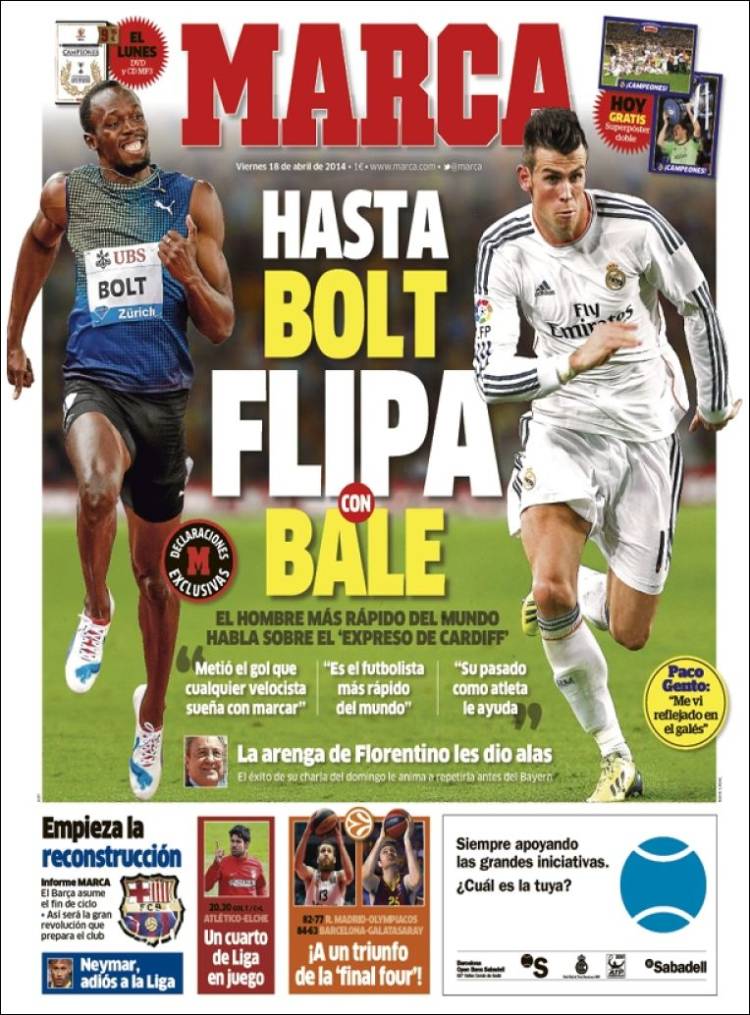 Even Bolt is amazed with Bale

The fastest man in the world talks about the 'Cardiff Express'

"He scored the goal at great velocity"

"He is the fastest footballer in the world"

"His past as an Athlete helps him"

Paco Gento: "I see myself in the Welshman"

Barca admit to the end of a cycle

For this reason the club prepare for a great revolution

Atletico-Elche: A fourth of the league to play for

Triumph in the final four 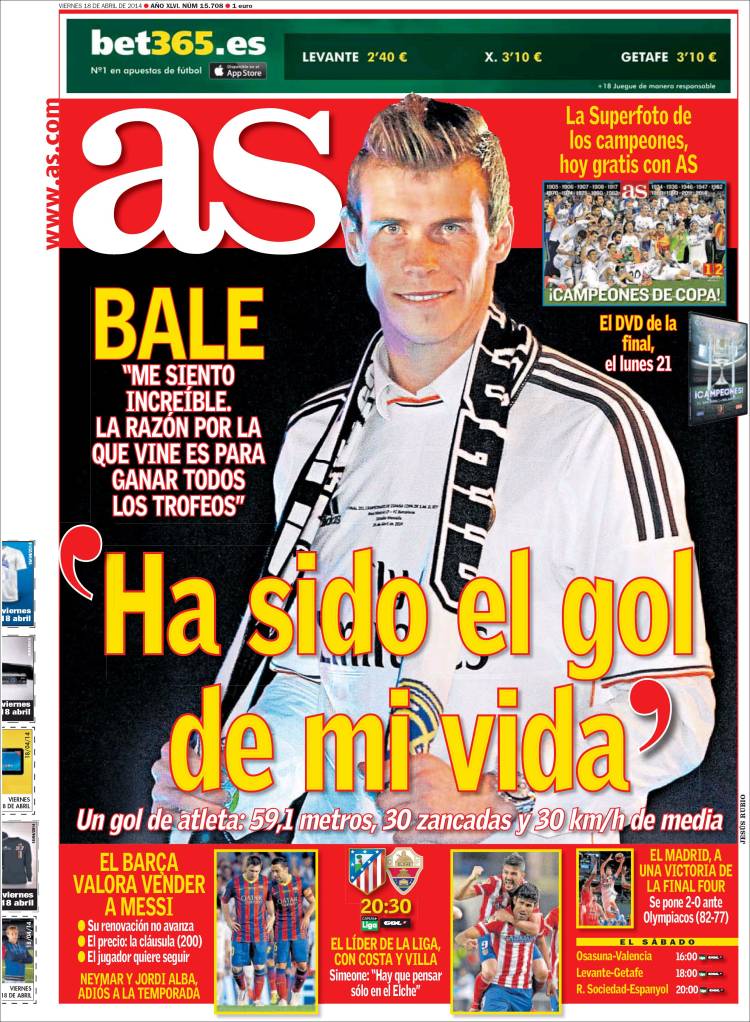 Bale: "It feels incredible. The reason I came here was to win trophies"

"It was the goal of my life"

Renewal talks are not advancing

He wants to stay

Neymar and Jordi Alba out for the season

Atletico-Elche: The leaders have Diego Costa and Villa in attach

Simeone: "We have to think only of Elche"

Madrid win in the final four 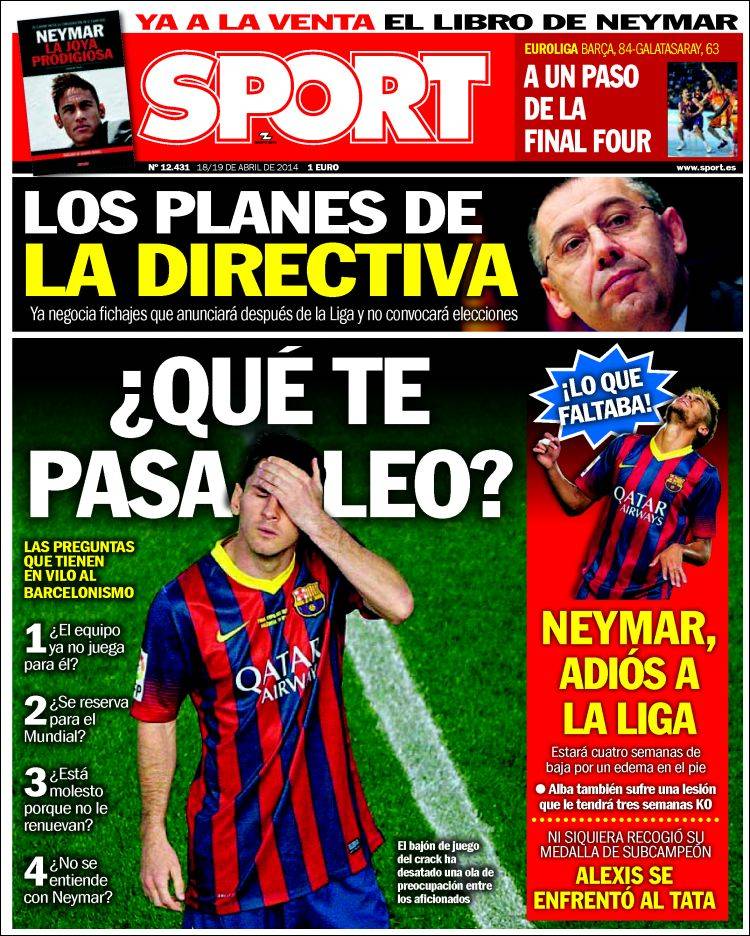 What is the matter Leo?

There are questions hanging over Barcelona

1. The team does not play for Leo?

2. Is he saving himself for the World Cup?

3. Is he annoyed due to his contract talks?

4. Can he not play with Neymar?

He did not even pick up his medal on Wednesday

Alexis takes a stand against Tata