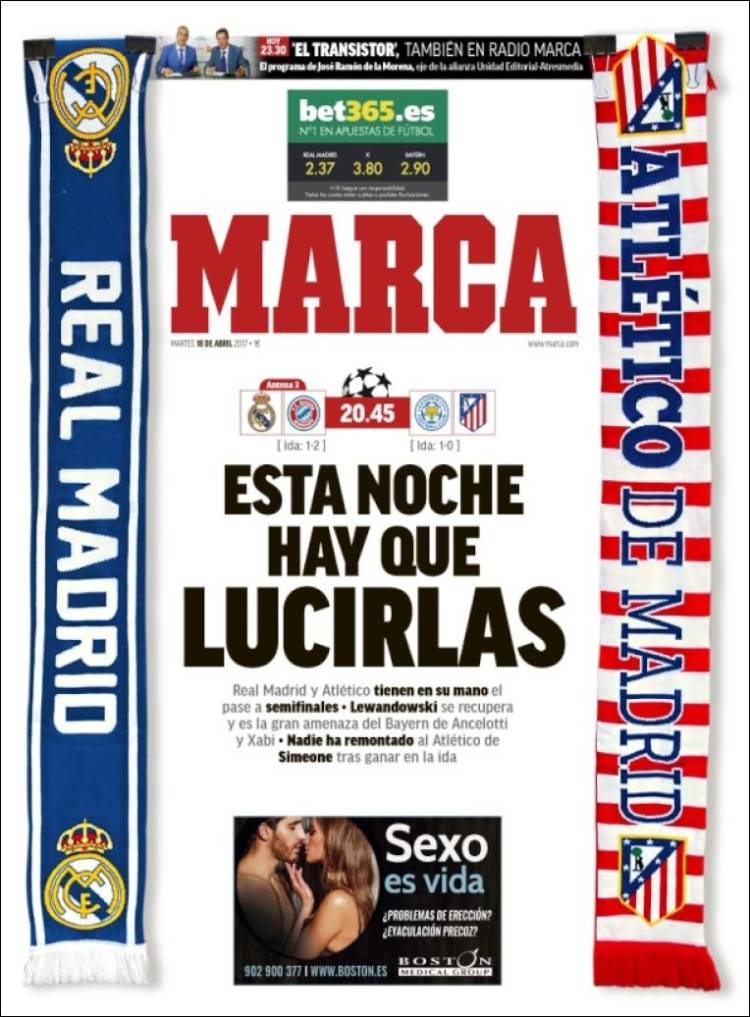 Tonight, you have to wear them

Real Madrid and Atletico have their hands on their passes to the semi finals, Lewandowski has recovered and will lead the line for a strong Bayern who will include Xabi Alonso, nobody has come back against Atletico's Simeone to win the second leg 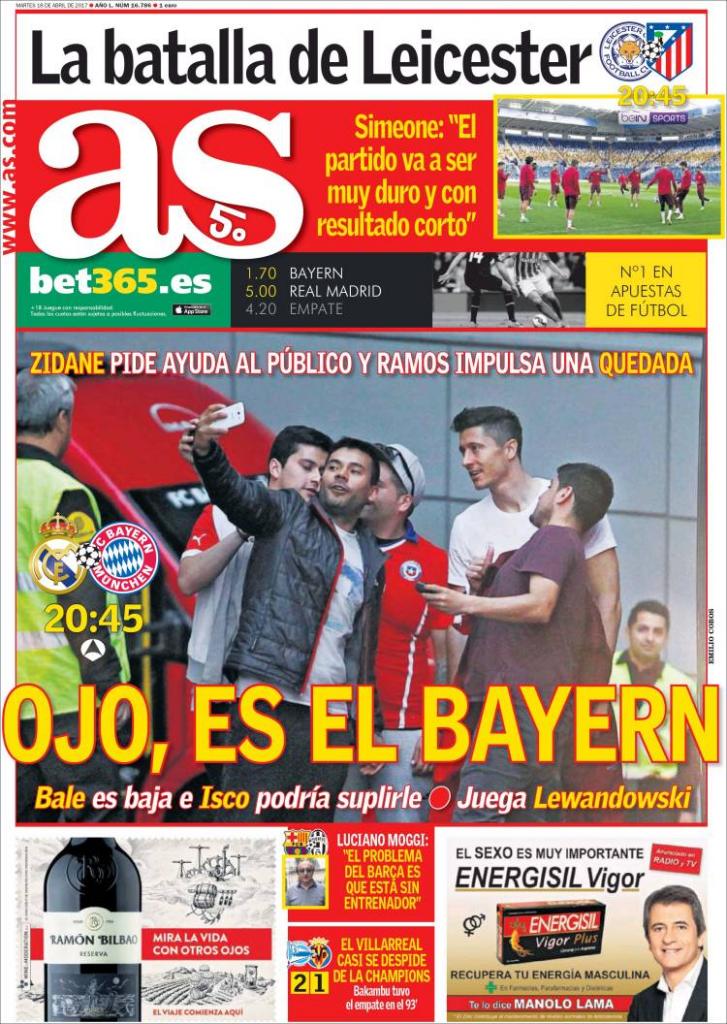 Bale dropped due to injury and Isco set to replace him, Lewandowski will play

The Battle of Leicester - Simeone: The game is going to be very hard with a low-scoring outcome

Luciano Motta: The problem with this Barca is that it's without a manager 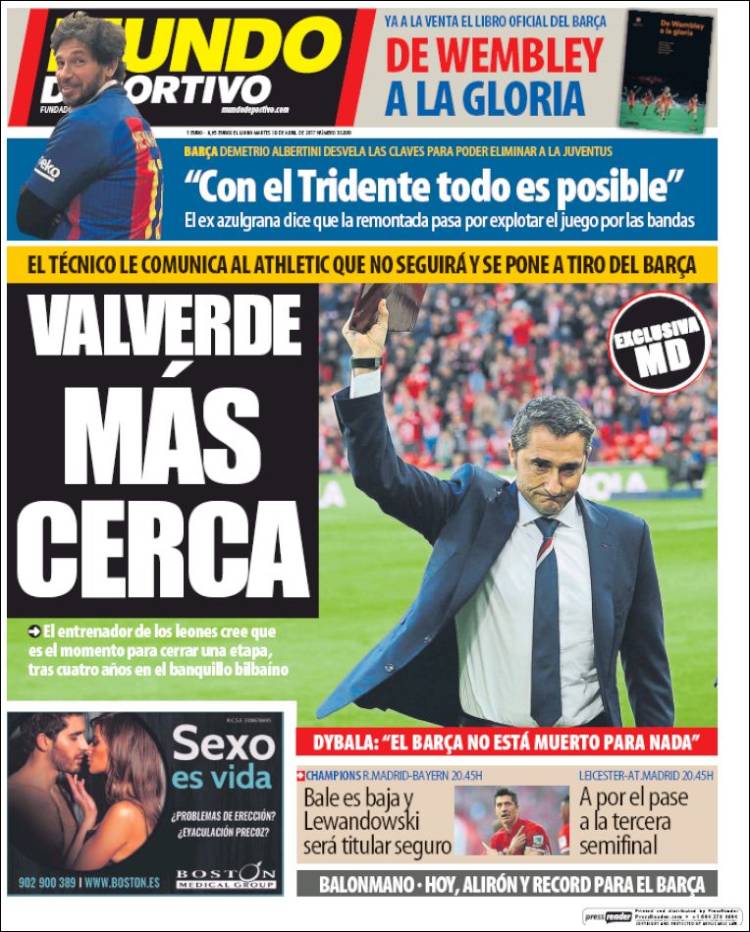 The Coach of The Lions believes this is his moment to lead Barcelona, after four years in Bilbao

He has already indicated his position to Athletic Club

Dybala: This Barcelona never know when they're beaten

"With the trident everything is possible" - Demetrio Albertini speaks

Bale injured for Real Madrid, Lewandowski to lead the line for Bayern