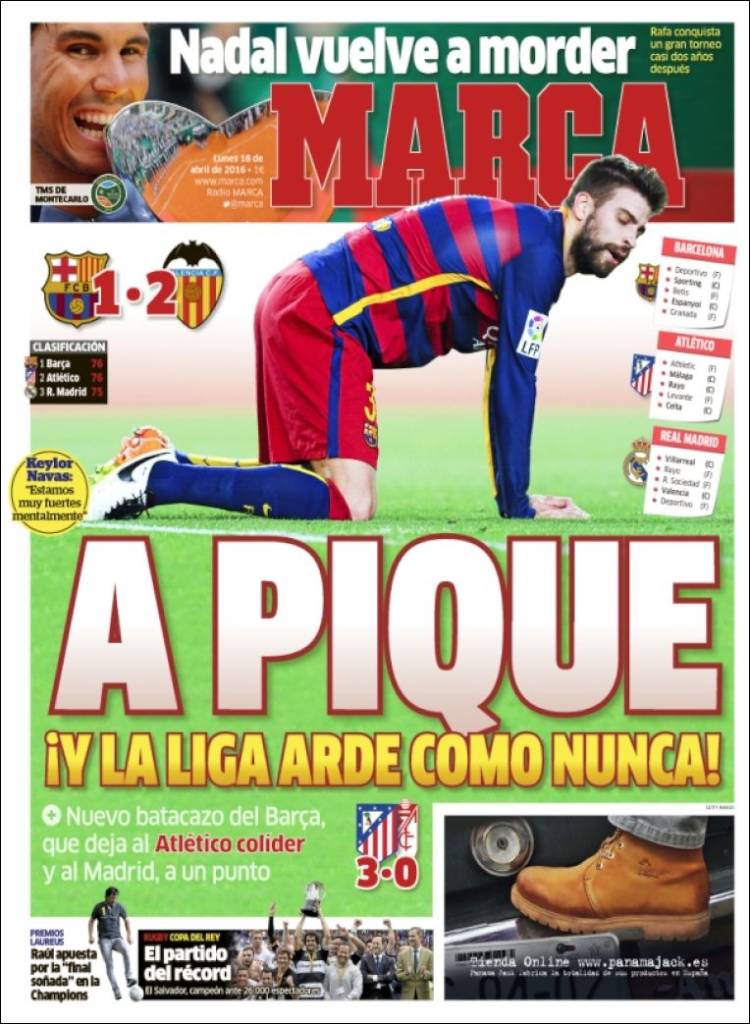 Raul bets on his “dream final” in the Champions League 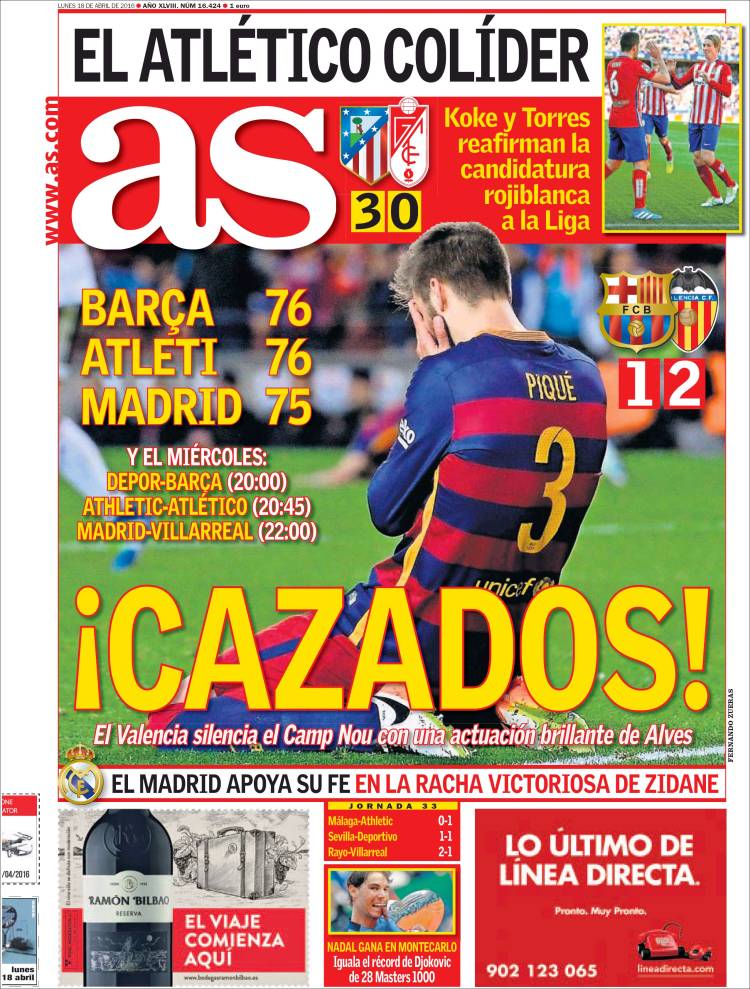 Valencia mutes Camp Nou with a brilliant performance from Alves

Madrid base their faith on Zidane’s winning run 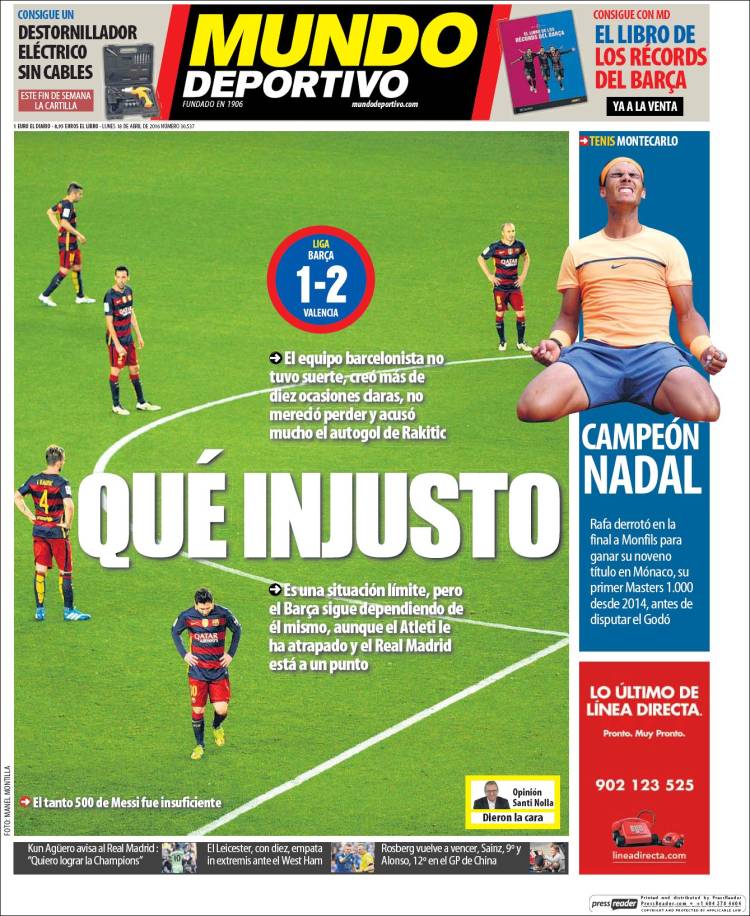 Barcelona were unlucky, created more than 10 clear chances and did not deserve to lose as a lot of the blame lay with Rakitic’s own goal

It is a limited situation, but Barca still rely on themselves, although Atleti have caught up with them and Real Madrid are a point behind

Messi’s 500th goal was not enough

Leicester, with 10 men, draw at the death with West Ham