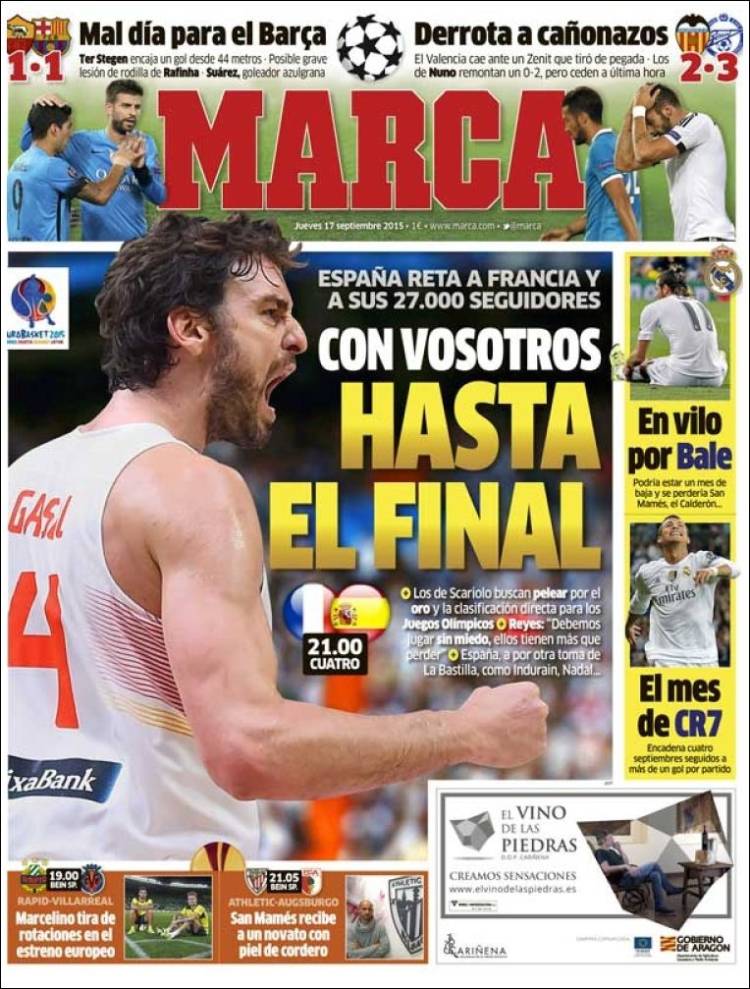 With you until the end

Spain challenges France and its 27,000 supporters

Nuno’s team recover 0-2 but give it up late

In suspense for Bale

Could be out for a month and would miss San Mames, the Calderon…

The month of CR7

The fourth September with more than a goal per game 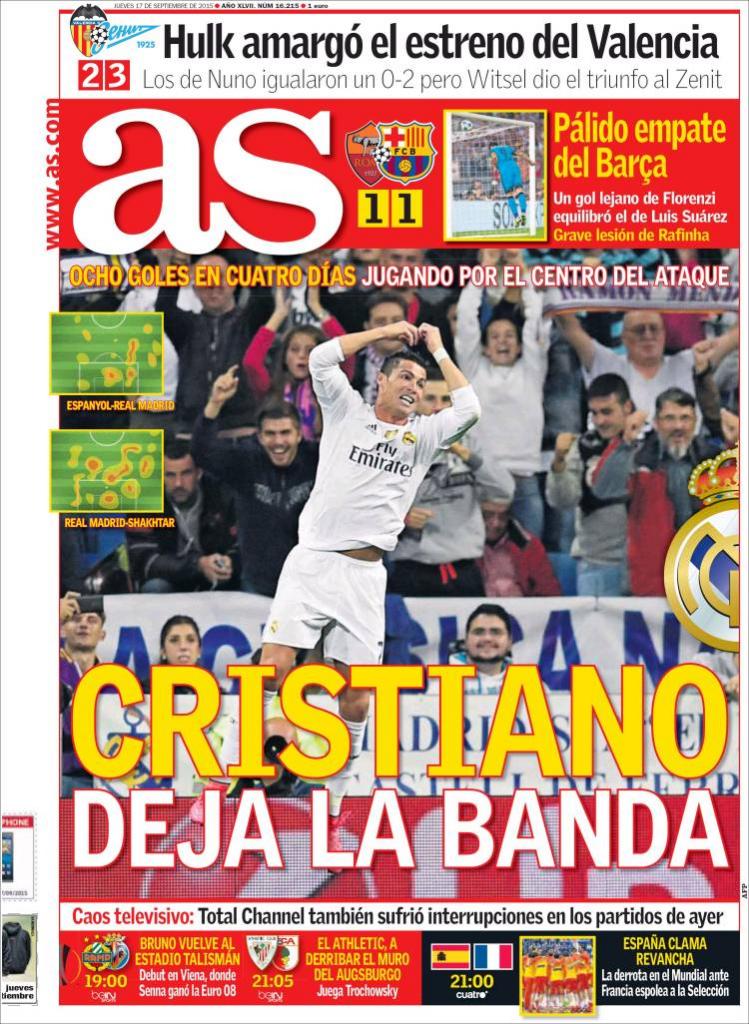 Hulk ruins the start for Valencia

Bruno returns to a talismanic stadium

Athletic to break down the Augsburg wall 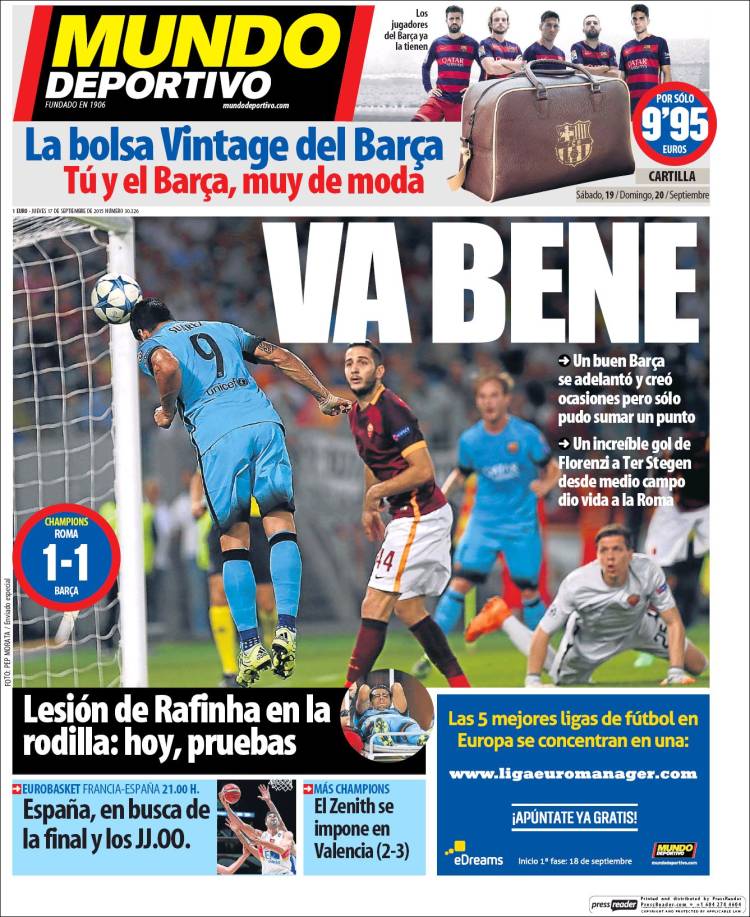