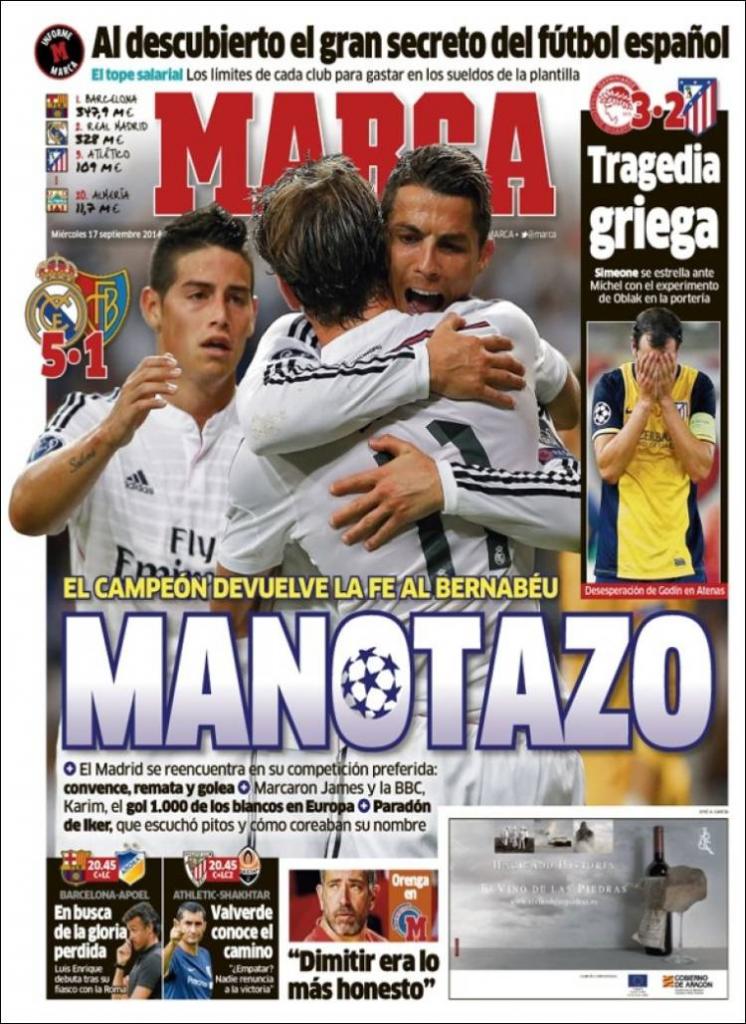 Five-goal slap in the mouth

The Champions return the faith to the Bernabeu

Madrid find themselves once more, in their preferred competition: they convince, finish and score goals

James scored and then Karim, the BBC, got the 1000th Los Blancos goal in Europe

Fantastic stop from Iker, who had to listen to whistles and his name being sung

Simeone thwarted by Michel with the experiment of Oblak in goal

The great secret of Spanish football out in the open

The salary cap: the limit each club can spend on players’ wages

In search of lost glory

Luis Enrique makes his debut after the Roma fiasco

A draw? Nobody hands you victory 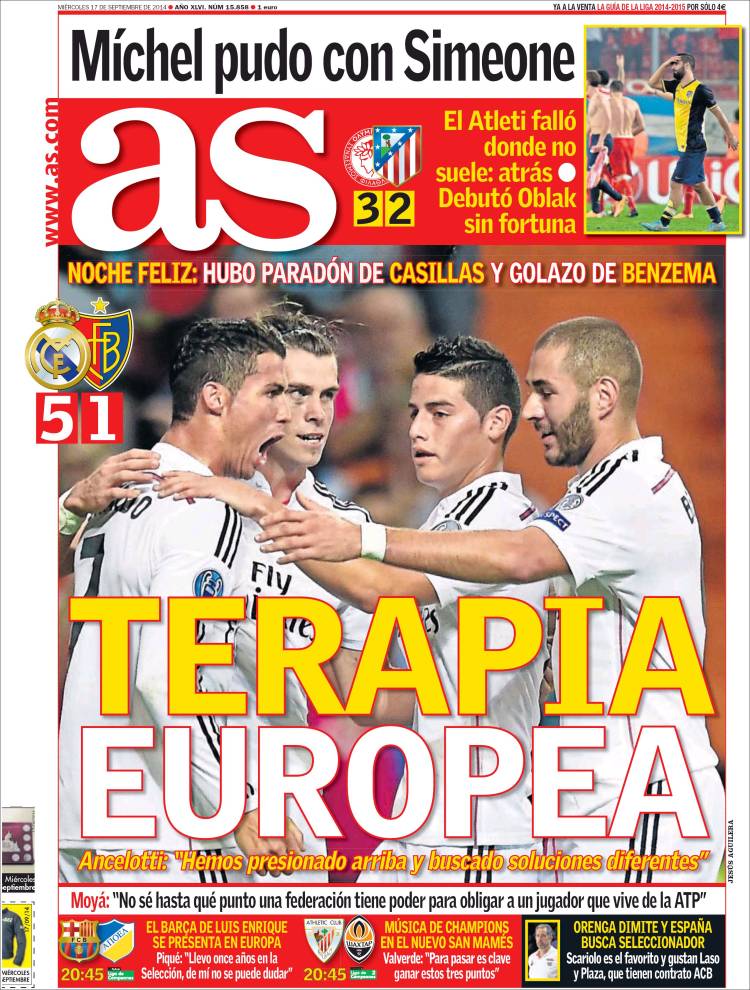 A happy night: there was a fantastic stop from Casillas and a great Benzema goal

Ancelotti: “We pressed up front and looked for different solutions”

Michel got the better of Simeone

Atleti failed where they don’t usually - at the back

Oblak made his debut without any luck

Pique: “I’ve had 11 years with the national team and nobody can doubt me”

Valverde: “To qualify it’s vital to get these three points” 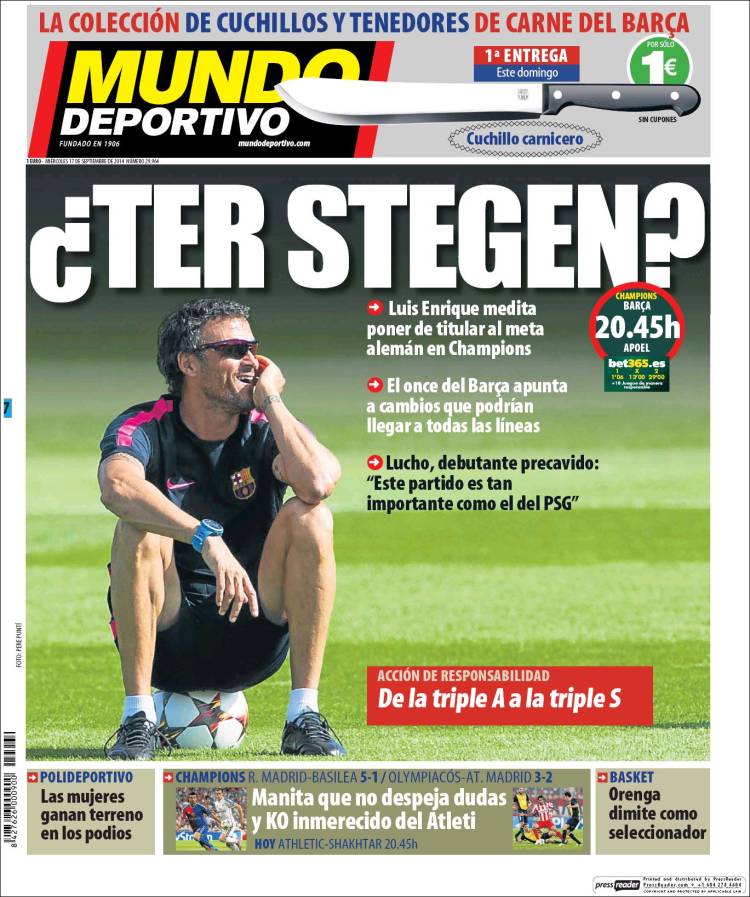 “This match is as important as the PSG one”

Accion de Responsabilidad, from triple A to triple S