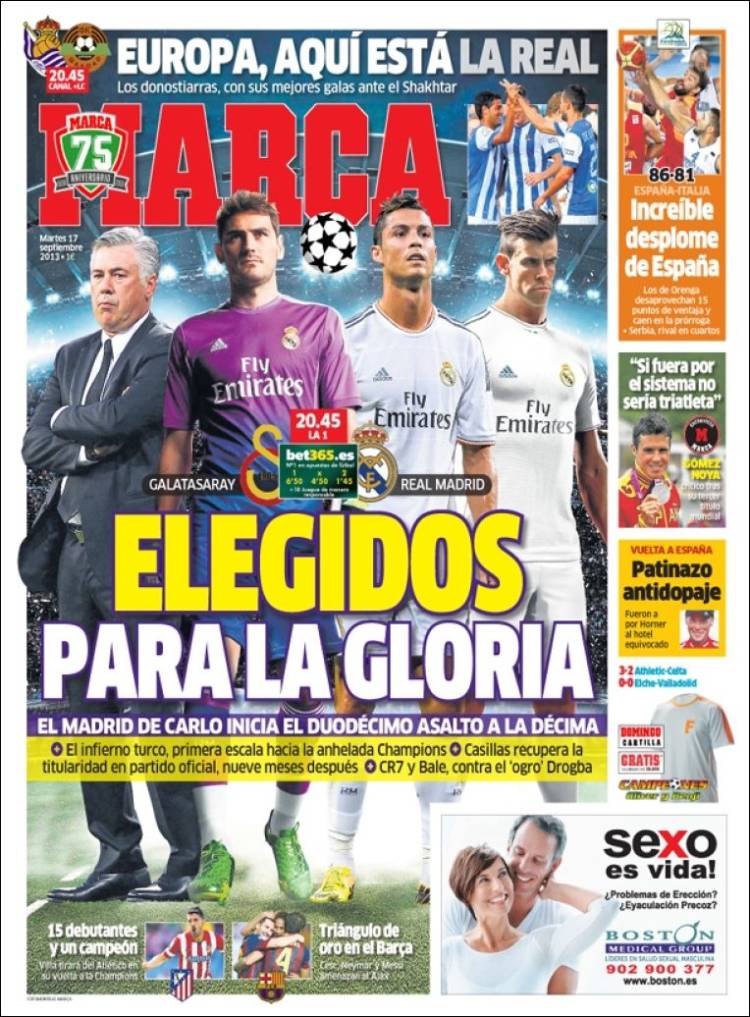 The chosen ones for glory

The Turkish hell, the first stage towards the long journey to champions

CR7 and Bale, against the 'ogre' Drogba

15 debutants in the Champions and one champion

Cesc, Neymar and Messi are ready

The San Sebastian natives out to show their best against Shakhtar

They went for Horner in the wrong hotel 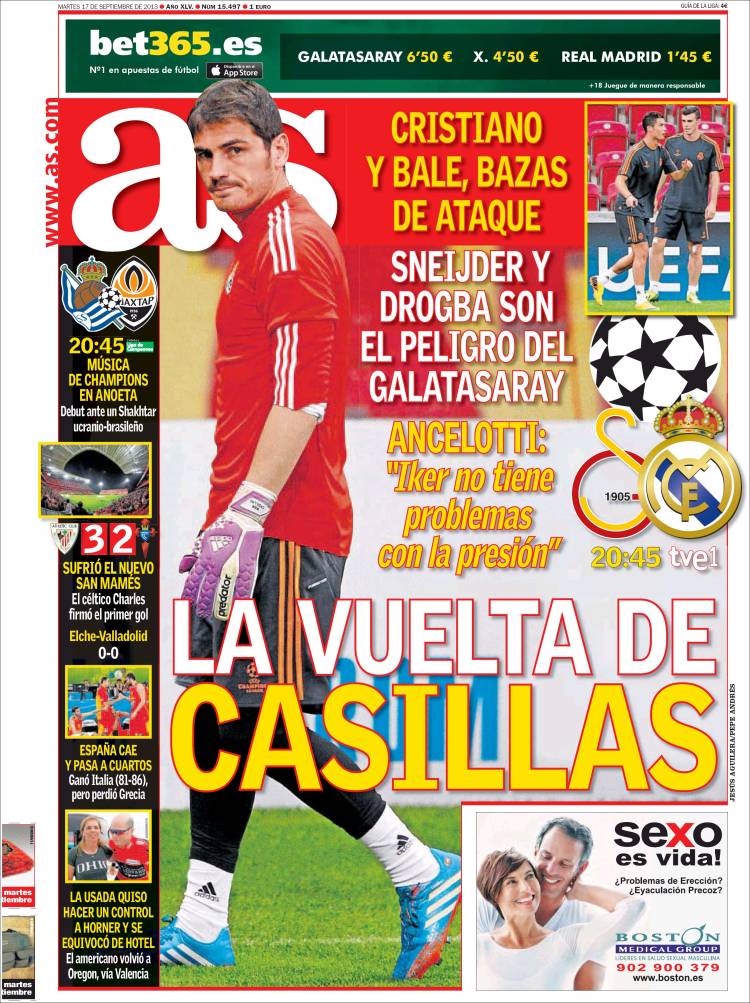 The return of Casillas

Cristiano and Bale, the two weapons of attack

Sneijder and Drogba are the dangers

Ancelotti: "Iker does not have problems with pressure"

Champions League returns to the Anoeta

The Celtic, Charles, scores the first ever goal

Spain fall but progress to the quarters 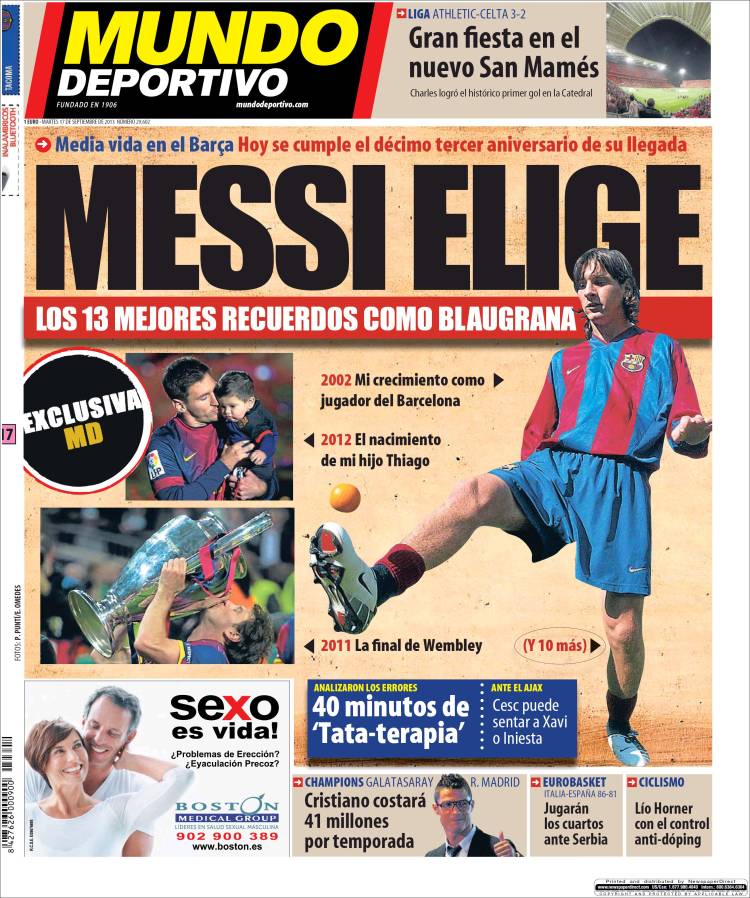 Today is the tenth anniversary of Messi's arrival in Barcelona

The 13 best memories as a Blaugrana

2002, he starts his journey as a Barca player

Ajax the opponents: Cesc could play alongside Xavi and Iniesta

Basketball: Spain will play in the quarters against Serbia

Cycling: A mess with Horner