Today’s front-page headines from Marca, AS and Mundo Deportivo… 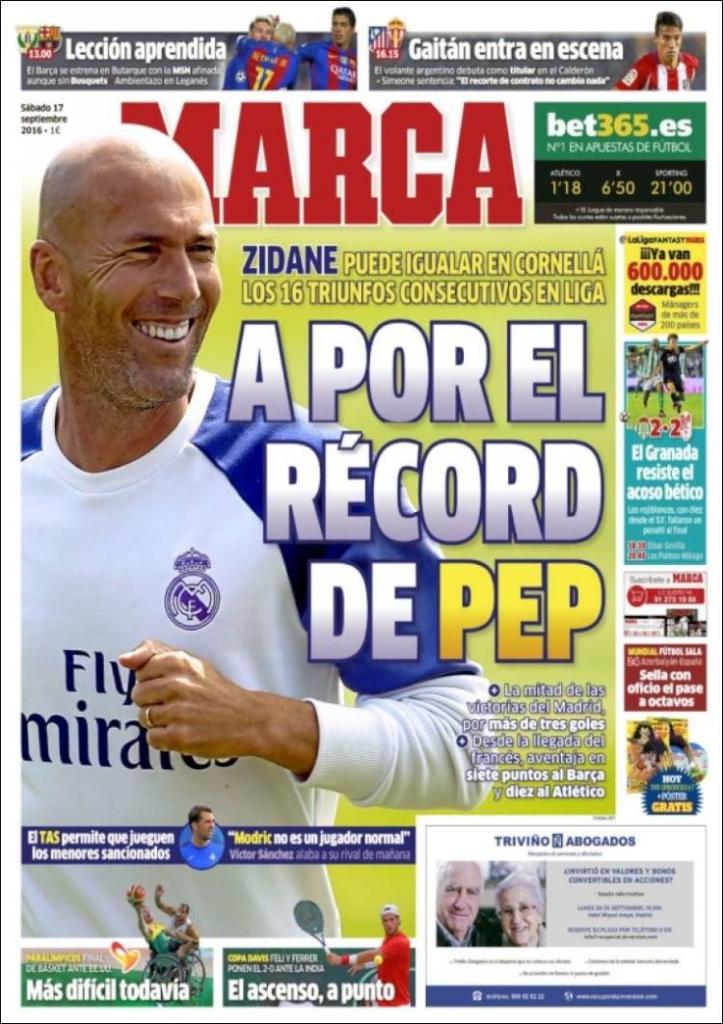 Zidane can match in Cornella the 16 consecutive League wins

Since the Frenchman’s appointment, an advantage of seven points on Barca and 10 on Atletico

Barca get things going at Butarque with MSN in tune, but not Busquets

Los Rojiblancos, with 10 men from 53’, missed a penalty at the end 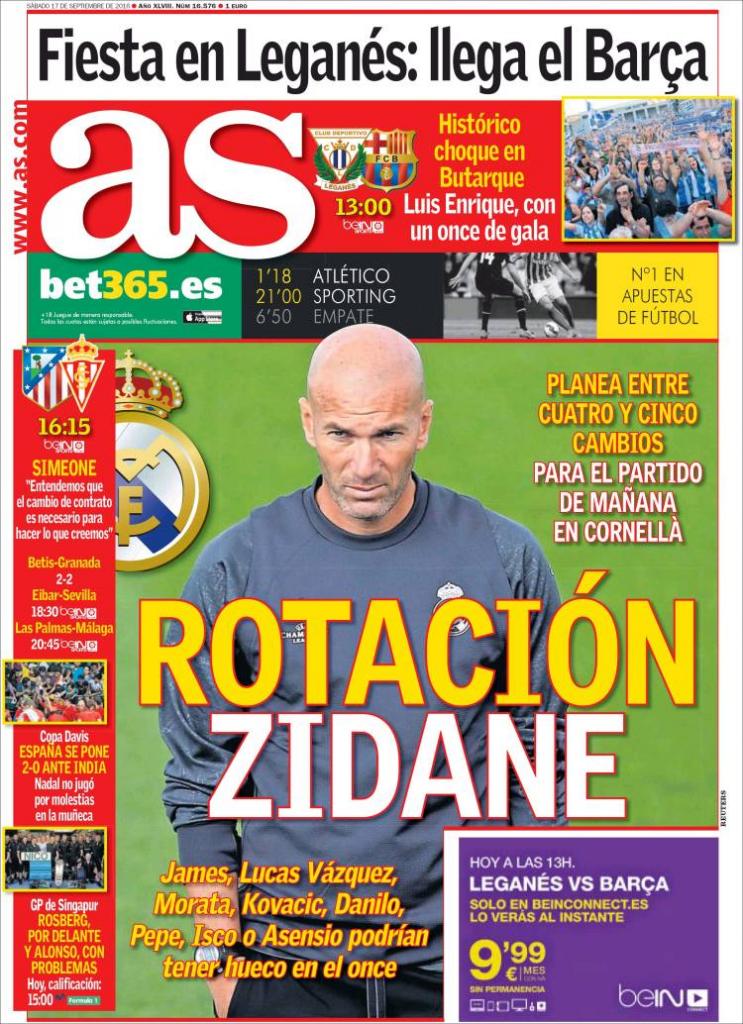 James, Lucas Vazquez, Morata, Kovacic, Danilo, Pepe, Isco or Asensio could have a place in the team

Luis Enrique, with a strong XI

Simeone: “We understand that the change of contract is necessary for doing what we believe in” 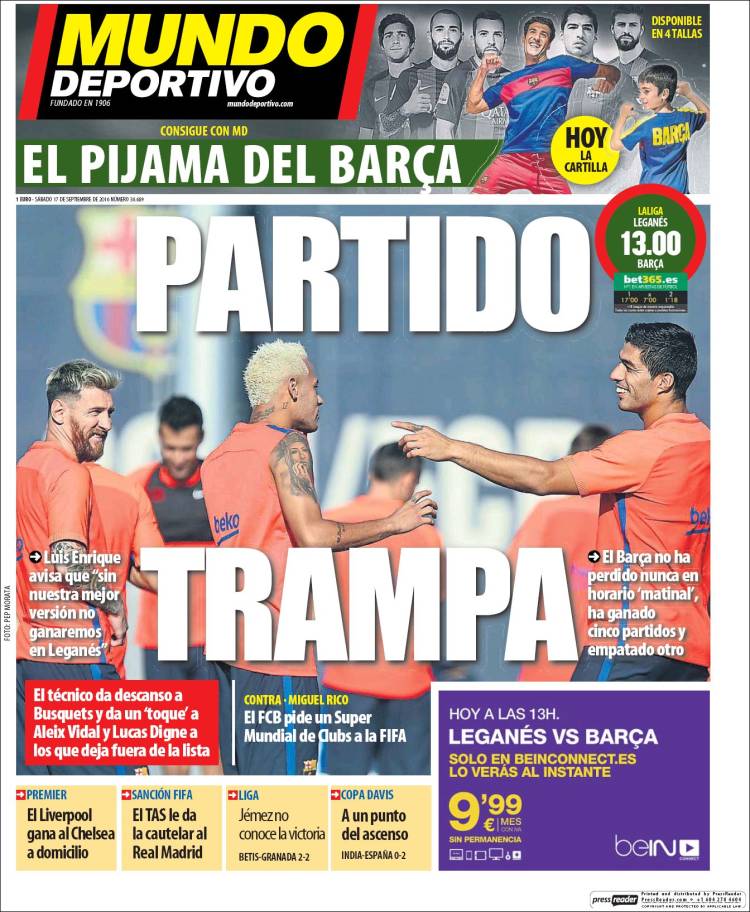 Luis Enrique warns that “without our best version, we won’t win at Leganes”

Barca have never lost in the “morning” hours, they have won five games and drawn one

The Coach rests Busquets and puts a curfew on Aleix Vidal and Lucas Digne, who are left out of the squad

Liverpool beat Chelsea at their home

Jemez does not know victory