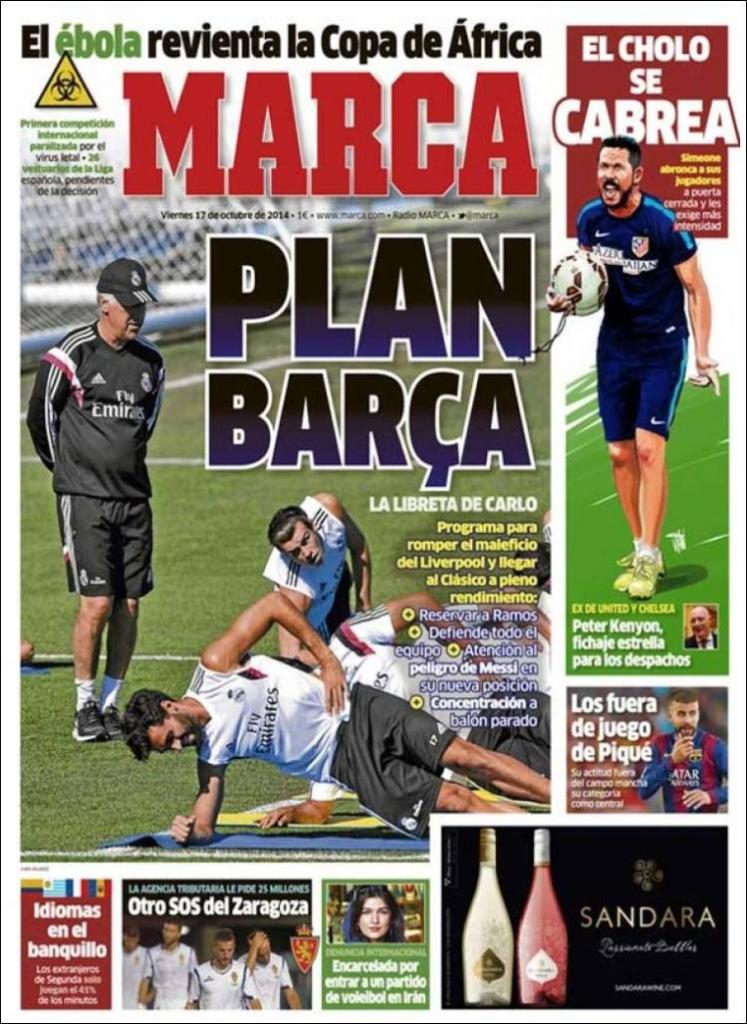 He will keep Ramos in reserve

Attention to the danger of Messi in his new position

Ebola disrupts the African Nations Cup; the first international competition brought to a standstill by the lethal virus

El Cholo annoyed; Simeone lectures his players behind closed doors and demands more intensity from them

Pique’s outside influences; his attitude off the pitch tarnishes his status as a central defender

Languages on the bench; foreigners in La Segunda get only 41 per cent of minutes played

Another SOS from Zaragoza; the tax agency asks for €25m 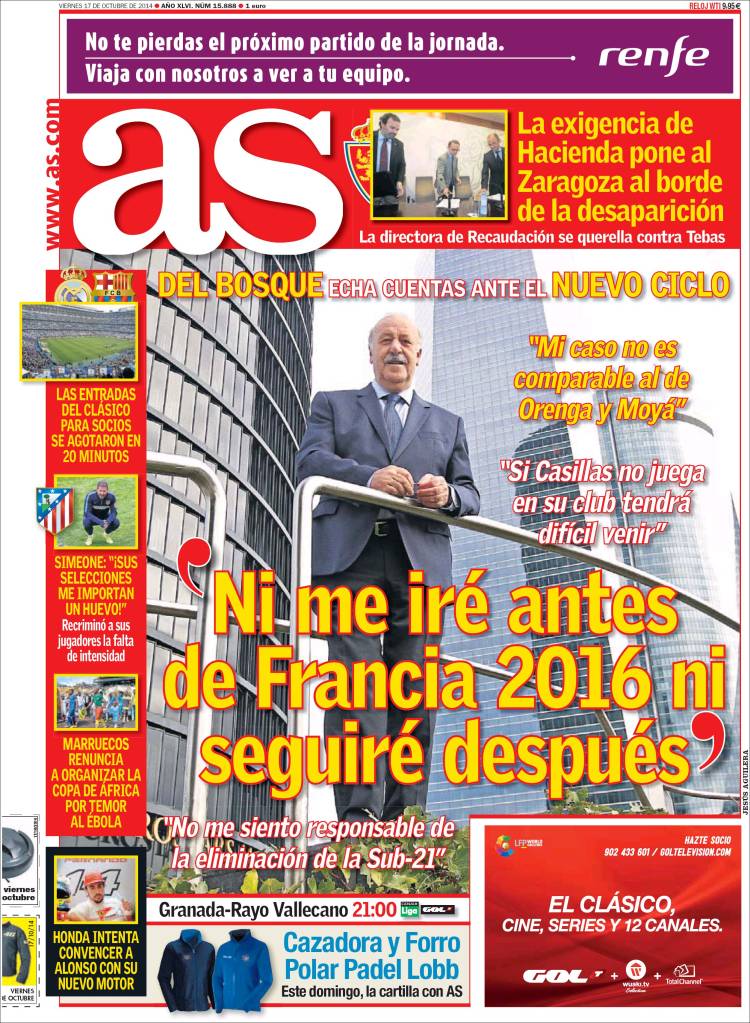 Del Bosque takes stock ahead of the new era

“I won’t go before France 2016, neither will I continue afterwards”

“My case is not comparable to that of Orenga and Moya”

Tax authority demands push Zaragoza towards the brink of extinction

Clasico tickets for the members sell out in 20 minutes

Simeone: “I don’t care about his national team!”

He accuses his players of a lack of intensity 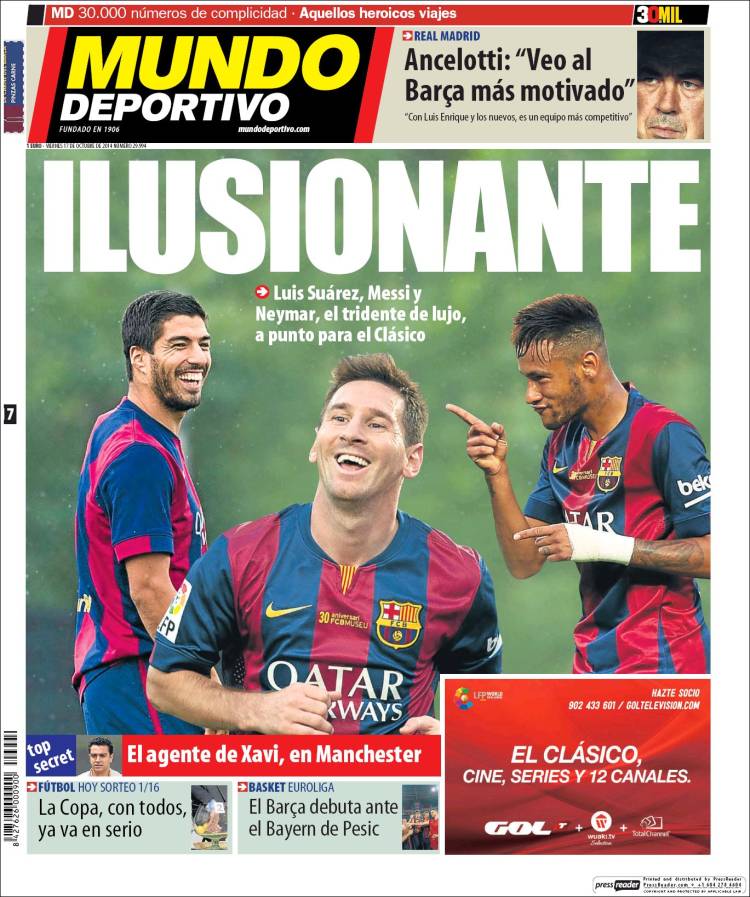 The draw for the last 32 is today; the Cup, now it gets serious

“With Luis Enrique, along with the new players, they are a more competitive team”